With the past years rise of web 2.0, javascript frameworks have developed and made it easy for the average webmaster to make his site more dynamic. One of those frameworks, jQuery, has become extremely popular due to its ease of use and its incredibly light weight. Following are ten jQuery scripts to improve your site’s interface. 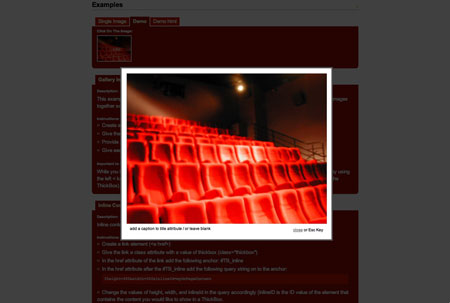 Focus on some content, image or webform, through a modal window.

When to use it? When don’t want your user to leave the page and give him more informations, show a bigger version of an image, ask him informations in a form or display a login box.

When to use it? When you want to save screen space, but still give quick access to the hidden information. It’s often used in widgets in WordPress premium themes. 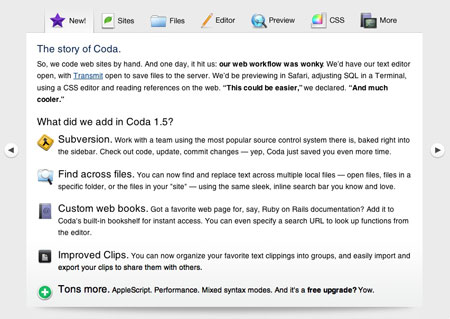 When to use it? Just like in Coda’s case, this slider script is great to introduce a product or a service by sections. The user gets a quick overview with intuitive navigation.

Script, demo and documentation
WP Coda: A great WordPress theme that allows you to easily create a Coda-like website with WordPress. 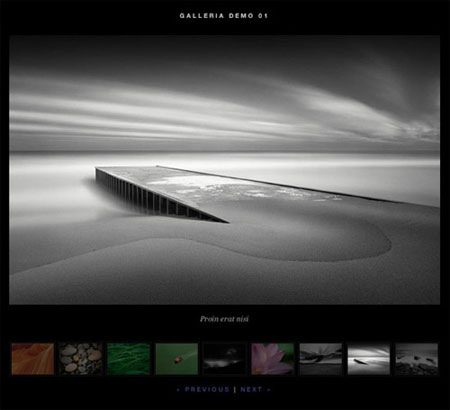 Galleria is a javascript image gallery written in jQuery. It loads the images one by one from an unordered list and displays thumbnails when each image is loaded.

When to use it? To show a set of pictures of an event, or to display images of a product.

Tooltip solution based on jQuery, flexible and customizable.

When to use it? This script is great to give in-context information or help to user, works well in webforms to make sure that users will fill it the right way. Be careful of not overusing tooltips as they can quickly become annoying if useless. 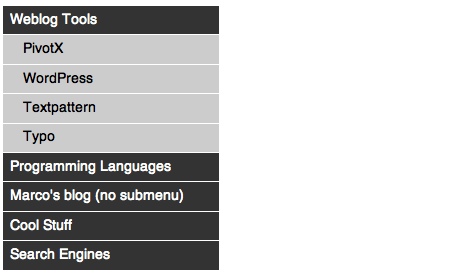 When to use it?

Create a sliding gallery with your images/products.

When to use it? When you want the benefits of a normal sidebar menu, but do not have the space to list all options. When you only have two levels to show in the main navigation.

Validate your forms with this jQuery plugin to avoid receiving badly filled forms.

When to use it? In almost any form, it helps your less tech-saavy users to understand what they’ve done wrong by highlighting their mistakes.

Insert unobtrusive messages in your browser, just like Growl does in Mac OSX.

When to use it? If you call your user to action but don’t want him to leave the page, this can be a good way to confirm that his action has been registered. It can be for an e-commerce site when a user adds something to his cart as well as for confirming a message having been sent.