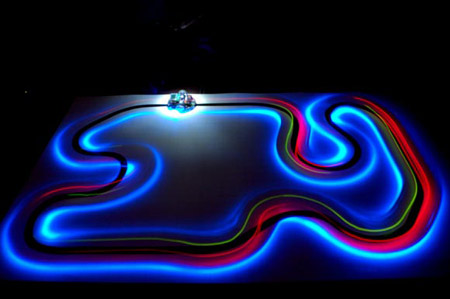 Photography is the art of capturing light, originally on light-sensitive paper, and today more commonly by means of digital sensors. By playing with shutter speeds and moving lights in front of the camera, photographers can produce some astonishing images. Long exposure times can create lighting that seems to take on an otherworldly almost physical form, or reveal mysterious effects of natural light that are invisible to the naked eye. From light graffiti and light painting, to natural wonders and long exposure light performance photography, this post brings together twenty examples of this amazing art form. 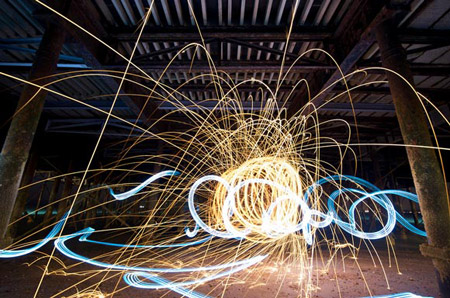 For this sparking image taken under a south coast pier, the photographer employed a Speedlight flash, a pair of Maglites, LED light sticks, coloured gels and absolutely no Photoshop trickery. The photograph is taken straight from the camera, using exposures of up to thirty seconds. 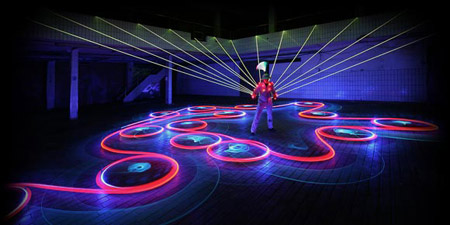 This stunning image is an example of light art performance photography (LAPP), which is a high-end evolution of light graffiti. The image is a single photograph capturing the movement of specially developed coloured lights and luminous tools. 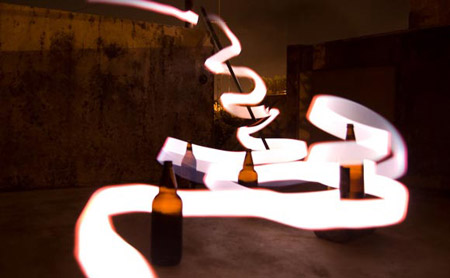 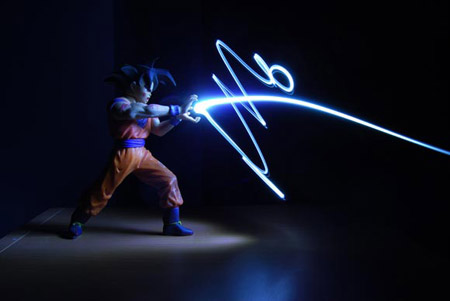 Goku is a Japanese manga character whose special abilities include firing energy blasts formed by chi energy. In this image, the photographer uses light graffiti to give a plastic Goku figure this superhuman ability. 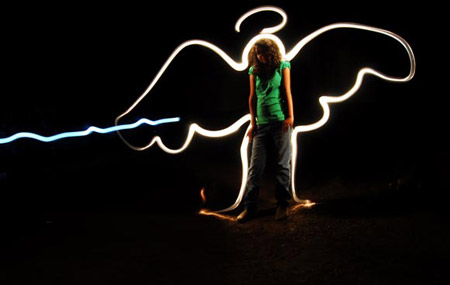 Eric Castro paints a pair of angel wings on his model in this photograph. 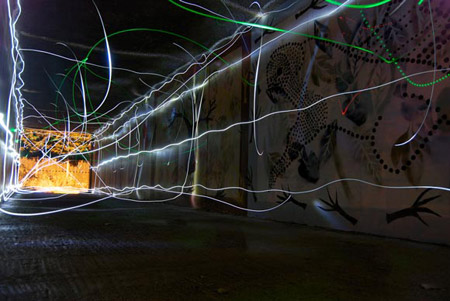 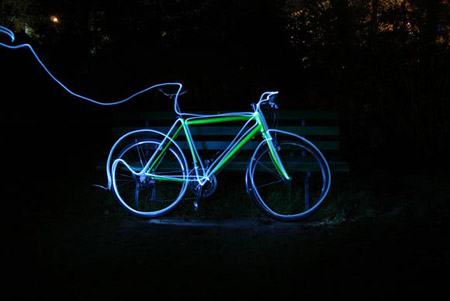 In this image, the photographer has painted the frame of his bicycle using the front light. 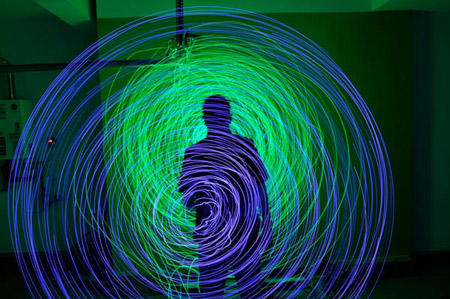 Tom Arthur used green and purple LEDs to paint the spiralling trails in this image. 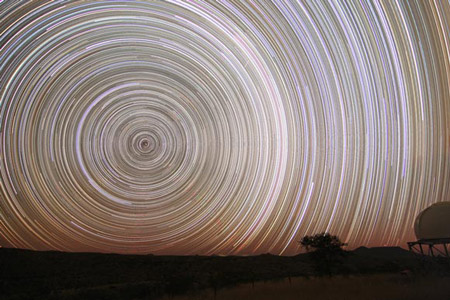 Josch Hambsch achieved this awesome photograph by aiming the camera at the sky and leaving the shutter open for an almost all-night exposure of eleven hours. The stars’ trails reveal the spinning motion of the Earth, in this instance the South Celestial Pole as seen from Namibia. 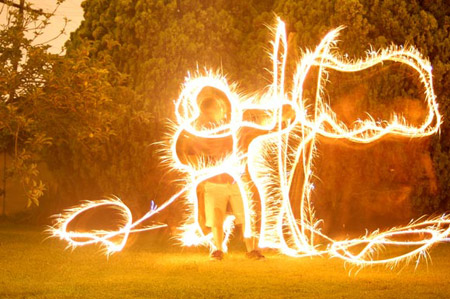 The light graffiti in this picture is painted with a sparkler. 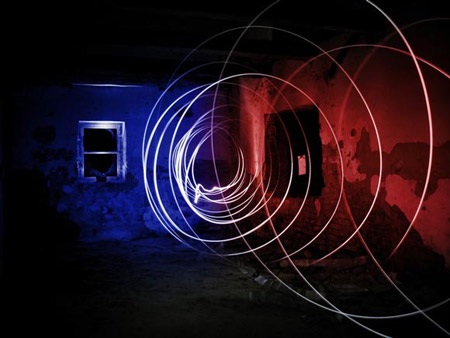 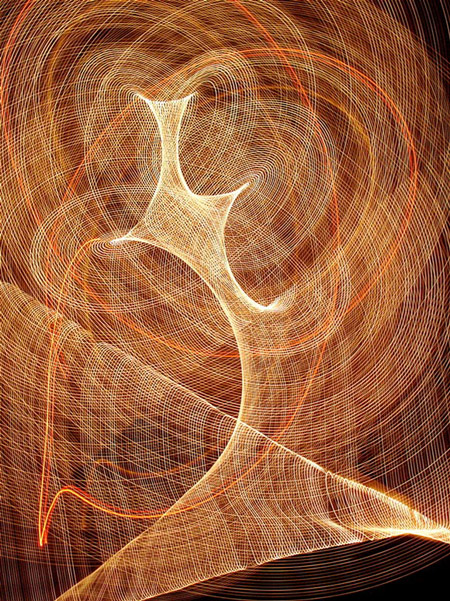 This photograph was made using a twenty-second exposure to capture the path of a Polou 3pi Robot following a course laid out with black electrical tape. The robot is fitted with red, blue and green LEDs to create the light trails seen in the image. 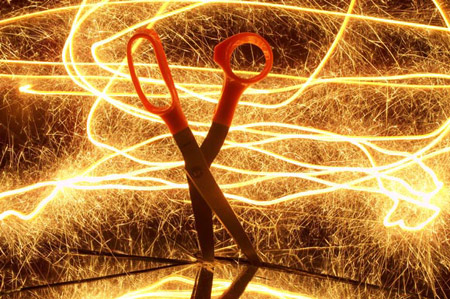 A pair of scissors jammed into a mirror and a sparkler were used to make this intriguing long exposure photograph. 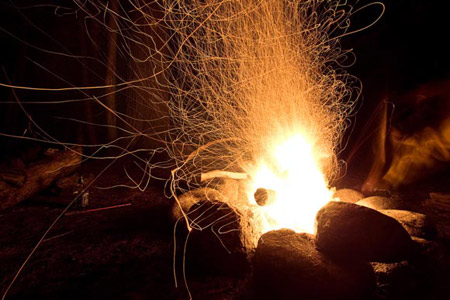 A slow shutter speed reveals the movements of glowing embers from a roaring campfire in this image. 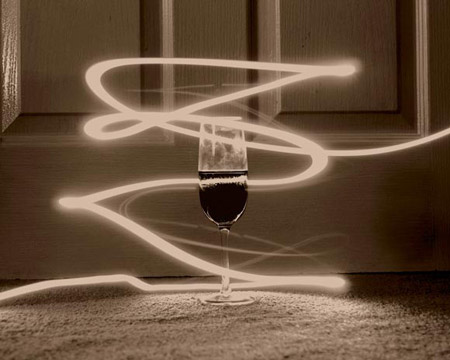 This stylish sepia shot follows painted light around a glass of red wine. 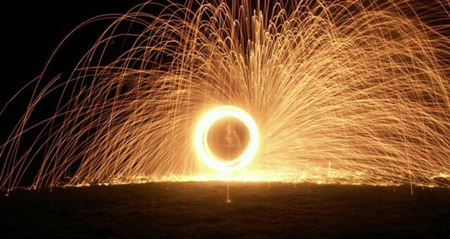 This long exposure photograph captures a fire dancer spinning wire wool held in chicken wire cages, which are dipped in paraffin and set on fire. 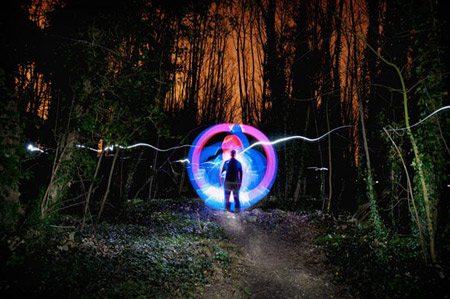 This beautifully composed woodland shot is made using red and blue lights. 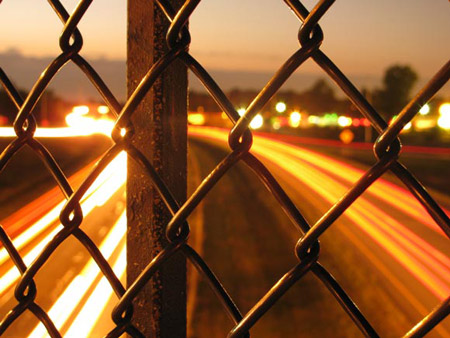 The stillness of the wire fencing contrasts nicely with the streaming lights of the traffic on the interstate freeway in this long exposure shot taken near Burnsville, Minnesota. 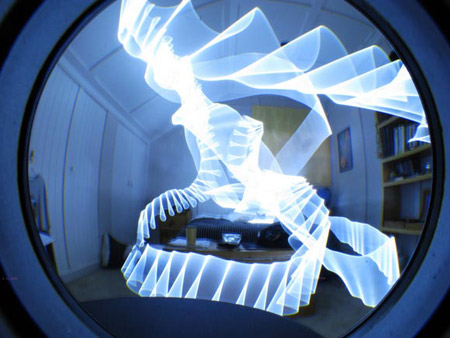 In this fish-eyed view, a two-minute exposure records the movements of a cold cathode light creating strangely supernatural effects.