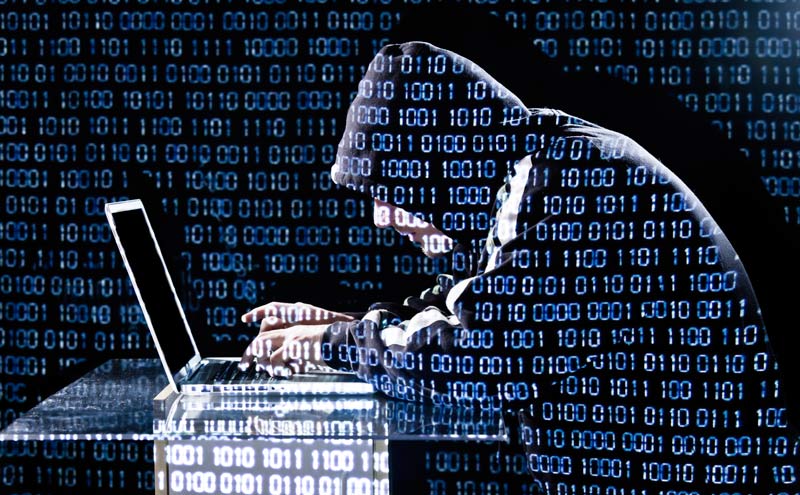 The cyber security industry is a hot one these days, and more viruses are launched every day. There are increasing cyber attacks against major institutions, and as public access to more computing power becomes easier and easier to come by, the resources available to hackers to commit cybercrimes are growing. And graphic and website designers are often more vulnerable than many other users, because they’ll often try to download tools for free or cheap from less-reputable websites and sources to save time and money.

But that’s a lot of information to process and make sense of. In order to help break down the importance of cybersecurity in this day and age, we’ve discovered a few stunning web safety facts which are incredibly important to today’s web and computer safety landscape.

Did you know that the estimated cost of cyber crime, averaged annually in dollars, exceeds 100 billion. And this number isn’t calculated using just the attacks on large corporations: but everyday users and individuals are also targets. As long as you have connections to the internet via a computer or cellphone, your information can be compromised. Sometimes it can be as simple as a hack which locks down your device until you pay a small fine. In other cases, hackers will scrape bank account data to make illegal deposits.

The Most Expensive Virus of All Time

To date, one of the most expensive hacks of all time was the MyDoom virus. This virus alone cost roughly $38 billion in damages. A simple e-mail worm which reportedly began in Russia, the author of this virus was never located by authorities, and evades detection or capture to this day. Sure, the whopping $38 billion is just an estimate of damages… but it’s enough to make anyone think twice before opening suspicious emails.

Almost 100% of Computers are Vulnerable

It’s true that you can never completely protect yourself from hackers, and that no computer is entirely secure. But computers which run Flash, Adobe Reader, or Java are all a little more vulnerable than those which don’t. Software vulnerabilities in these and other programs allow computers and mobile devices to be exploited just a little more easily. Sometimes all it takes to allow a hacker to gain access to a computer is clicking an infected ad banner. Even worse? Some websites don’t even know that the advertising banners on their websites are infected, as in the recent case with Forbes. Don’t be like most internet users, and run your antivirus protection infrequently; try and run weekly check-ups of your computer to identify malware before it costs you.

There are more than 1.6 billion users on social media websites around the world. This means that these represent the biggest number of potential targets for hackers, because once they find vulnerabilities in the social media website, they have access to millions of users’ information. One of the most common tricks is for hackers to create a dummy account which imitates another person with a large friend network… and then to send everyone in that network links with infected links. Because the links and messages look like they come from a trusted source, users are much more likely to click them!

The Government Makes Malware, Too

Surprised? You shouldn’t be! Governments all around the world create malware of all kinds to assist in espionage programs or to develop into web-based weapons. In the past several years, there have been public discoveries of quite a few government-made malware and viruses. One of these is Stuxnet, which is largely believed to have been created by a joint Israeli-American task force. Of course, the government hasn’t officially owned up to it, but anonymous individuals speaking to a nationally-syndicated newspaper suggested that it was created to bring down Iran’s nuclear capability. Stuxnet targets the mechanisms which control automated mechanical processes by exploiting 0day flaws.

It’s a difficult question to answer! We recommend using the best web safety practices when browsing the web and checking your email, and running a suite of web-security and malware protection software regularly. It doesn’t help to have safety programs installed if you never use them! And doing so will help put you in the ‘more safe’ category: believe it or not, most users don’t activate their safety programs enough to keep them adequately protected. And unfortunately, designers looking for free design tools can be more vulnerable than many other users, because they’re frequently clicking unverified links and downloading collateral from the internet.