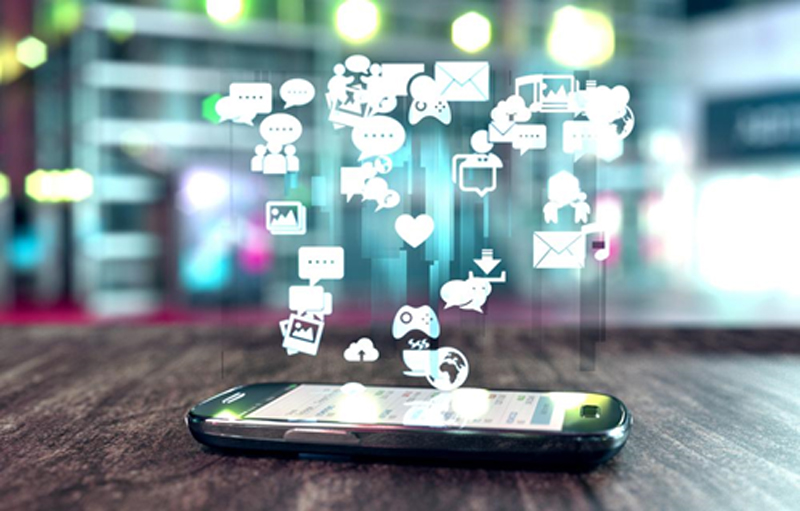 You can see it everywhere: Heads buried in their mobile devices, completely oblivious to the world around them. Sitting in their cars, staring down while the light has already turned green, with their kid looking up at them forlornly, waiting to be pushed on the swing, or as you dive out of the way before getting barreled over on the footpath. We are utterly obsessed with our phones, often to the exclusion of everything else that is going on in the world. Time on mobile devices comprises 65% of all time spent consuming digital media. That’s a huge proportion, and it’s getting bigger. It’s no wonder that apps are such huge business, with legions of companies competing for all that attention. Today we’ll look at a few prominent ways in which app developers are vying for that decisive edge.

AR has been hot ever since Pokemon Go took the world by storm. Digital minds all over the world have since been experimenting with new and exciting ways to AR-infused apps to the marked. One app developer in Melbourne devised a way to assist travelers to get their luggage and to their gate in unfamiliar airports. Another company in New York devised a slick app that allows you to superimpose tattoo designs on your body through your phone’s camera so you can see what it will look like before taking the plunge. Whatever the application, the potential for this amazing technology is limited only by our imaginations.

Technologies that can be worn on the body have enormous power to integrate with mobile and desktop apps. Fitbit is a great example of this and has been a great success that has spawned numerous copycat products. Breakthrough technologies such as Apple Watch and Google Glass have underwhelmed commercially and in terms of winning hearts and minds. However, it is almost certainly just a matter of time in until someone gets the right recipe.

It’s Murphy’s law of Apps. You download a seemingly amazing app that promises to be your next best friend, only to have it sit on your device unopened and unloved for months. Eventually, you delete it, casting it into digital oblivion. Then, the very next day you encounter precisely the situation in which you could have used the app, and you curse in frustration. Instant apps promise to change all this. Rather than clutter your device with a million apps that you rarely if ever use, instant apps can be accessed instantly from the Cloud, without downloading or installation.

AI is one of those controversial topics that is at once exciting and yet downright scary. The specter of machines that can learn how to think like us and take over the world might be the stuff of science fiction. However, with AI started to take over people’s jobs, predict our online behaviors and outsmart human hackers, it is clear that we need to think very carefully about how we use this sensitive technology. Like most things, there is plenty of opportunity to use it to better our lives. AI applications that understand how kids learn and tailor educational programs to their individual needs are just one way that we can harness AI to make a positive impact.

Ever since Mark Zuckerberg announced that he would build an app to interface with the bot that pretty much controls his entire house, the world has realized that IoT is not just a catchy buzzword. We can expect to see the intersection between those ubiquitous icons on our phones and the things that we use every day continue to grow.

We’d love to hear what you think are some other exciting trends that will impact the mobile technology world!