How to start developing a game?

To create a quality product, it is necessary to give time to the idea, select the team, to build the game development and testing plan in equal measure. But, of course, game development by a large game studio differs from a small team’s creation of a similar project. In the latter case, some stages are simplified, combined, interchanged, or worked on in parallel. But the main points remain unchanged, so let’s talk about them.

If you want an example of a game that can be developed, you don’t have to go far. Play here to see examples of slots that can also be developed with experience.

Making games is not entertainment. Even if we do not touch professional work in the game production industry, an amateur project is not entertainment in the literal sense. But, of course, working on the realization of your ideas brings a certain satisfaction. It is convenient as a means of self-fulfillment, but… As already mentioned, the most enjoyable moment is the birth of ideas and their development, but then inevitably come the “workday” with their repetitive actions, tedious, laborious work, and things that do not really want to do (and since the game creation – quite diverse work, such things will undoubtedly be, primarily if you work alone). As a result, such a swamp sinks motivation and, with it, the desire to do their project.

Be prepared for the fact that even a relatively small game project can take you months to complete. Think about it – are you motivated to keep working on your idea even after the initial excitement has faded? I probably won’t be mistaken if I say that the share of projects not completed and abandoned at different stages of development tends to be 99%. You wouldn’t want to add your idea to that number, would you?

A separate mention should be made of the question of learning English. It is obvious that the game industry overwhelmingly uses English as the language of international communication. Sure, there are national markets and their developers who speak their language, some of which can be pretty large and even huge – but this does not negate the fact that development tools, tutorials, and documentation almost always use English.

Knowledge of English is a critical factor that significantly impacts the path to becoming a game developer. Even from a purely practical standpoint, the ability to read and understand English texts is a huge bargaining chip in the fight for a place in the sun.

Start small. It’s recommended to make your first game Pong-game or Flappy Bird level, then something Mario level. With guides, it won’t take long. The engine is not essential for starting. Choose one based on the languages you know. I’d recommend going with the hardest one. These projects are small enough to write them yourself, even in C++, and understand the essential elements and patterns. If you do these two projects to a winning point and don’t lose the will to continue, you’re welcome to GameDev.

Once you’re done with your Mario remake, take on your dream game. First, clearly articulate the idea in text form, and write out the gameplay and storyline. Then, if you’re good at drawing, make concepts. Try always to see the final point. It is more important than it seems. Sometimes, there won’t be noticeable progress in the work for weeks. The plan may change a dozen times, this is normal, but the goal must be clearly defined.

Once you have the final idea figured out, get to the engine. An excellent universal choice is a Unity. For experienced programmers not interested in mobile platforms, go for Unreal Engine. Both engines are used in the professional industry, are free for startups, and have plenty of accessible assets. As a bonus, you’ll qualify for studio jobs once you achieve a decent skill level. Of course, your idea may not make the shot, and a backup doesn’t hurt.

There are dozens of good engines. Suppose you prefer another one, whether because of the language or the IDE, feel free to choose it. There is no one right way to go about it.

It is an essential point that young developers forget. Until recently, it was a stumbling block, but the growth of the indie sector has created a vast market. Look at the list of free or cheap resources in Unity and Unreal Engine stores, it will help to orient and inspire. If you choose a different engine, I assure you, a Google search for “free assets for <your engine>” will give you results. There are also universal libraries like cube brush or sketchfab.

All this will not replace a graphic designer for an ambitious project, but it will help you build a small game.

The situation with audio is similar. Here are excellent services with game sounds open game. For background music, bensound or incompetech are great. Soundcloud can be a gold mine, but there is no navigation; you must listen to mountains of junk.

The game creation process can be roughly divided into two stages – pre-production and production: preparation for the release of game content and presentation. First, however, it is worth digging deeper to understand the essential subtleties.

In most cases, when creating a game from scratch, the product goes through 7 stages of development:

For obvious reasons, the processes of creating a game by a game studio and a novice indie developer are drastically different. Stages of game development, such as gathering analytics, playtesting, and soft-launch, will be eliminated for beginners. But here are a couple of warnings for the novice developer: 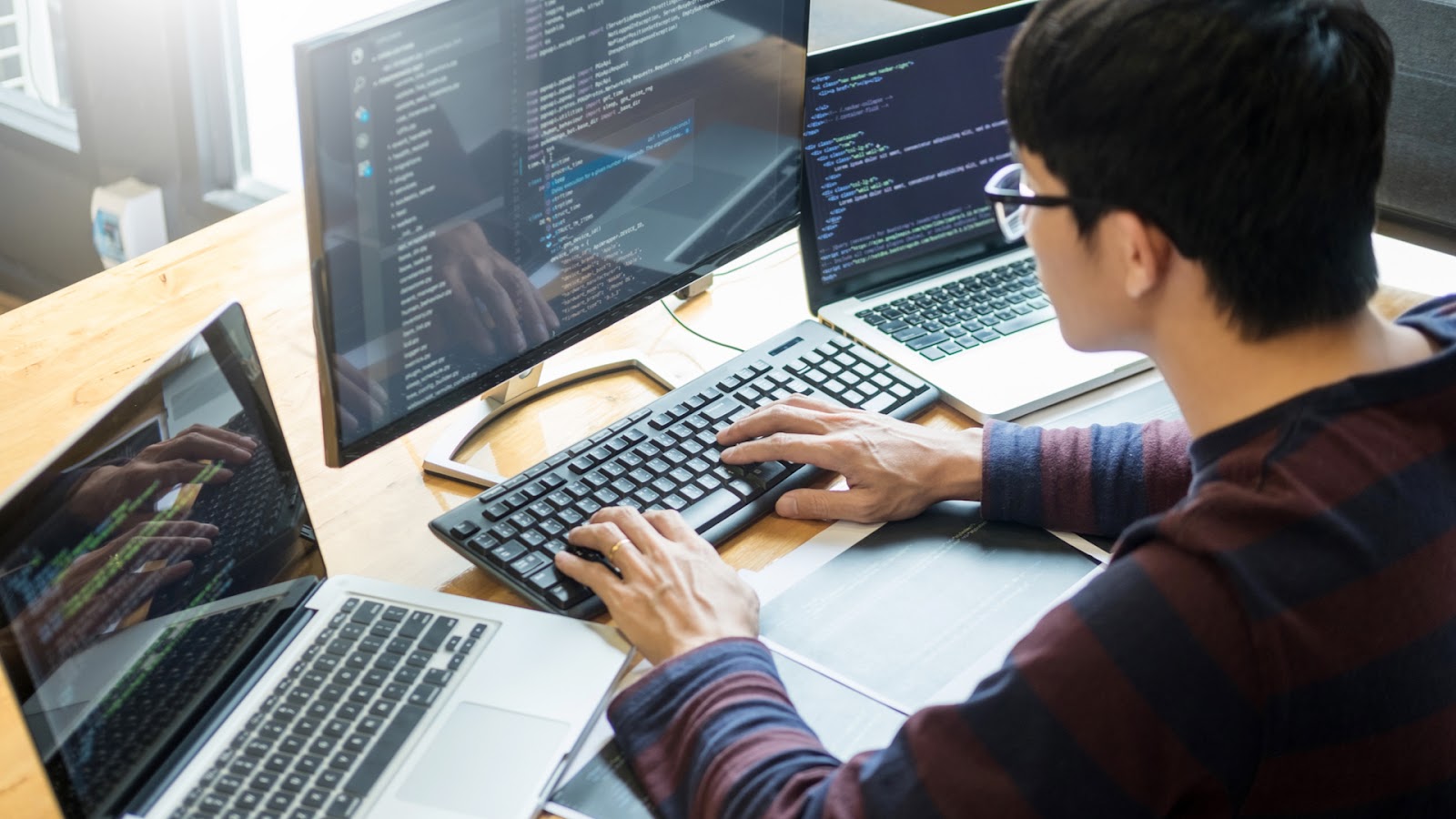 Video Game Developer: How to Get a Job

The game development profession requires knowledge of programming languages and constant development. It’s not easy for an aspiring game developer to find a job, but someone with experience creating their own game has a trump card up their sleeve. You can start your way in game development with free projects for your portfolio, on the freelance market, or by learning the basics as a tester or junior game designer.