Jim Bachor is a Chicago-based artist whose work took an unusual path. He creates street art pieces that also serve a public purpose, he fixes potholes with mosaics. At first, his mosaics were filled with flowers, but now he add ice-creams in it.

This project of his looks like peaceful protesting, but it’s much more than that. The artist actively contributes to society in two ways, he fixes public expenditure and he adds some beauty to this world. Bachor also creates other types of art, but it’s safe to say that he specializes in mosaics, with some cool contemporary pieces. 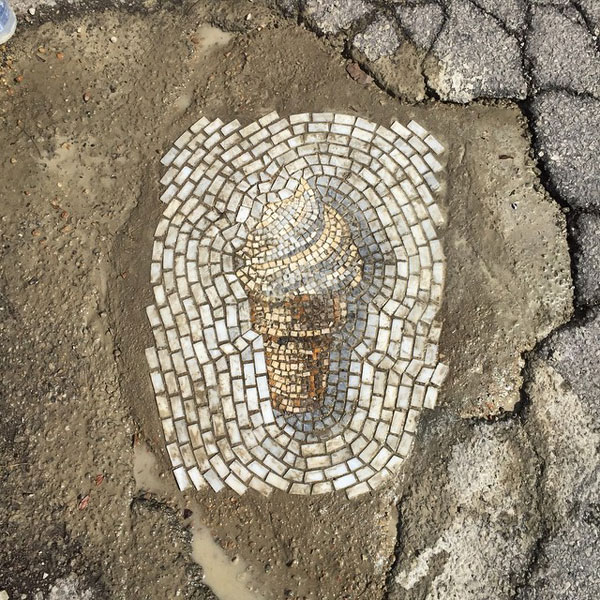 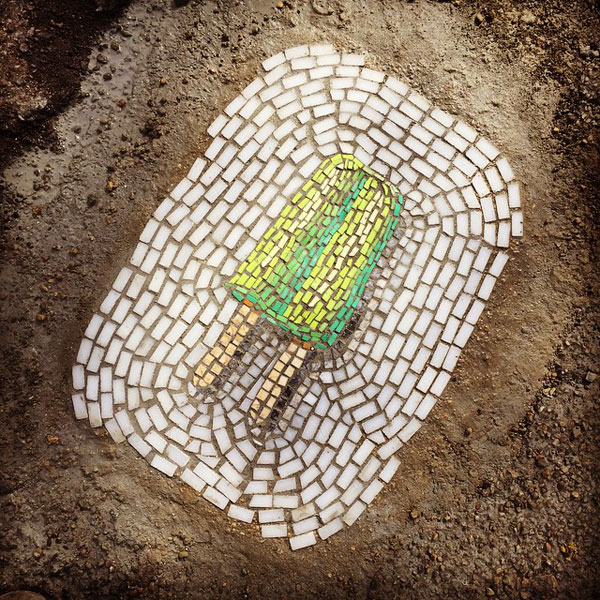 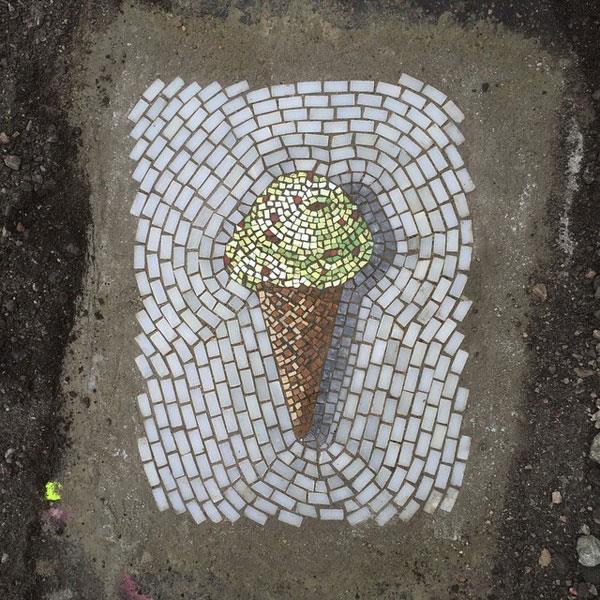 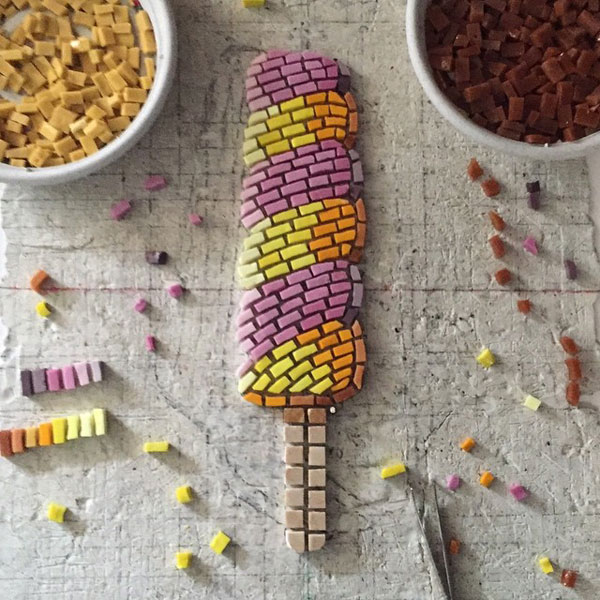 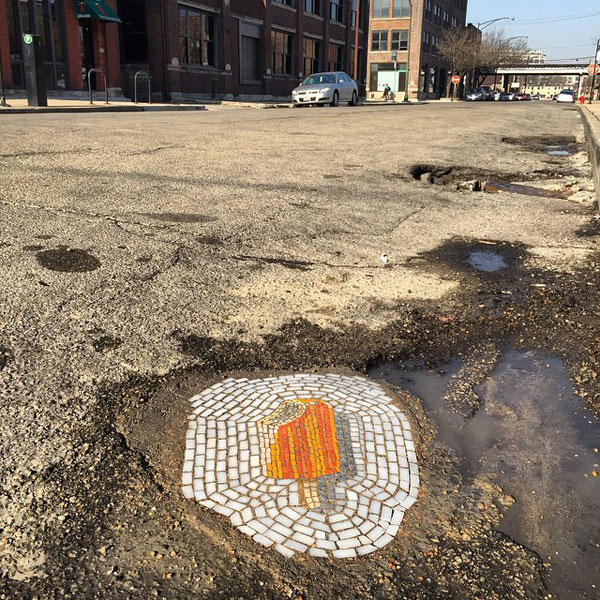