Is plain packaging the solution to the obesity crisis? 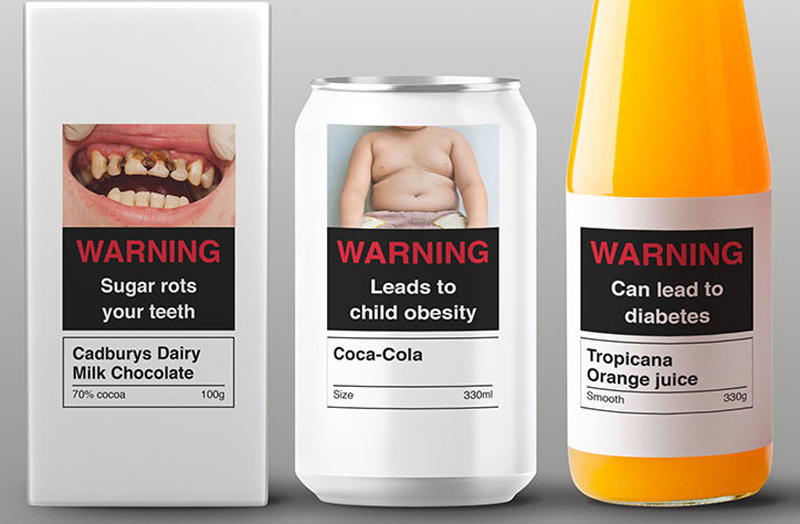 Around the world, in Western countries in particular, public office servants have been looking for solutions to the obesity epidemics and the consequent health issues generated by it. Some of the causes are well known, the increasing consumption of sugar and the lack of movement due to societal change.

Researchers have been suggesting to take the same route as for tobacco products: plain packaging. In France and Australia, among a few other countries, cigarettes are sold without branding and with shocking photos of the consequences of the substance abuse. While I’m not sure the shocking photos add value to this concept, the results in Australia seem to have been good.

As you can see in the image below, the Ontario Medical Association has published some advertising establishing a direct parallel between junk food and tobacco. 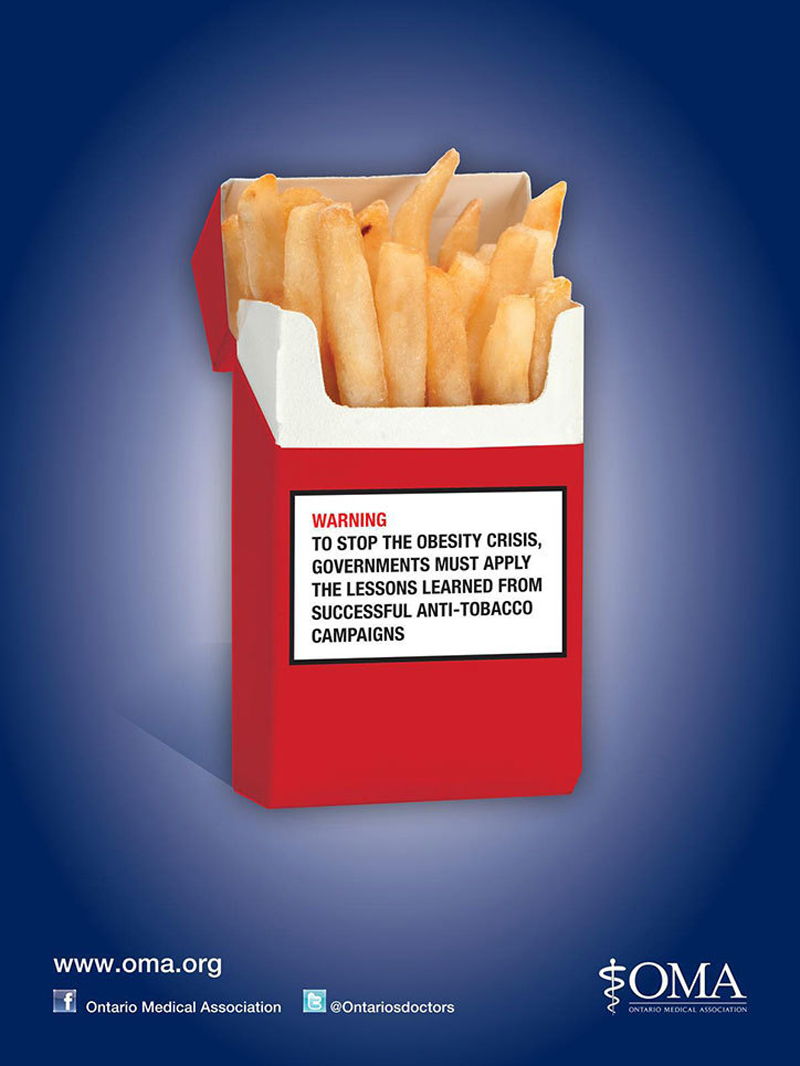 While food companies are fighting this kind of initiative with every legal path available, it seems that this kind of plain packaging is doomed to happen if we want to fight obesity more efficiently. Obviously, this is not good news for design agencies and branding specialists working with these corporations, but one would argue that the health of millions of people is more important than the wealth of a few.