How nazis designed a referendum form 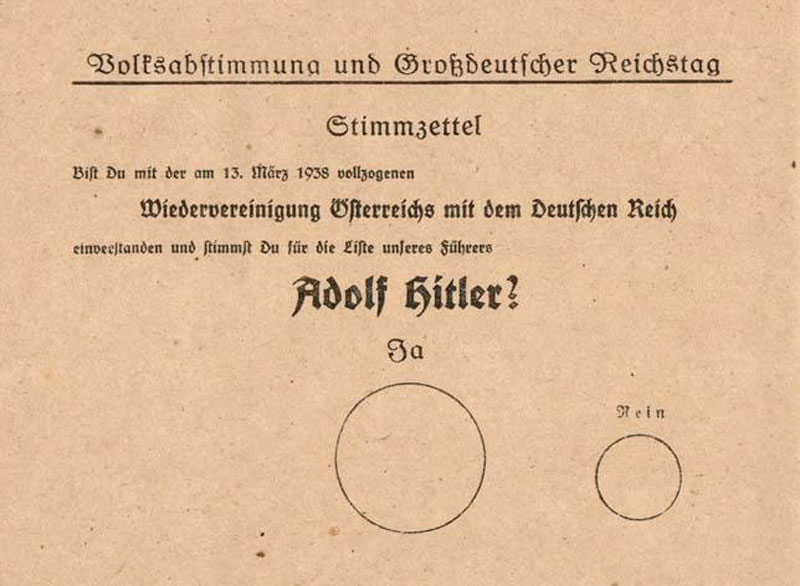 I found this gem on r/assholedesign, a subreddit dedicated to the art of douchebaggery in design. I suggest you start following the sub, as it’s a wonderful place filled with creative solutions found by designers to annoy the users of their designs.

This time, the assholes who designed were no other than the nazis. The form that you can see above was designed for a referendu held in Austria in 1938, to decide whether the country wanted to join the third Reich. In order to make sure the voters would not make a bad decision (in their opinion), the nazis decided to add some hierarchy in the answers. Interestingly, they also put Hitler’s name forward and made it look like a referendum for or against Adolf Hitler.

This illustrates that the design of elements like voting forms can have tremendous impact on society, we already showed it on Designer Daily before in this article.