A collection of creative ads for Lego

Lego is the amazing success story of a brand that created a very simple toy that appeal to kids’ imagination. However, although the product is at the center of the brand’s success, its advertising probably helped a lot in making the company a leader in its industry. 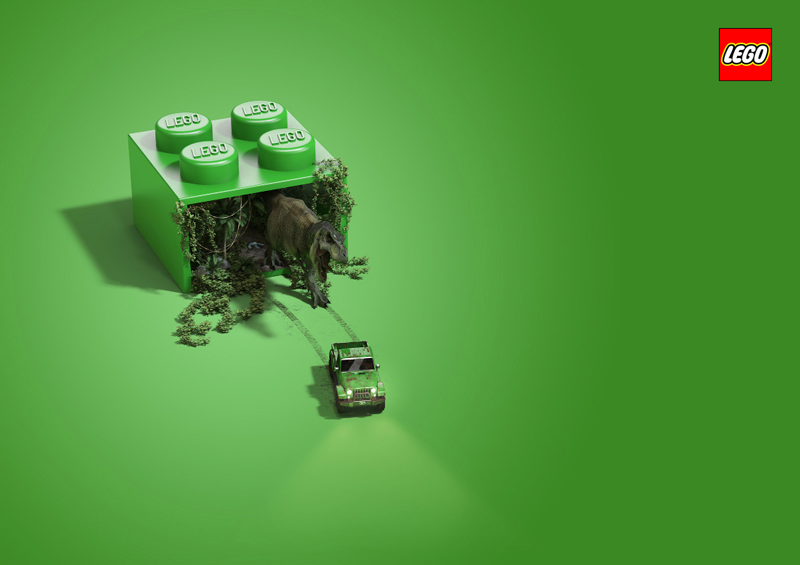 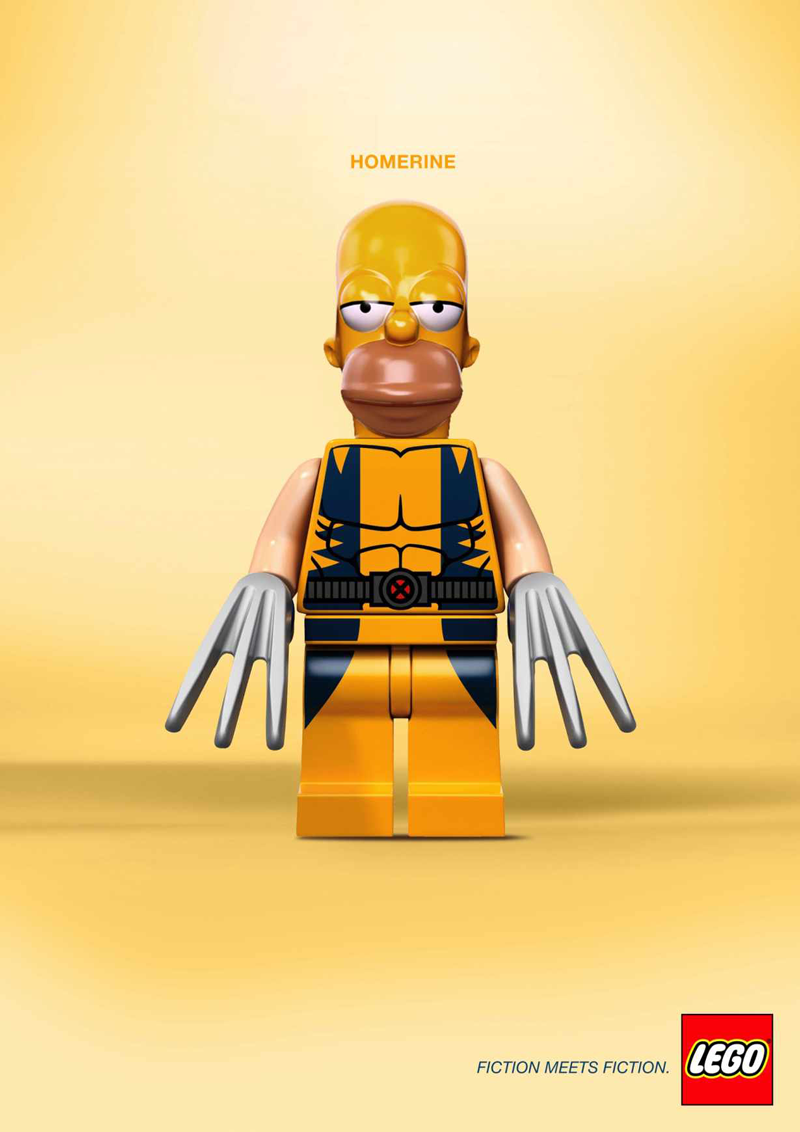 Homerine, Homer Simpson mashed up with Wolverine. Hard to do a more unlikely mashup, but that’s pretty much what goes on when you look at your kids play with Lego. Creative work by Alexandre Tissier of Monoloko. 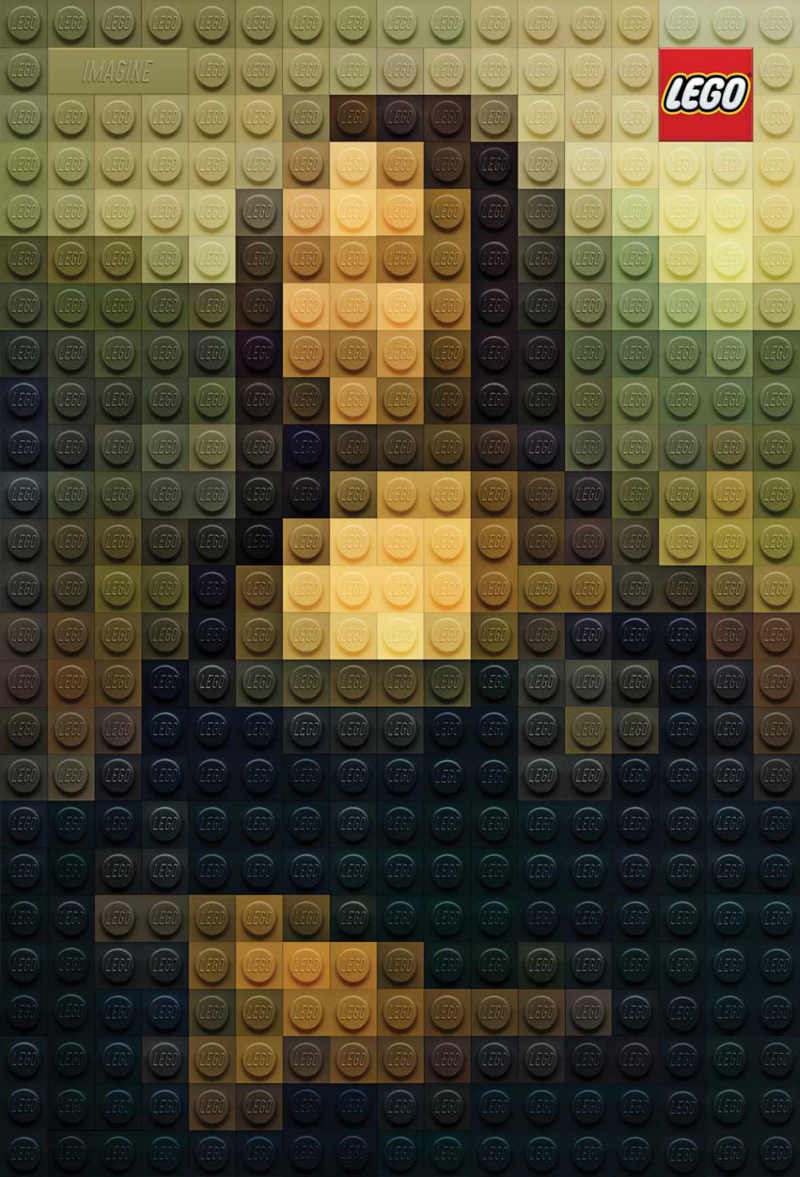 Lego Mona Lisa. Simple yet effective, Legos used to roughly re-create iconic artworks just works, even if the design is quite abstract. A pixel art creation by Geometry Global Hong-Kong. 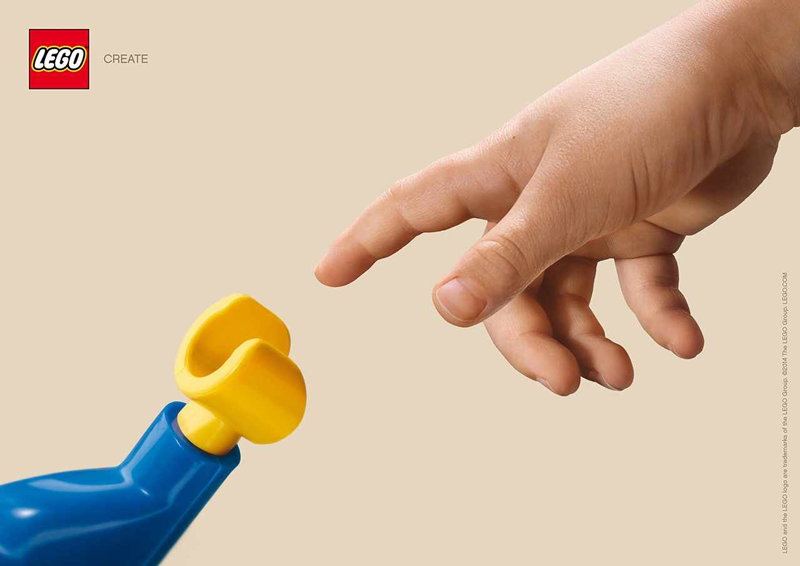 With a reference to Michelangelo’s masterpiece “The Creation of Adam“, this ad does wonders to encourage youngsters to create. The lack of fingers on the side of the Lego is not an issue at all. A coo creation by Jung von Matt Germany. Lego shadows. An ode to the imagination of anyone playing with Lego. Probably the best illustration of how Legos work, and a good explanation of the brand’s success. A minimalist design by Blattner Brunner. 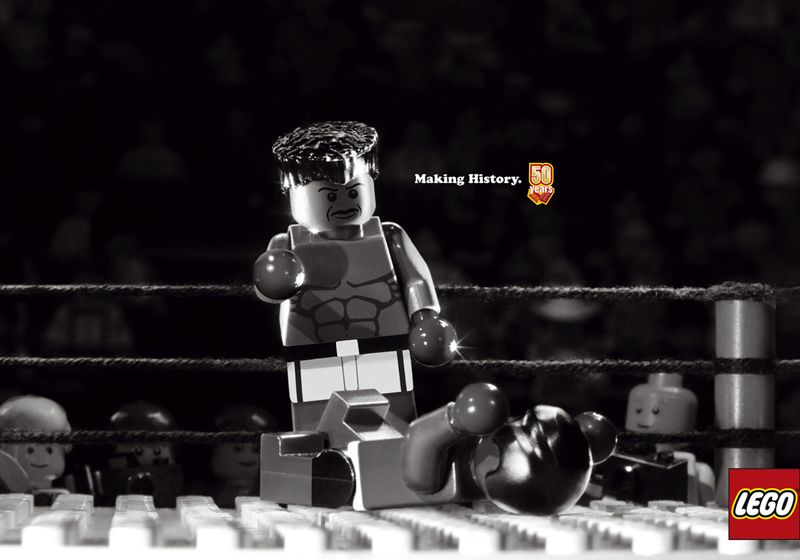 Making history. Part of a series of ads that re-created famous historical photos with Legos. This one is less political than the others in the series, but just as powerful. Work by Jung von Matt Hamburg. 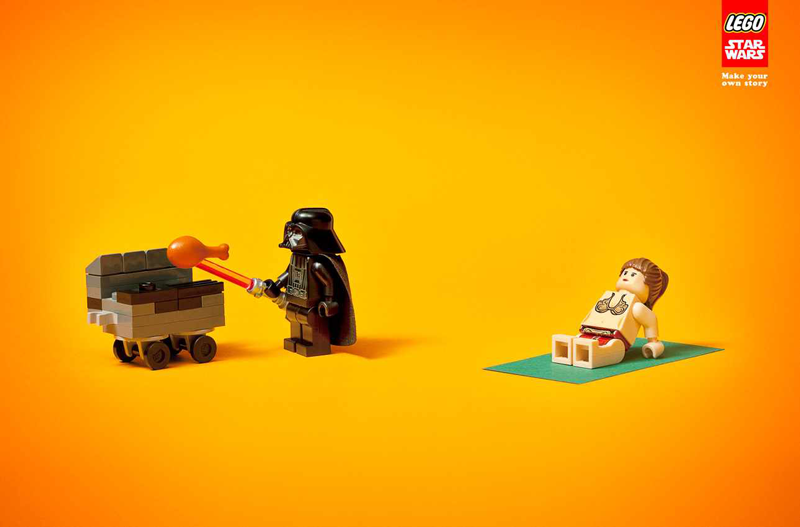 Star Wars Lego. An hommage to Star Wars with Darth Vader grilling at the barbecue with his lightsaber while Leia chills. A creation by the Agency Escola Cuca in Sao Paolo, Brazil. 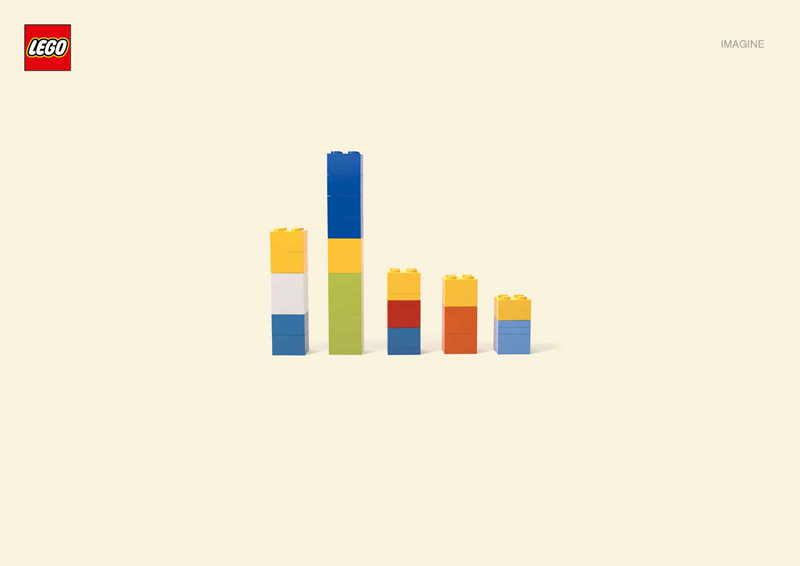 The Simpsons family. Yes, you do recognize the whole family created with only a few Lego bricks. Again, this creative ad was thought and designed by Jung von Matt Hamburg. 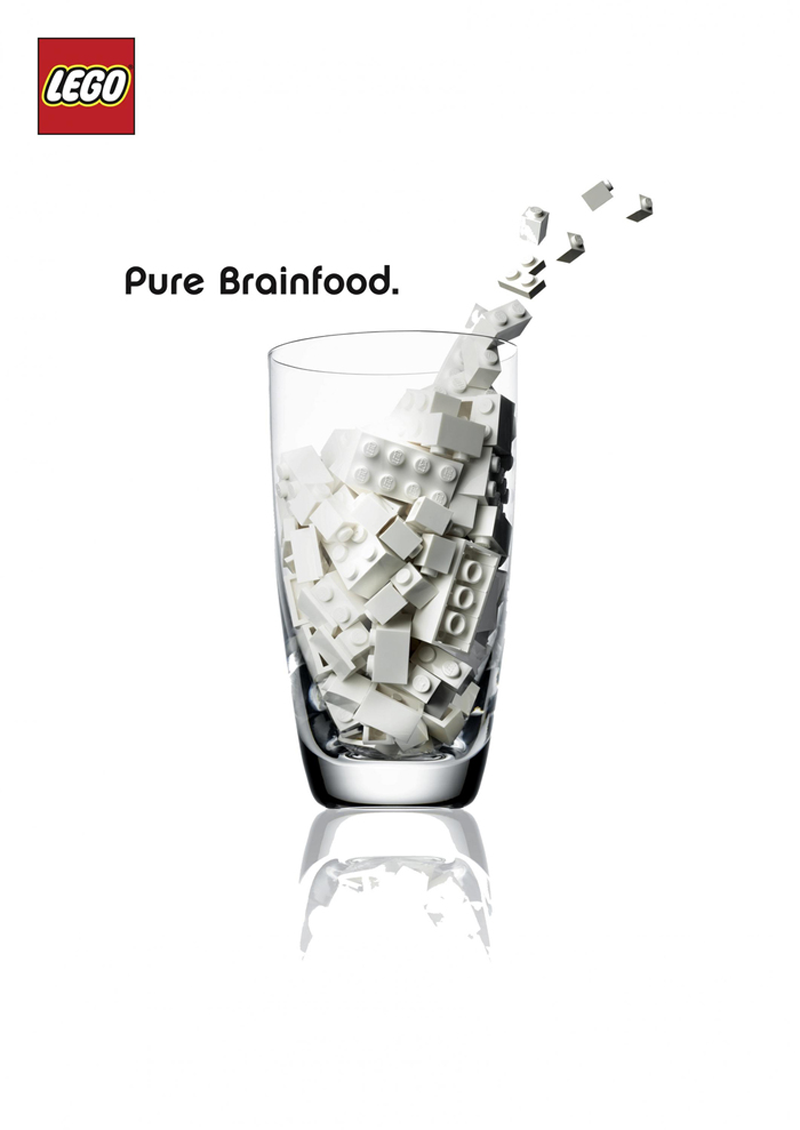 Pure brainfood. Here, have a glass of Lego, it’s good for your brain. The message is a bit less obvious or funny than in other ads featured on this post, but it’s still powerful. Design by Service Plan. Ambiant for Lego Education Center. Probably the only time people stepped on Legos without hurting their foot. 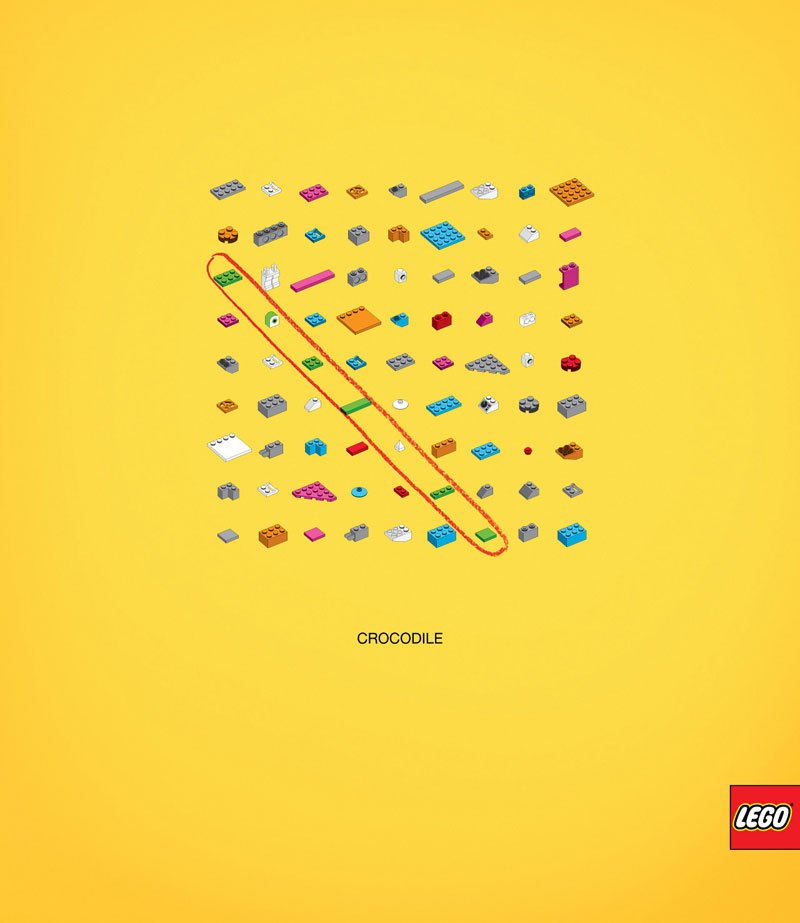 Lego crosswords. Yet another demonstration of the power of Legos. Artwork by TBWA Costa Rica.