In recent years, the number of designers has increased tremendously. Most of them are confined to their actual career goal, while some have changed tracks and started their own business.

Startup businesses focus a lot on innovation to solve problems. In a startup, it is easy to make quick decisions and execute them to carve out the best using limited resources.

It is relatively easier for designers to face the challenges of a startup since they built their careers with the ability of solving problems.

Nowadays, many startups create and deliver products or services whose entrepreneurs are designers.

So, after they’ve designed websites for other startups for quite some time, most designers want to create their own thing.

Here are some popular startups that were started or partnered by designers.

There is hardly any person who doesn’t know or hear about YouTube, yet few of them know Chad Hurley, who is definitely a successful entrepreneur, emerged from the design field.

He is the designer of the famous PayPal logo. His decision to boost up his career to the next level by launching YouTube, along with two colleagues from PayPal, was very successful. Later in 2006, Google purchased YouTube for $1.65 billion.

Airbnb was founded by Brian Chesky, and Joe Gebbia, a startup that made a revolutionary change in the hospitality industry like Uber did to the Taxi business. Chesky and Gebbia got to know each other while in the Rhode Islan School of design where Chesky earned a Bachelor of Fine Arts in Industrial Design, and Gebbia received dual degrees in Graphic Design & Industrial Design.

Airbnb is now doing business in more than 150 countries and earned a revenue of around $2.4 billion during 2018, and while you might do your own financial projections for this company and think it isn’t that big of a deal, I can tell you that it is now considered the third most valuable privately owned startup.

Flickr is one of the most popular image sharing sites was co-founded by Stewart Butterfield. He has been very successful as a designer, entrepreneur, and technologist. Flickr was acquired by Yahoo in 2005 when it had near about 80 million users.

Lynda.com is an online learning site that helps people learn apps, software, technology, innovative business skills, and achieve professional goals. It was founded by Lynda Weinman, a multimedia professor who is also an expert in special effect animation, web design, and graphics design, in 1995 as a digital platform that supports her books and classes. It was quite popular when LinkedIn acquired it in 2015 for $1.5 billion.

Pinterest is another popular social media web and mobile application company that was founded as a startup by Evan Sharp, along with two other cofounders in 2010. It was named the best new startup in 2011 by TechCrunch. The growth is fantastic since its launch, and they just keep going at it.

Mark Kawano was a ‘User Experience Evangelist’ in Apple just before launching Storehouse. Hundreds of software firms around the world seek advice to design apps for iPhone, iPad, and Mac from this former designer of Apple. He was the lead designer at Apple for quite a few years and also worked at Frog Design and Adobe as a UI designer. In 2015, TechCrunch named storehouse as the best-designed app of the year.

Dave Morin, a former designer at Facebook, who contributed to the modern FB timeline and FB connect, is one of the successful co-founders of Path. The path is a social networking app that helps to connect only close friends and family.

Foodspotting, a website and a mobile app for discovering, sharing, and recommending food dishes, was founded by Alexa Andrzejewski. She acts as the chief storyteller at Foodspotting and shares stories of her team, partners, and investors using sketches, designs, metaphors, and user stories.

Another successful startup among the hundreds is Kickstarter, which was co-founded by Charles Adler, a well-trained graphic designer who served Kickstarter as the head of design. Prior to starting Kickstarter, he also cofounded Subsistence, an online art publication site, and Source-ID, an interaction design studio. Talk about work ethic on this guy. At the moment, Kickstarter is considered the largest funding platform for innovative projects.

Since its inauguration, the funding is around $2billion on more than 98000 innovative projects in the field of music, art, film, technology, games, apps, designs, food, publishing, and other creative fields from more than 10million users.

Push Pop Press is an online publishing company founded by Mike Matas, who is a UI (User Interface) designer. The company’s first successful digital publication, working together with Al Gore, is Our Choice, the first full-length interactive book in history. Prior to starting Push Pop Press, Mike worked as a user interface designer of the iPhone, iPad, and Mac OS X at Apple.

Scott Belsky is a designer and co-founder of Behance, a popular online platform for designers and professionals of creative background. He is mostly popular for his book ‘Making Ideas Happen,’ in which he describes the best way to implement ideas to achieve tasks. Fast Company also featured Scott in the list of 100 most creative business people around the world.

Jack Dorsey, a successful entrepreneur, and designer started Square Inc., a mobile payment platform and merchant, together with Jim McKelvey, in 2009. It has been successful over the years, and more than 30 million business organizations use Square to facilitate their transactions like credit card payment and sales tracking. The company has launched ‘Square Cash App’ in 2017, which allows people to use bitcoin. A lot of people compare Square with Stripe, yet there are some differences.

Jeffrey Veen is another designer and web developer who is also a successful entrepreneur. He co-founded the Small Batch, Inc., where he is the CEO and the Head of a team of Developers and Designers who work to create user-based web products. Typekit is their team effort, which provides subscription font service and is already widely praised for its contribution to featuring real typography on the web.

Etsy, a US e-commerce site that sells handmade products, vintage items, and craft supplies, was founded by a designer named Rob Kalin. This site is specialized in providing a wide range of vintage items such as art, apparel, jewelry, furniture, bags, home décor, and utensils. An item must be at least 20 years old to fall into the vintage category. 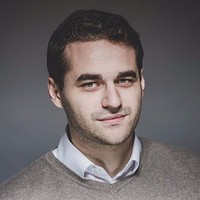 Bogdan is a designer and editor at DesignYourWay. He's reading design books the same way a hamster eats carrots, and talks all the time about trends, best practices and design principles.