When design is hostile on purpose 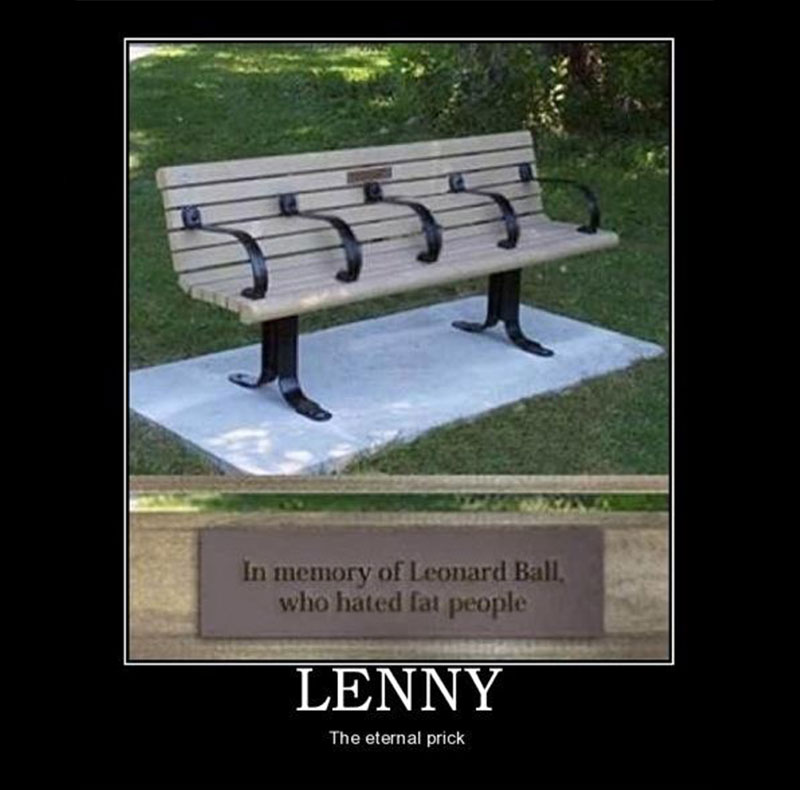 The image above has been going viral on the Internet for quite a while now. It shows a bench that is not usable by anyone who is slightly overweight, in memory of Leonard Ball, who supposedly hated fat people.

I don’t know if this bench exists of if it’s fake, but it doesn’t matter, it serves as a wonderful introduction to this post about hostile design. This bench embodies the fact that you can design things that will simply not be usable by a specific type of people, or by anyone at all. In this case, Leonard is called a prick, but we shouldn’t forget that our cities are using hostile design to discourage people using their infrastructure in a destructive way. 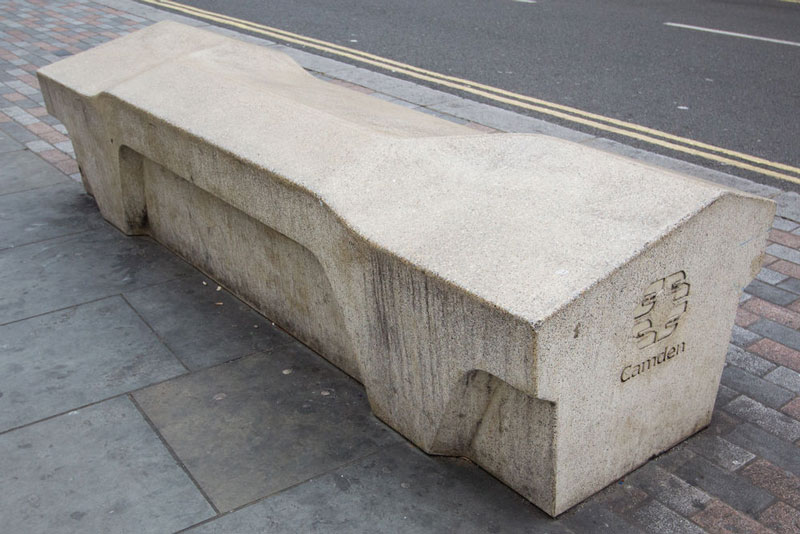 In the example above, you can see a “bench” designed by the city of Camden to prevent graffiti, theft, sleeping, littering, and other unpleasant things. The result, an ugly bench nobody wants to sit on. At that point, why even put a bench there?

As Nietsche once said, the State is a cold monster. You can clearly feel it in the hostile designs released by administrations around the globe. What we need to understand is that the hostility of these designs is targetting only the weakest people in our society. Marginals and bums are the only ones who need to sleep outside, is it really a problem if they sleep on a bench? Furthermore, does it solve anything if benches are unusable for taking a nap? I would be tempted to answer no to both of these questions. 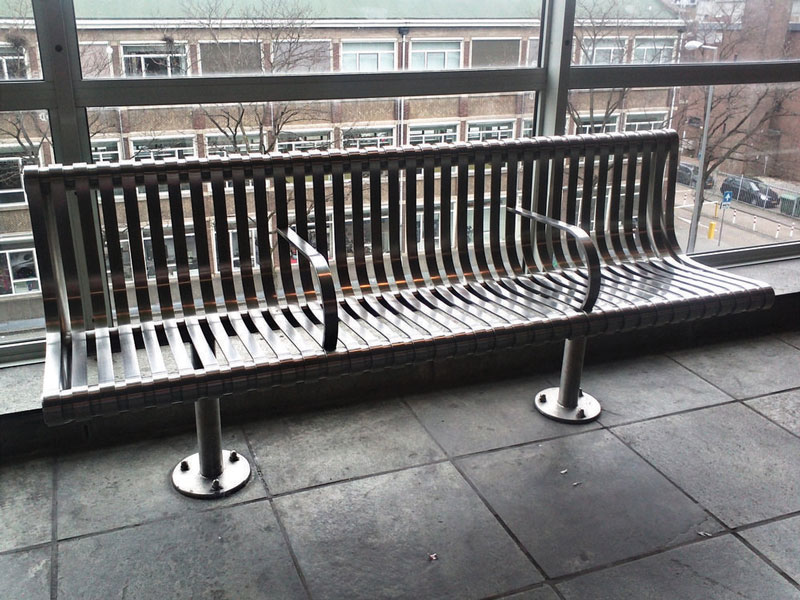 This other example is also a bench with an armrest that prevents you from lying down, like the ones you see in every airport. There are however other examples of hostile designs, like paint that prevents you from climbing, blue lights in public toilets so they can’t be used by drug addicts, or high-pitch sound emitters that can be heard only by young people, among others…

If you want to go further with this topic, I suggest that you take a look at the book “Unpleasant Design” , by Gordan Savicic and Selena Savic.