When marketing takes it to the streets: 10 amazing campaigns

The large quantity of ads in urban environments makes it harder and harder to stand out in the crowd for advertisers. Nowadays you need to show some extra creatitivy if you want to get noticed, like the following brands did.

This French campaign for IKEA takes over a bus stop, and improves it, making the point that IKEA can improve your daily life. 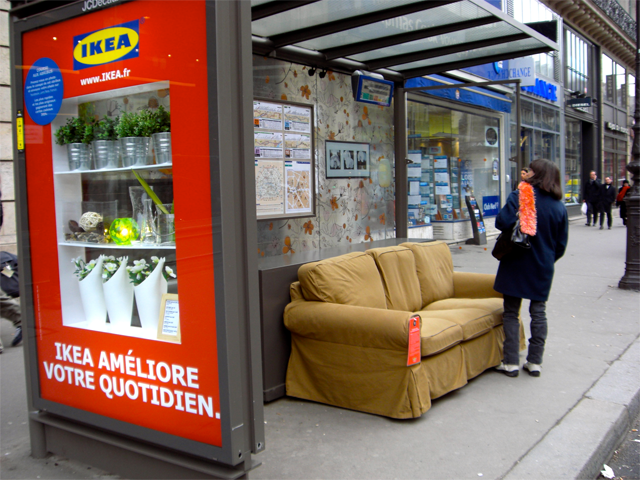 The luxury Swiss watch brand gives you a tastes of its watches while riding the bus. A good way to let people know that it will look good on them, if they can afford it. 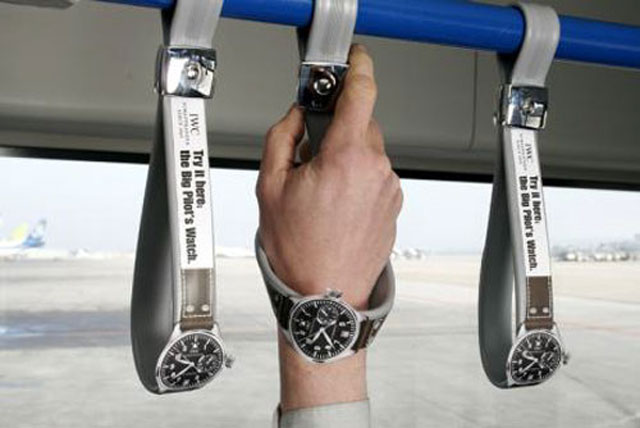 A truck covered with an open Mars that gives you a preview of the delicious stuff that’s inside the truck, the perfect rolling advertisement. 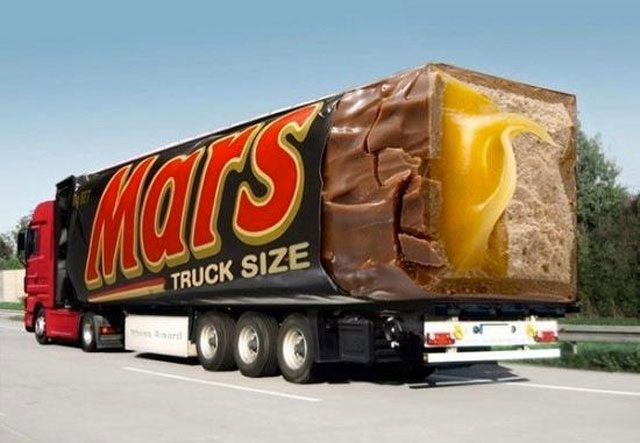 My personal favorite in this list. This advertisement at the bottom of an elevator appeared at the time of the Simpsons movie release. An amazing way to take advantage of the surroundings. 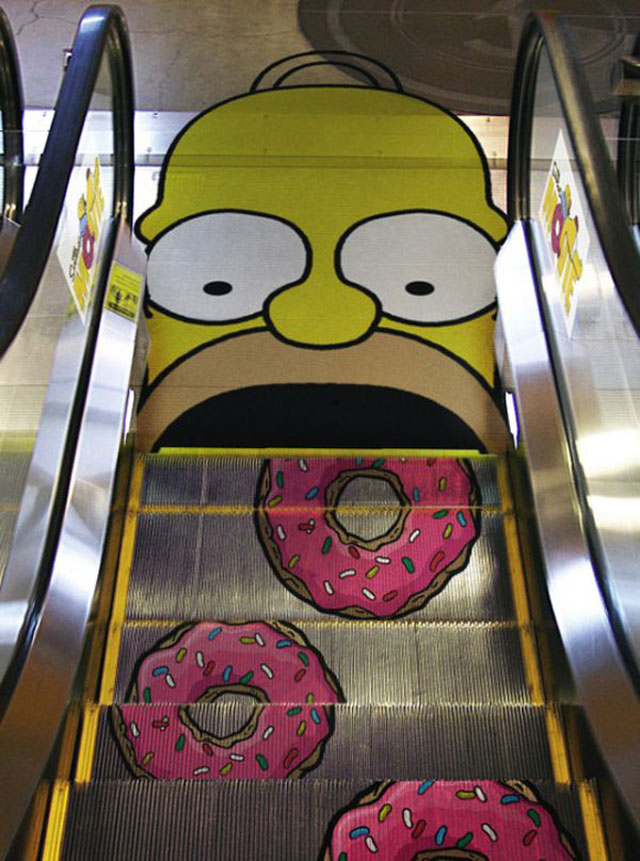 The bench that will make you hungry. This bench looked too much like a chocolate bar, KitKat had to get it dressed properly. 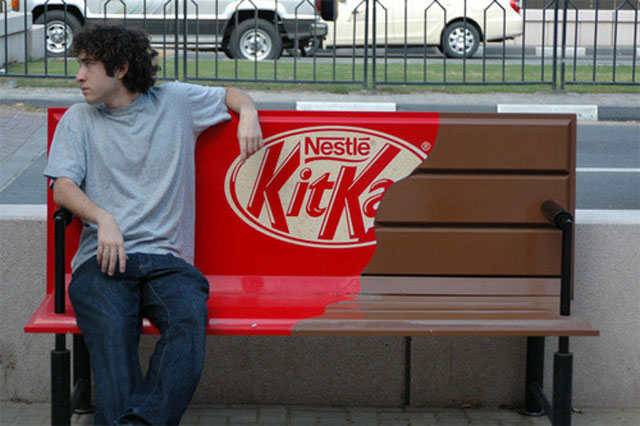 A real Sprite shower would probably the most sticky thing ever, but as a marketing stunt it’s pretty cool. The execution is pretty good as well, and everyone gets free refills, so that’s pretty cool. 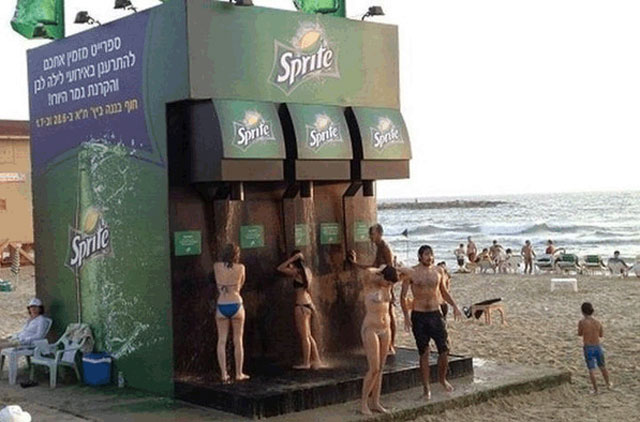 A really spectacular billboard that takes avantage of lightning. The hand popping out and the light really give some depth to the billboard, not even mentionning how cool the idea is at first. 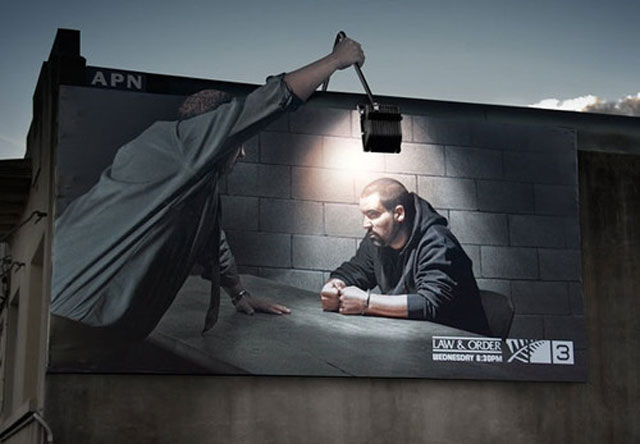 If you are an old or disabled person that would like to rest a little, now you know that Nike doesn’t give a sh*t about you because you won’t buy their shoes anyway. The ad is still clever though… 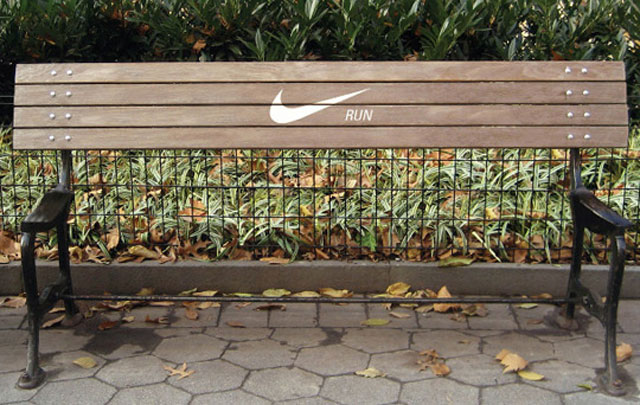 A visual hint that shows the difference between Durex XXL users and the others. 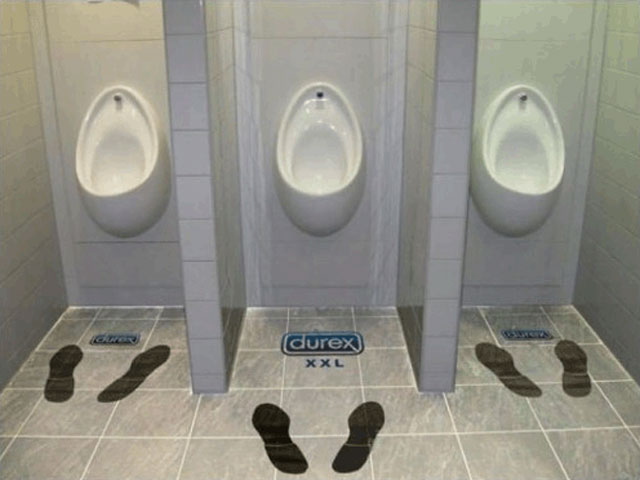 A cool setup that was installed when the Superman movie came out.