A collection of fun and creative billboard ads

The world of advertising has become the best place for displaying creativity. This post shows it again with some amazing ideas turned into great billboard ads.

Strong tape used to hold the billboard itself. A great eye-catcher that’s self-explanatory. 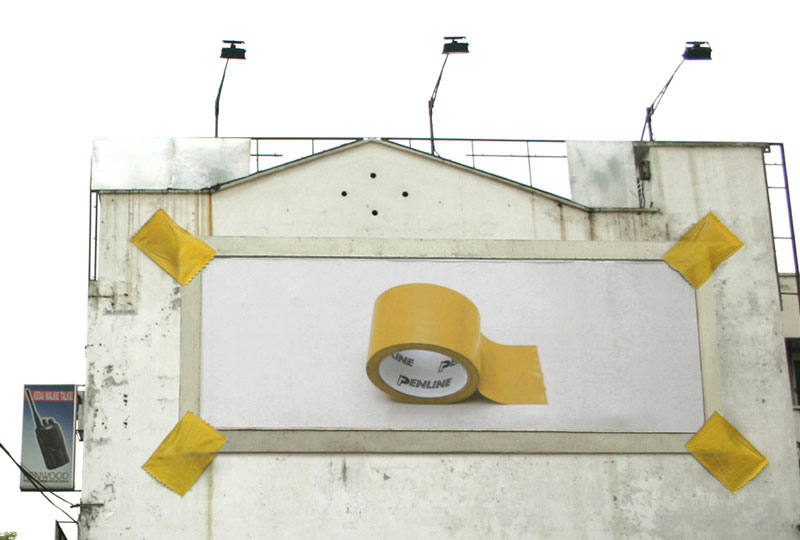 There is a good reason for Mc Donald’s success, their brilliant advertising. This billboard shows that the fast-foot giant has some products for each time of the morning. 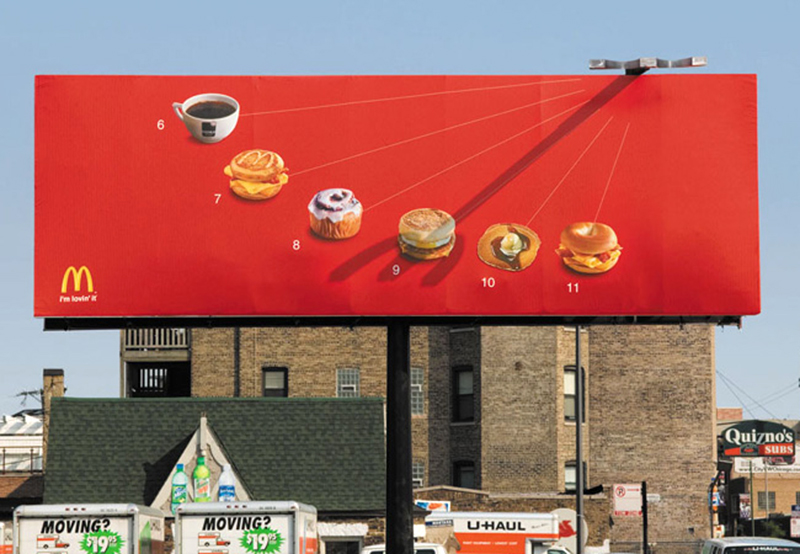 Many countries have forbidden ads for alcohol, not Brasil. Schin took advantage of this by using not one billboard, but two, and making it interact. 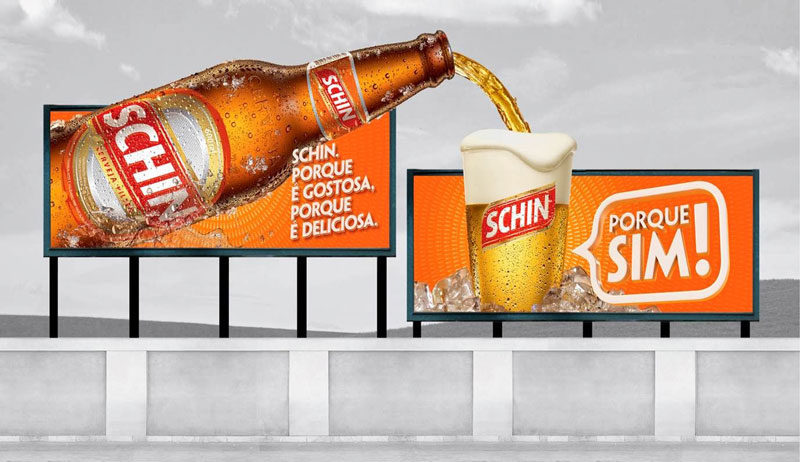 The specificity of the product applied to the billboard. The billboard itself is made super soft by Ariel. 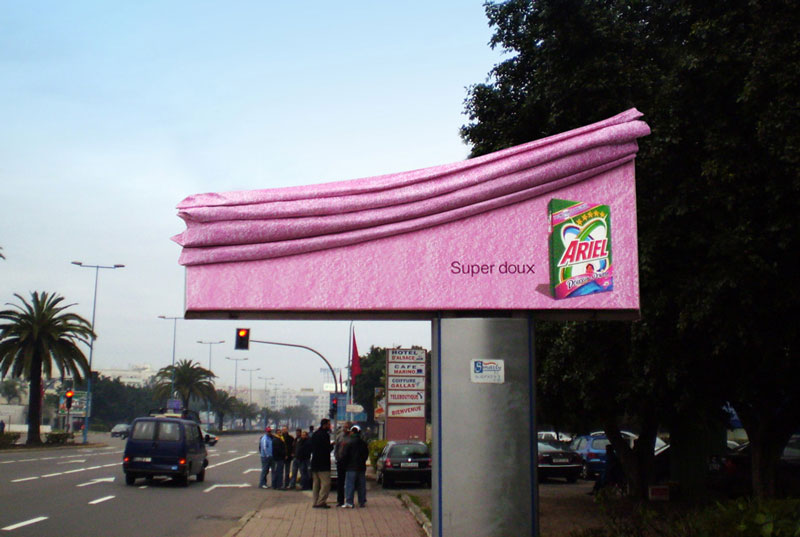 Size does matter when it comes to advertising. This gigantic billboard portraying an impossible goalkeeper will obviously catch your attention better than another. 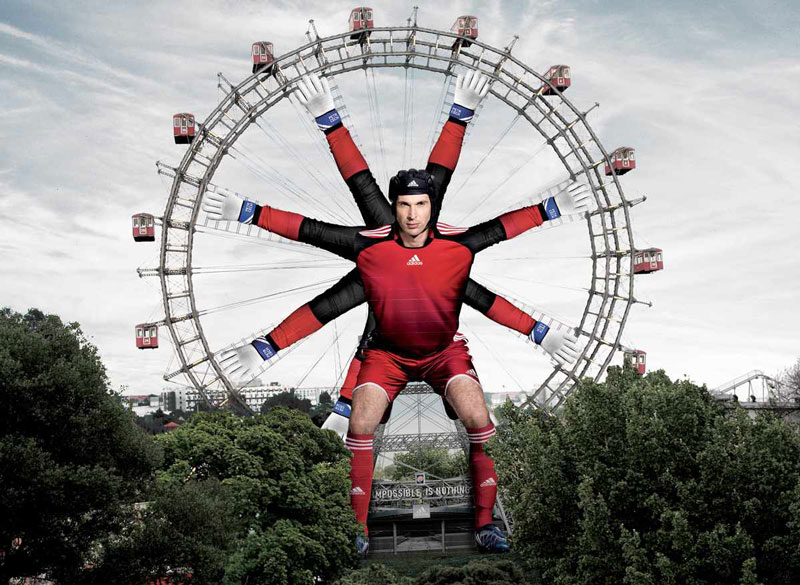 Anando milk makes you strong. I don’t know if it’s proven, but it’s very well advertised with this huge billboard that interacts with its surroundings. At the intersection of the bridge, a Smart billboard that will get noticed in any case. 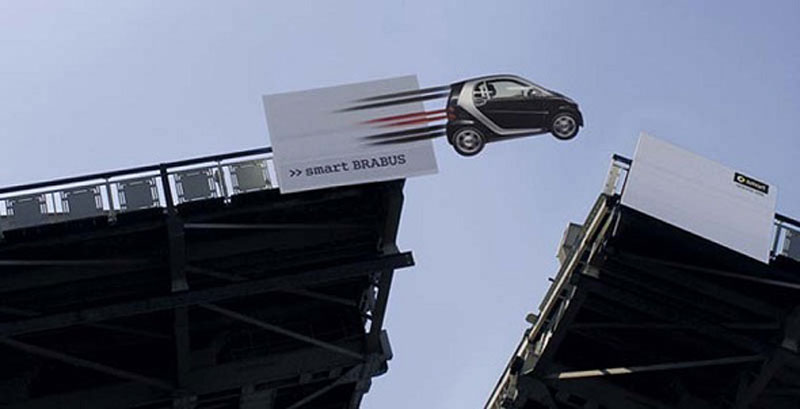 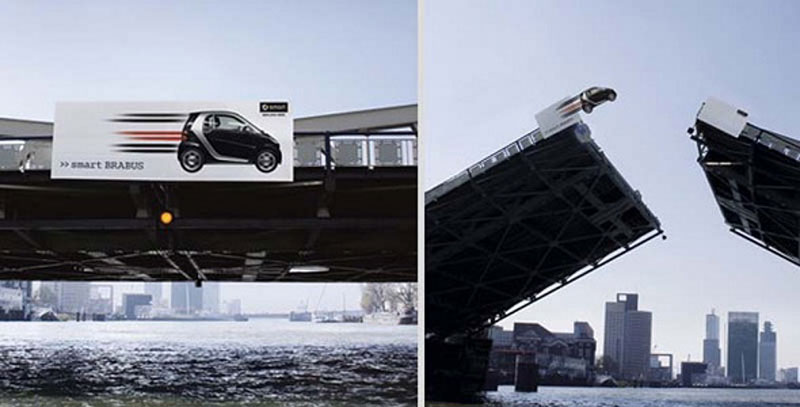 This Copenhagen based real estate got its inspiration from the way people share their ads for appartments to rent. An Axe billboard that suggest you will get a different girl every day of the month. Somewhat sexist, but still creative enough to make this list. 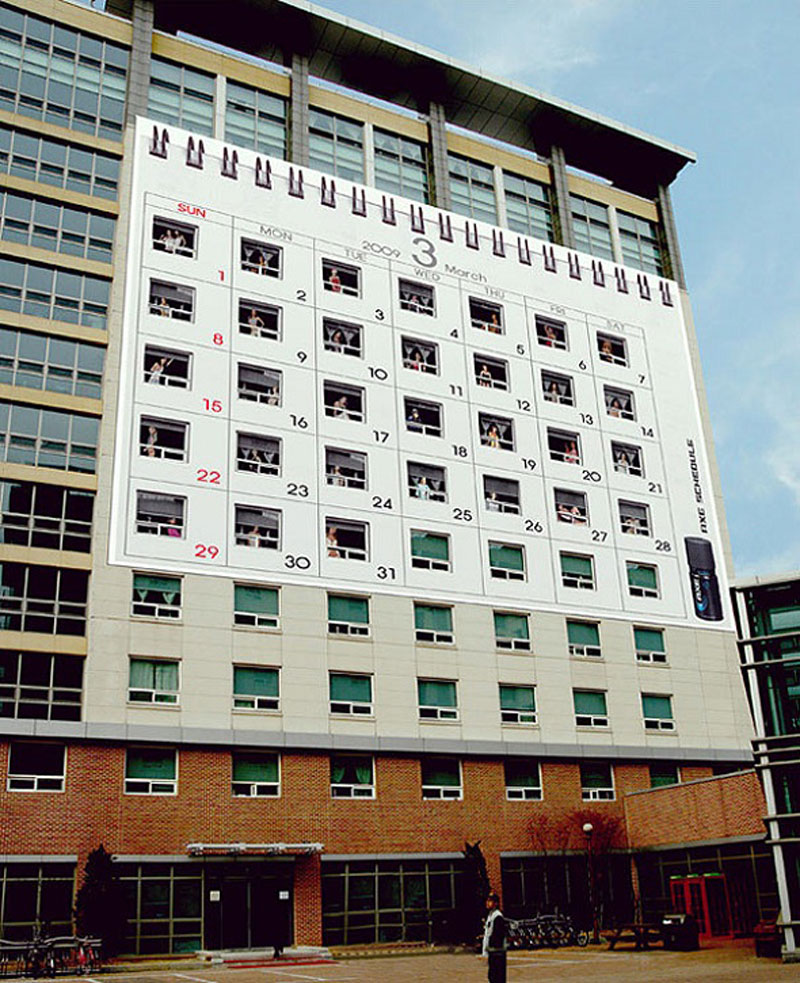 This awesome billboard placed in context is part of an amazing campaign in which billboard were placed on all kinds of machines with the message: life’s too short for the wrong job. 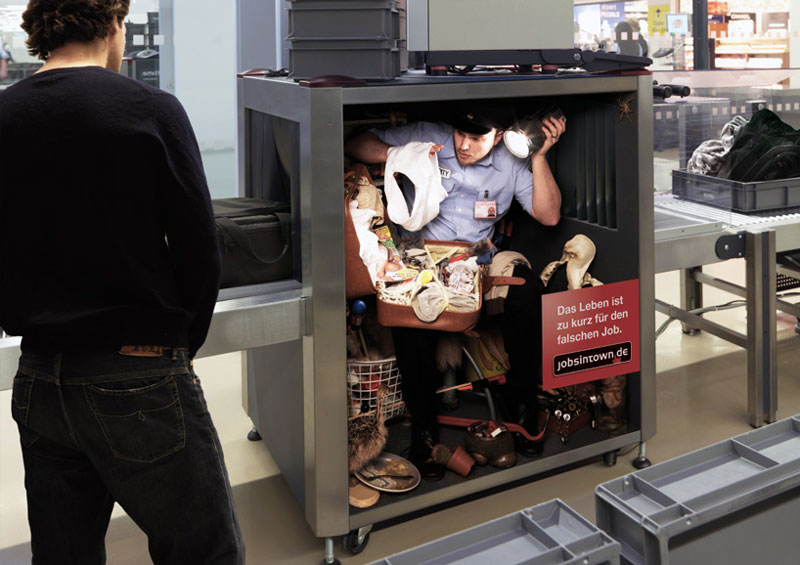