A futuristic concept to turn viaducts into electricity generators 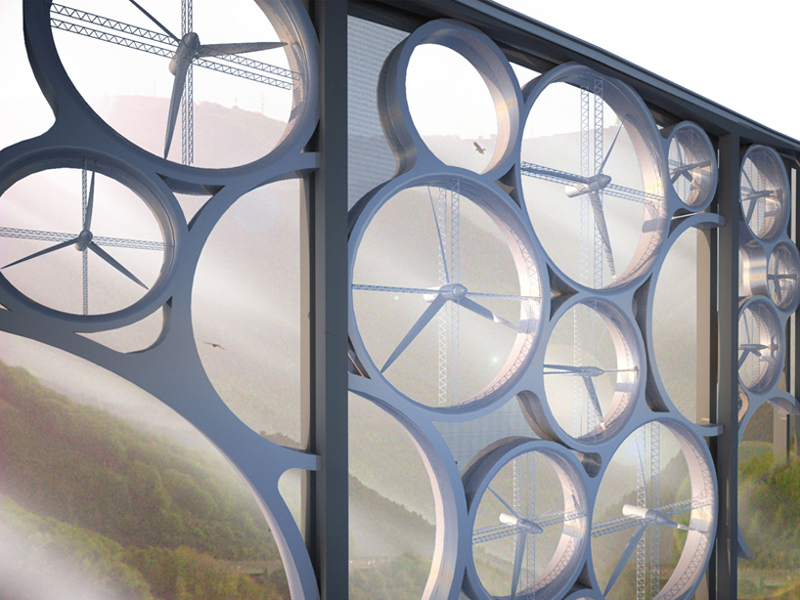 As part of a competition for the design of a solar park in Italy, Solar Park South, architecture and urban planning studio Coffice presented this spectacular project that obtained the second prize. The idea is simple, the architects want to use the existing massive structures that are the viaducts to produce energy. For that purpose, Coffice suggests to blend air turbines and solar panel in the viaducts, turning it into an electricity production central. 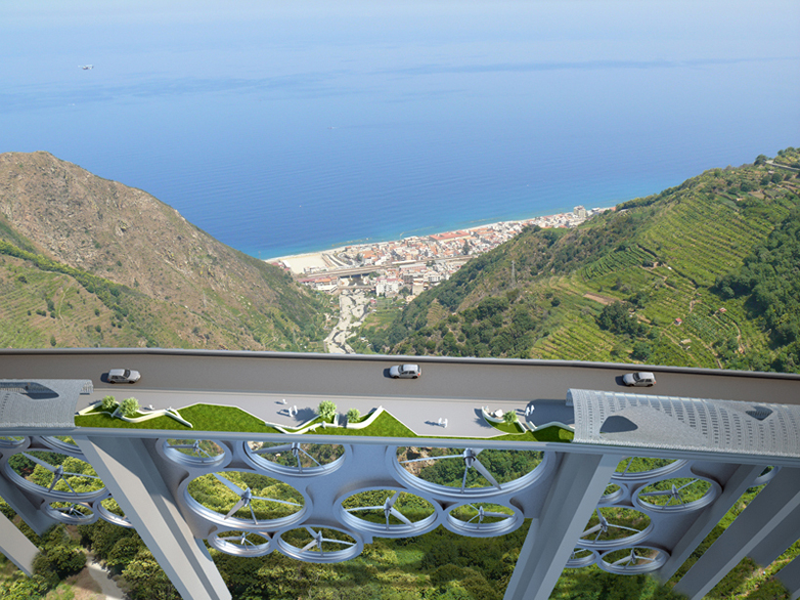 Apart from its futuristic looks, the main advantage of this project is to take advantage of existing structure, which prevents the construction of new centrals that would result in the loss of more land. The visual redesign of the landscape with such a project is interesting, and it would ensure continuous production of energy. You can see it in action with the turbine movement in the following video.

The project includes a complete makeover of the viaduct, that includes the road, where the asphalt would be substituted for a solar road surface. This solar road, already used elsewhere successfuly, collects the sun’s energy with a high-tech surface made of solar cells. A view from the bottom of the viaduct. 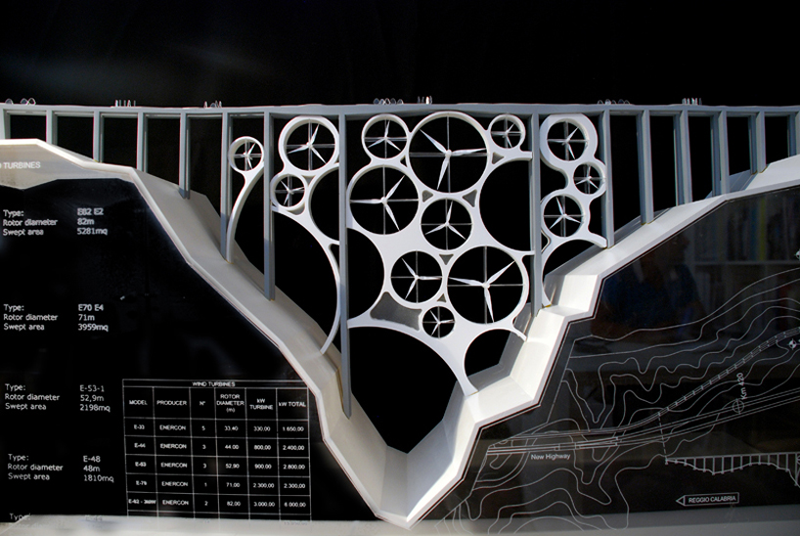 A profile plan with some topographical indications. 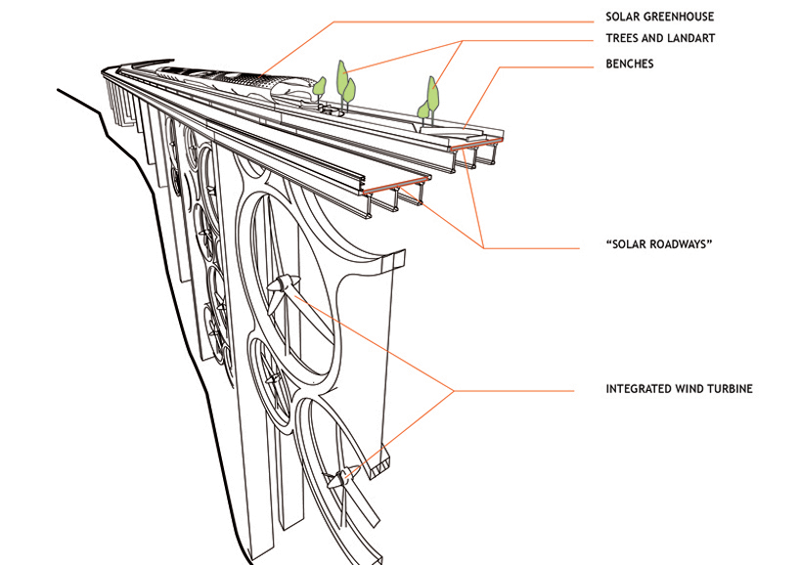 A plan that shows the energy production areas. 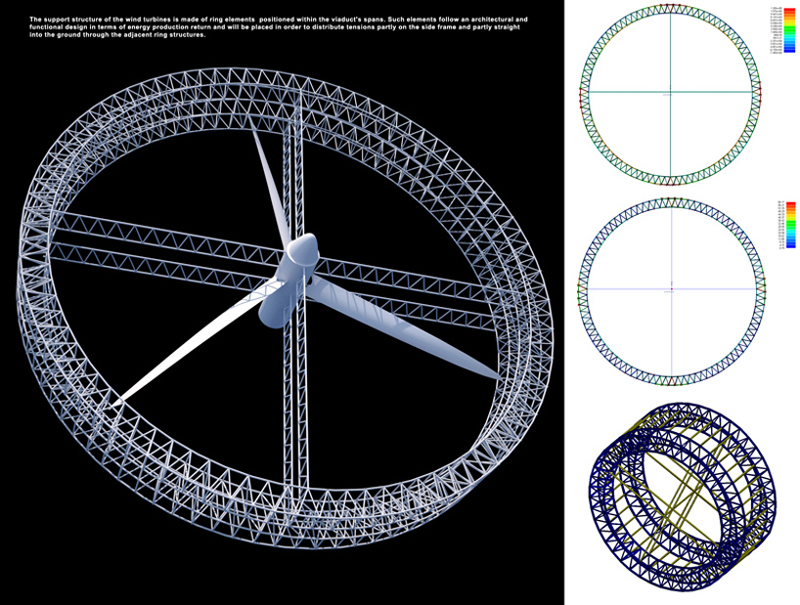 The design of a turbine.