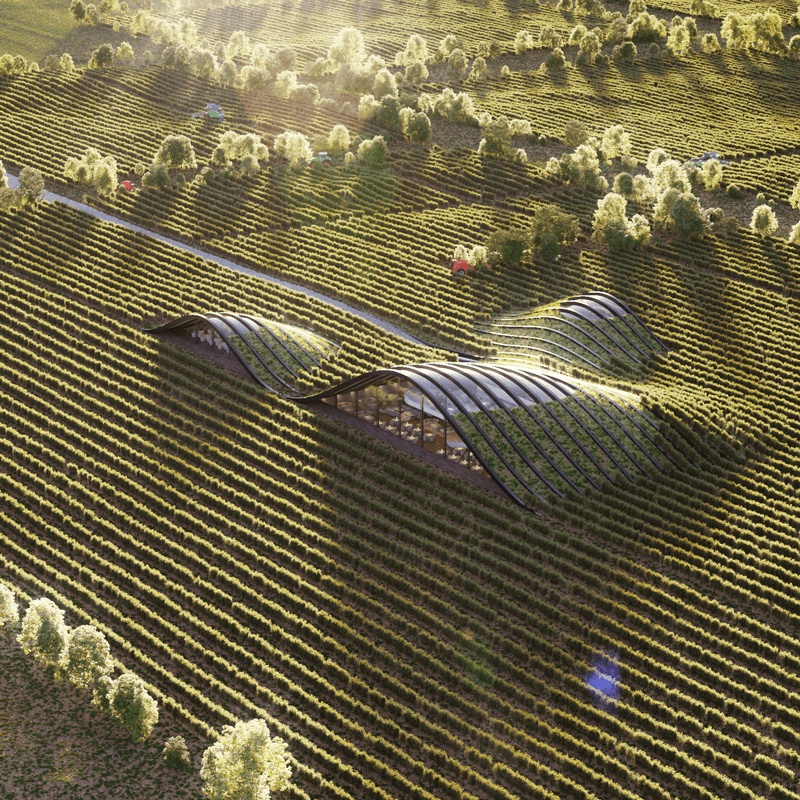 One of the most common complains you will hear about modern architecture is that it does not integrate with nature. This project, designed by X-architecture for Shilda winery in Kahketi, Georgia (the country, not the state). At the core of the vineyard, the building forms a stream of curved beams that host several activities: wine […] 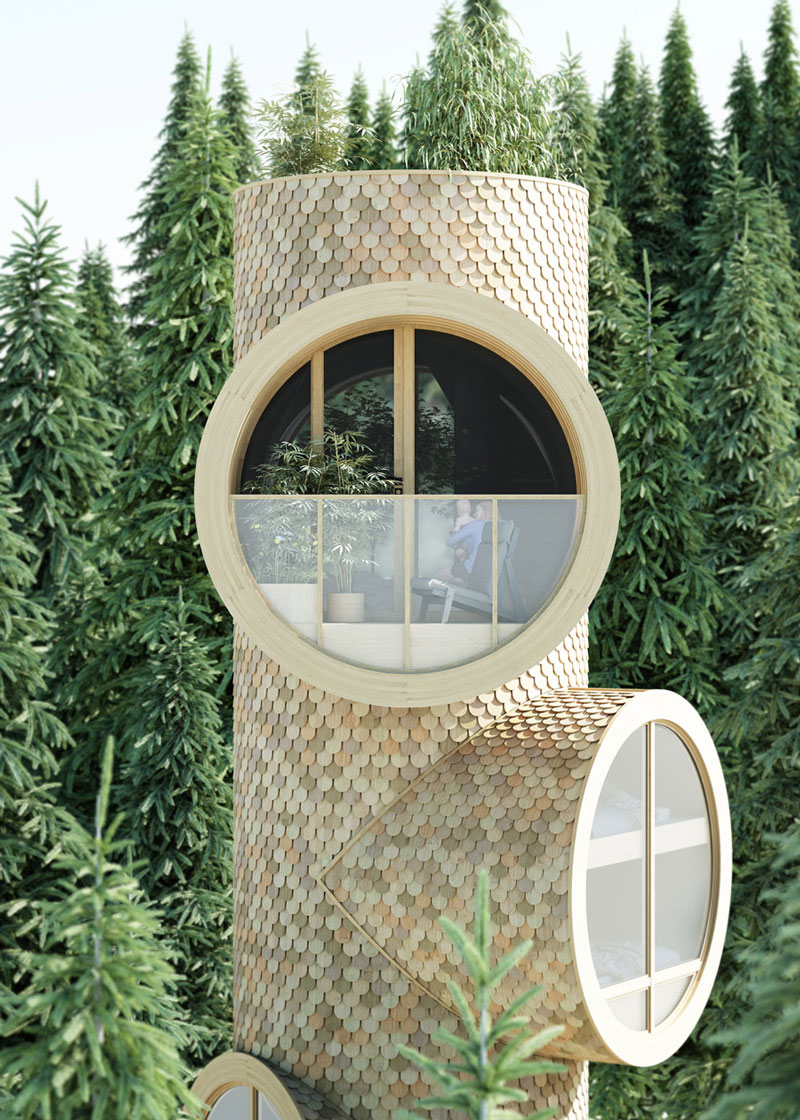 Precht is an architecture, interior design, and product design studio based in the mountains of Austria, the perfect place to build and sell their conceptual modular treehouse. Shaped like a tree trunk with round windows, this project was named Bert and is sold by Baumbau, which literally translates to “tree construction”. Their slogan is “Homes […] 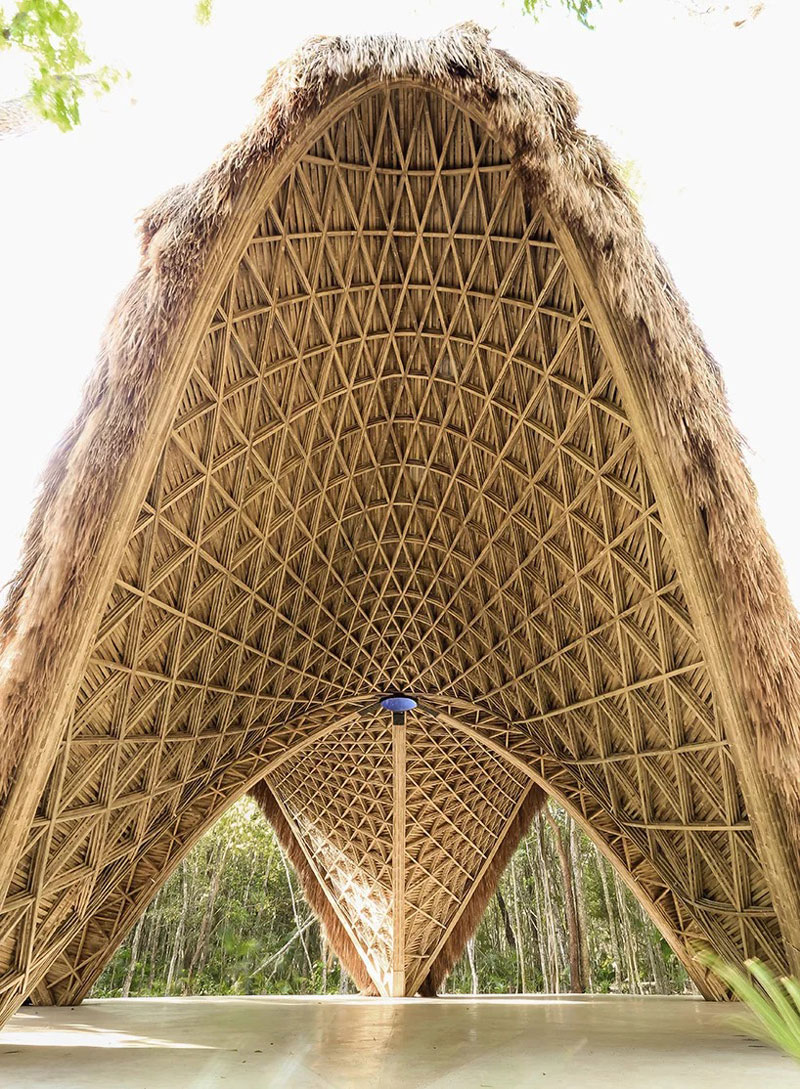 Although the use of bamboo and the yoga poses on the photo give this temple an Asian look-and-feel, it is actually located in Tulum, Mexico. It was built in the jungle and offers a unique natural environment for meditation. It was designed by a local architecture office: CO-LAB. The imagined the pavilion with parametric software […] 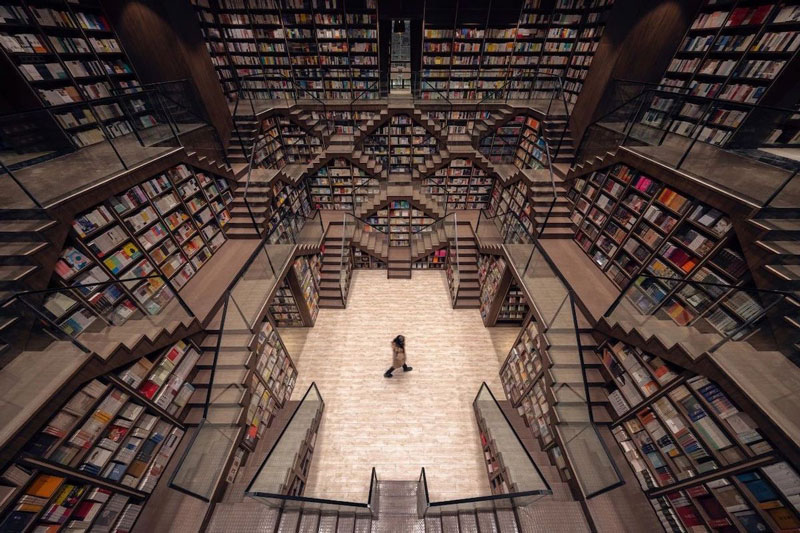 Located in Chongqing, China, the Zhongshuge Bookstore is truly out of the ordinary. It was inspired by the movie Inception, that became famous for its mind-bending visual effects. Based in Shanghai, interior design company X+Living used gigantic optical illusions to mess with the bookstore’s visitors shopping experience. The worked with mirrors on the roof to […] 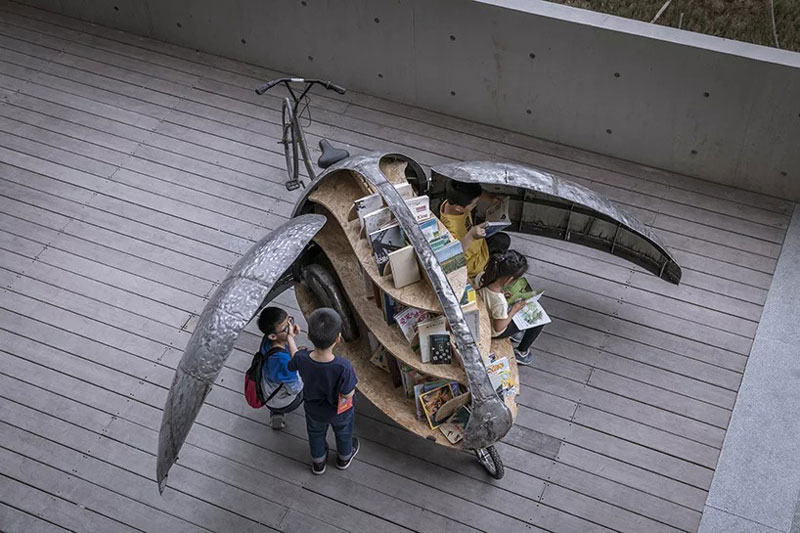 When closed, this bike looks like the random food-selling street carts you can see everywhere in China. However, when the ladybug opens its wings, something magical happens: it’s a tiny library! Made of abandonned bikes and discarded metal car sheets, this “library-bike” can go anywhere to bring joy to kids by carrying children books. Just […] 8 Buildings Designed to Look Like What the Business in it is Selling
Tags: Architecture

Some business go as far as using their headquarter or other office buildings to advertise their product or service. These buildings are great examples, even though some look quite unusual. 1. Longaberger Could you guess what business Longaberger is in? Picnic basket-making obviously, so they designed their head office like one. 2. Meitan Tea Museum […] 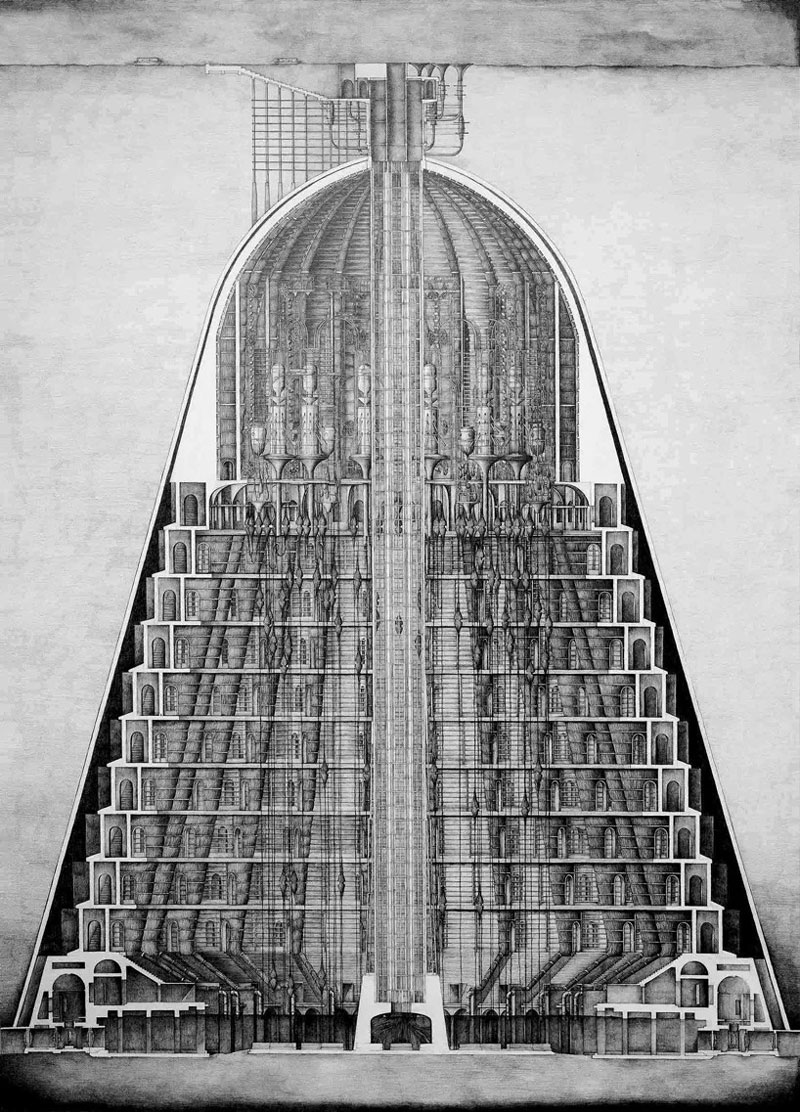 Could These Monumental Underwater Cities Help Save the Coral Reefs?
Tags: Architecture, Drawing

Among the countless environmental issues our planet is currently facing, one is hidden deep underwater. The coral reefs are in danger, and sending scuba diving gardeners doesn’t look like the appropriate option at the moment. Yunil Nam, a London-based architect and interior designer based in London, decided to make an ambitious proposal to save the […] Essay Writing Can be quite a Stressful Task for Students Writing essays is a common task for college students. Regardless of the field, you are in, you have to know how to express yourself and communicate ideas. Students undergo writing exercises to gauge whether they are able to communicate their thoughts in an articulate manner. […] 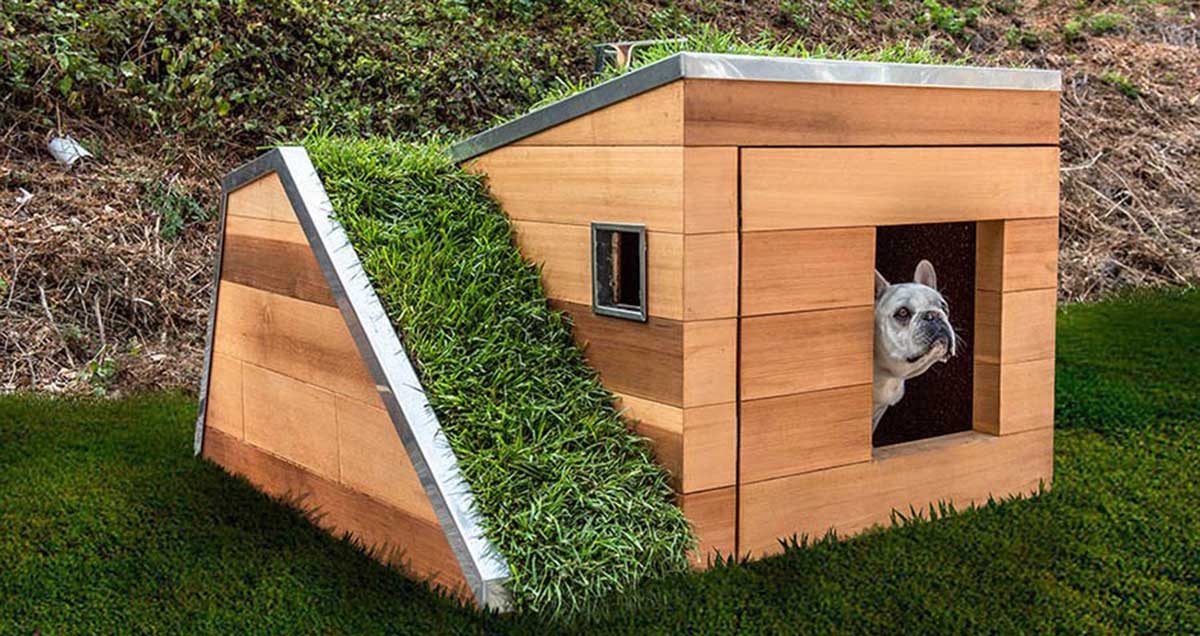 Can’t let your dog live in the house but still think that he deserves a cool and trendy doghouse? Look no further and get this house for your four-legged friend. Named Doggy Dreamhouse, the doghouse is eco-friendly and offers a natural roof with a view for the dog. It was designed by Studio Schicketanz. These Japanese memo pads will excavate objects as they get used
Tags: Architecture, Office

If you thought that paper notes blocks could not become a form of art, the Japanese will prove you wrong with the Omoshiro Block. These average looking paper note cards reveal stunning tiny paper sculptures as you remove the paper. These innovative stationary designs are created using laser-cutting technology, they reveal various architectural beauties, such as Kyoto’s […] 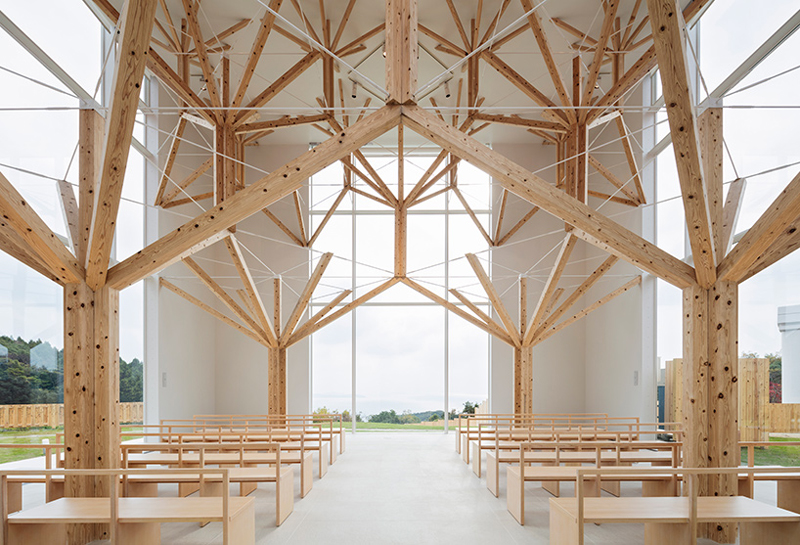 This minimalist chapel in Japan may have ugly benches and a boring external shape, its internal wooden structure is pretty amazing. Using tree-like units for the structure of the pendentive dome, Yu Momoeda architects created a stunning effect that will wow any visitor. 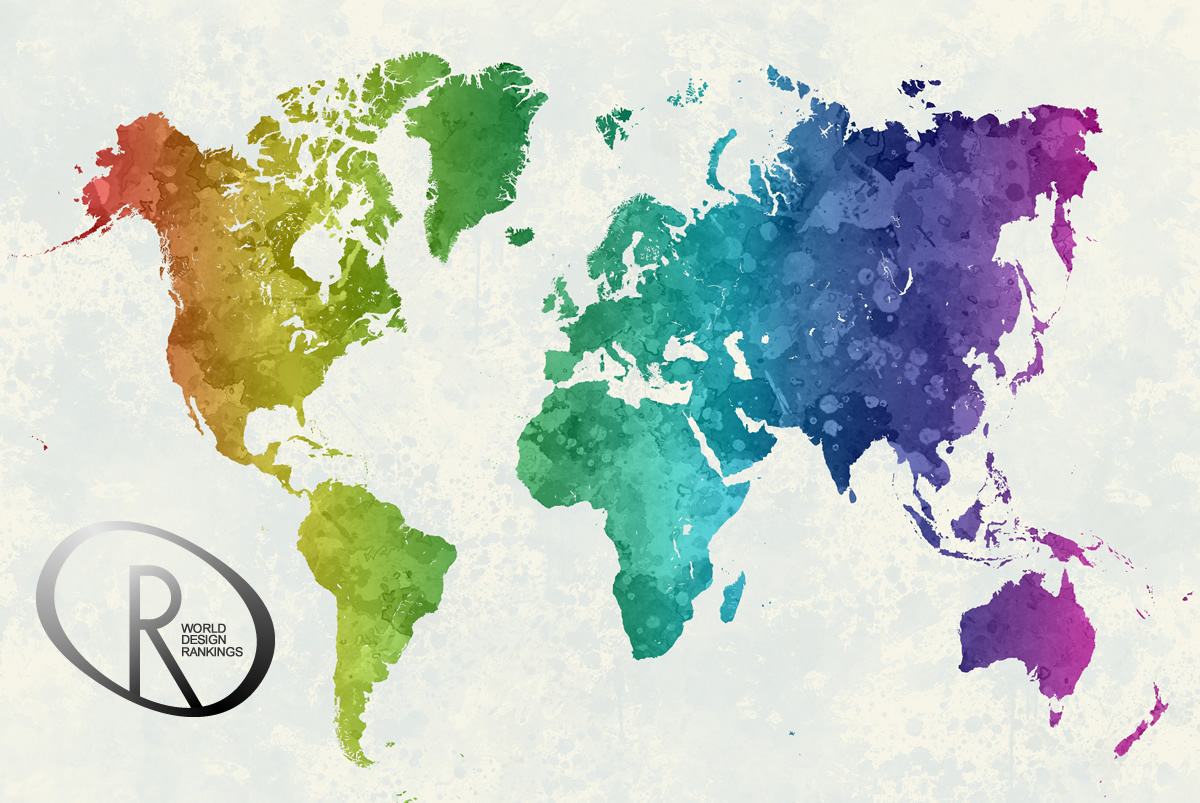 In the times of the Turkish Ottoman Empire, birdhouses were no joke. To go along with the city of Istanbul’s buildings, the administrators had little palaces built for birds instead of simple birdhouses. On the side of some buildings in the city, you can discover some gorgeous bird palaces that resemble the imperial time’s architecture. 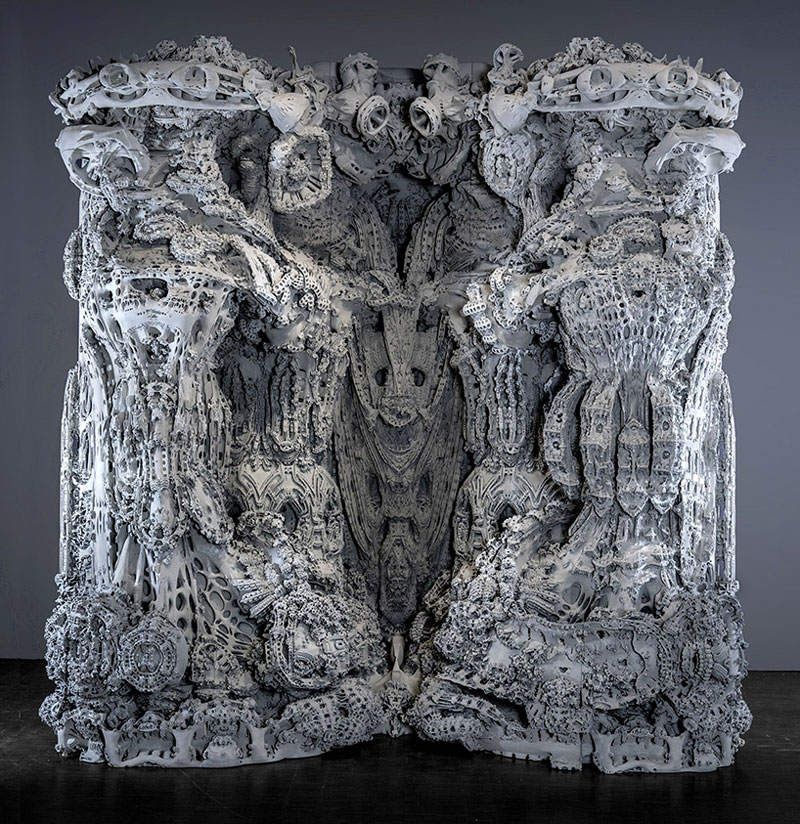