Beer commercials: From the men in beige to the Man in Black 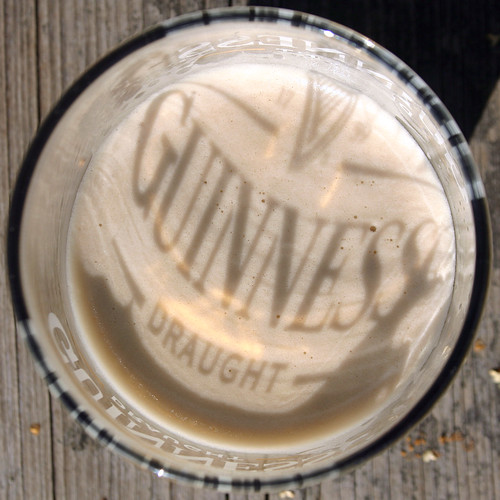 When I was a child in the 1970s, beer commercials were not particularly interesting. Obviously, I was far too young to drink so they weren’t really aimed at me, but, even with the benefit of hindsight, it is apparent that they were produced with a very specific customer in mind: A young, working class male who spent his weekends getting drunk with friends who were very much like himself and who wore a lot of beige. Women were rarely seen in such ads, and when they did appear it was in the role of a barmaid or waitress. The emphasis was usually on quantity rather quality, in other words buying as much beer as possible for as little as possible. In the late 1980s this all changed with the appearance of a new and interesting batch of Guinness commercials featuring the enigmatic Rutger Hauer.

The Guinness brand has a long history of successful campaigns which go beyond simply highlighting the taste or potency of their product, instead creating a place in popular consciousness for a drink which most people have quite fixed opinions about – people have a positive impression of Guinness even if they don’t actually drink it.

Way back in 1862 when the brewers adopted the harp of the iconic Irish king, Brian Boru, as their logo, they established Guinness as a drink with a tradition and pedigree, and as something uniquely Irish.

Later in the 1930s, Guinness was advertised as a beer that was ‘good for you’, a slogan still used colloquially today. When the ‘Good for you’ slogan was banned in the 1980s, they bounced back with ‘Guinnless’ – something that wasn’t at all good for you. In fact it was so bad, a support group ‘Friends of the Guinnless’ were featured in the ads. However, despite this clever marketing, Guinness still targeted their advertising at the traditional young, working class male. This all changed in 1987. 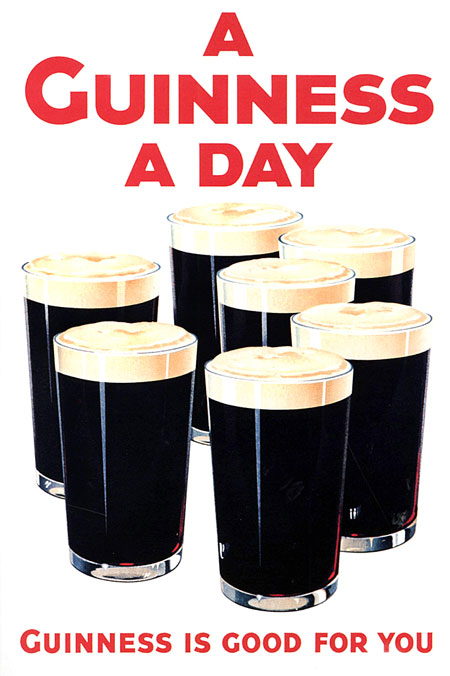 By the late ‘80s established British and Irish breweries were facing stiff competition from imported beers from mainland Europe and the US. Traditional beers were struggling to compete with fashionable lagers and light beers. Guinness in particular came in for criticism because of the length of time it takes to pour a pint – 119.5 seconds to be precise. This was crunch time. In a world that moved ever faster, Guinness was in danger of becoming a beer only consumed by old men. However, just when it seemed it’s heyday was over, along came an advert that not only boosted sales by over 20%, but probably revolutionised the way beer was advertised in the UK and Ireland.

In 1987 the first of a series of Guinness commercials featuring the Dutch actor, Rutger Hauer, was aired and became an instant hit. The adverts were the work of Mark Wnek who chose his leading man very well. Hauer was most famous for his performance in the classic sci-fi film, Blade Runner. He exuded charisma, mystery, and gravitas, he appealed to women (well, this woman) and he had no problem waiting 119.5 seconds for his pint of Guinness. Wnek had cleverly turned the waiting time into a plus point, subtly reminding us that while lagers and light beers may be instant, ‘good things come to those wait’.

Rutger Hauer was the front man for Guinness for several years, finally downing his last pint in 1994. Subsequent Guinness adverts maintained the dark, mysterious theme and the emphasis on the slow pouring time as a selling point. Some wandered off into the realms of the surreal with offerings such as, the fish on a bicycle, others capitalised on aspects of popular culture, such as the use of Louis Armstrong’s song All the Time in the World. However, it wasn’t until 2000 that an advert caught the public imagination in the way the Hauer ads had.

Directed by Jonathan Glazer, Surfer was actually inspired by a Guinness cinema commercial from the 1980s, but was in no way derivative. This ad was breath-taking, a work of art. It went beyond a mere 30 second commercial, it was a beautifully crafted short film which happened to promote a drink. Eminently watchable, Surfer was based around what had, by now, become Guinness’s most positive feature – the long wait. The star is (not surprisingly ) a surfer, but he’s no perky, young beach dude. He’s older, wiser, a little battered by life but no less determined. He knows that one day he will catch the perfect wave, all he has to do is wait. Later voted the best advert of all time in a poll run by The Times newspaper and Channel 4 television, Surfer is still referenced as a high point of advertising 8 years after it was shown.

It’s now 2008 and inter-country beer marketing has become inter-continental. European breweries are now competing against imports from those in places as far afield as India and South America. While there are still some companies who promote their beers using the quantity rather quality method, most have risen to the new challenges with intelligent and distinctive adverts designed to fix their brand in the mind of the viewer.  Guinness are no longer exceptional in using commercials which highlight the quality and uniqueness of their product, many other brewers have followed the same path – notable examples are Stella and Kronenberg. It is now the norm to see beer commercials which are not aimed at the traditional demographic of 20 – 45 year old men. Some adverts even feature women actually drinking beer, who could have expected that back in the beige days of the 1970s.

One more thing – this post wouldn’t be complete without the inclusion of the aforementioned Guinness commercial, Surfer. It’s a classic, and spell-binding to watch. If you haven’t seen it, do take a look, and if you have, it’s always worth one more viewing!

Guest post by Kate, who is pretty sure Guinness is good for you, but only in moderation, of course. Find out more about me here or follow me on twitter. This post is also participating the “Design you Love” group writing project.