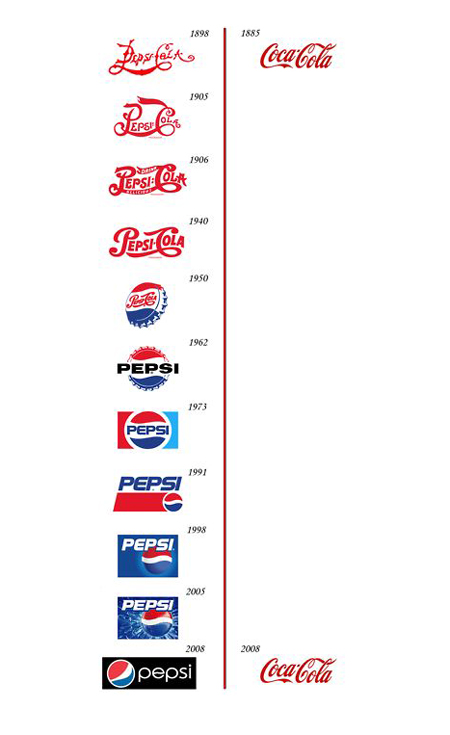 I saw this image a few days ago and like most designers I found it interesting. Even though the image here cheats a little (Coca-Cola logo looked different in early days), it shows in a glimpse how persistent branding gives a more stable image to the company. If you have such a recognizable and iconic brand, there are companies that specialize in rebranding so it’s probably best to work with one of them so you don’t lose that classic look and feel, which can alienate your existing audience.

It also shows two mistakes you often see in branding: