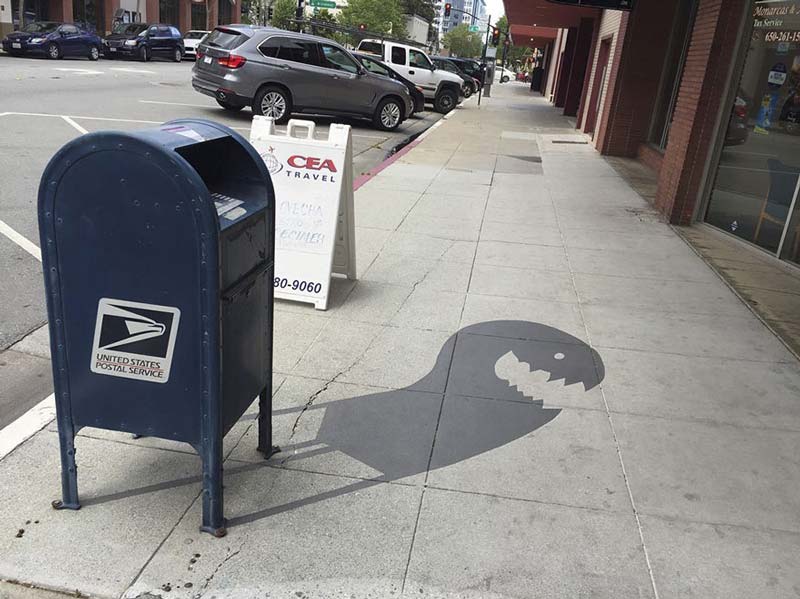 This playful street artist has decided to mess with people’s mind by creating fake shadows for street objects. Damon Bellanger created most of his work in the streets of Redwood City, California. As the artist says it himself: “The shadows give regular mundane objects a lively spirit so people can have a little fun in their […] 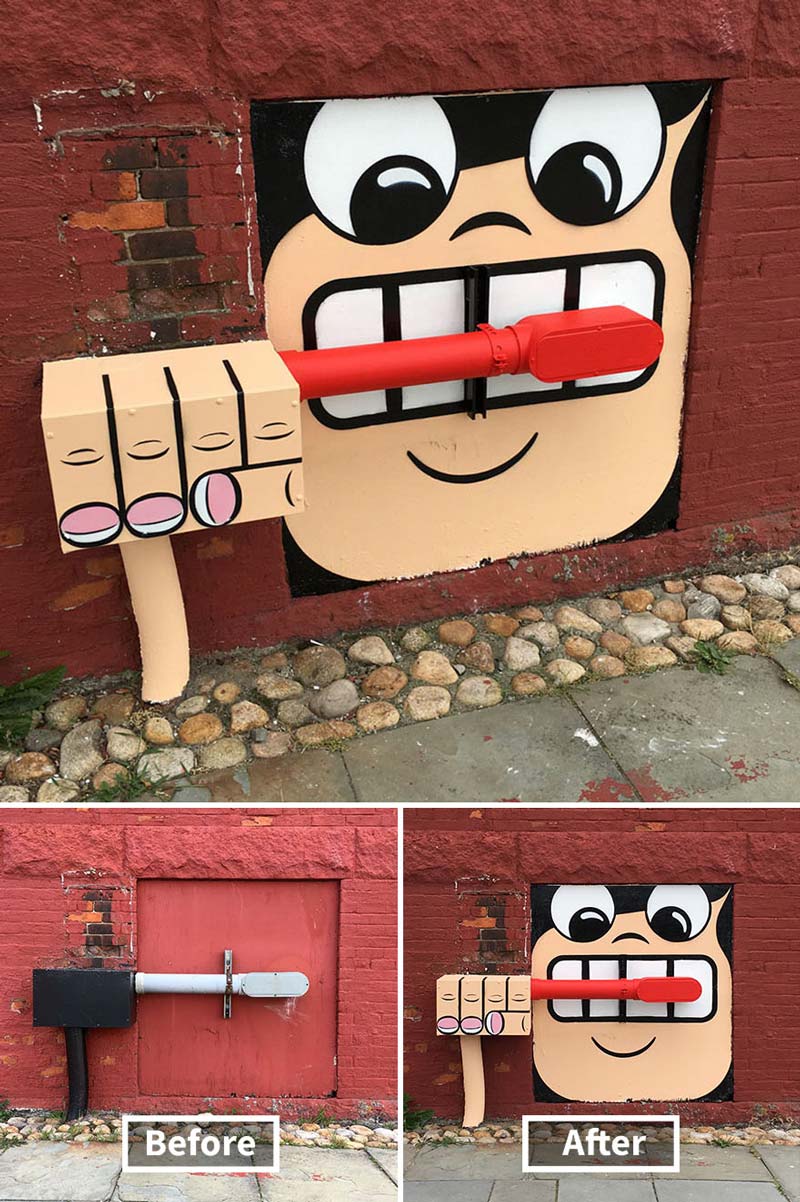 Tom Bob is not your average street artist. The New York based artist uses what he finds in the street and gives it a street art upgrade. With him, a random evacuation pipe becomes an elephant, or concrete poles can become… Ringo Starr! Check out more of his work on Instagram. 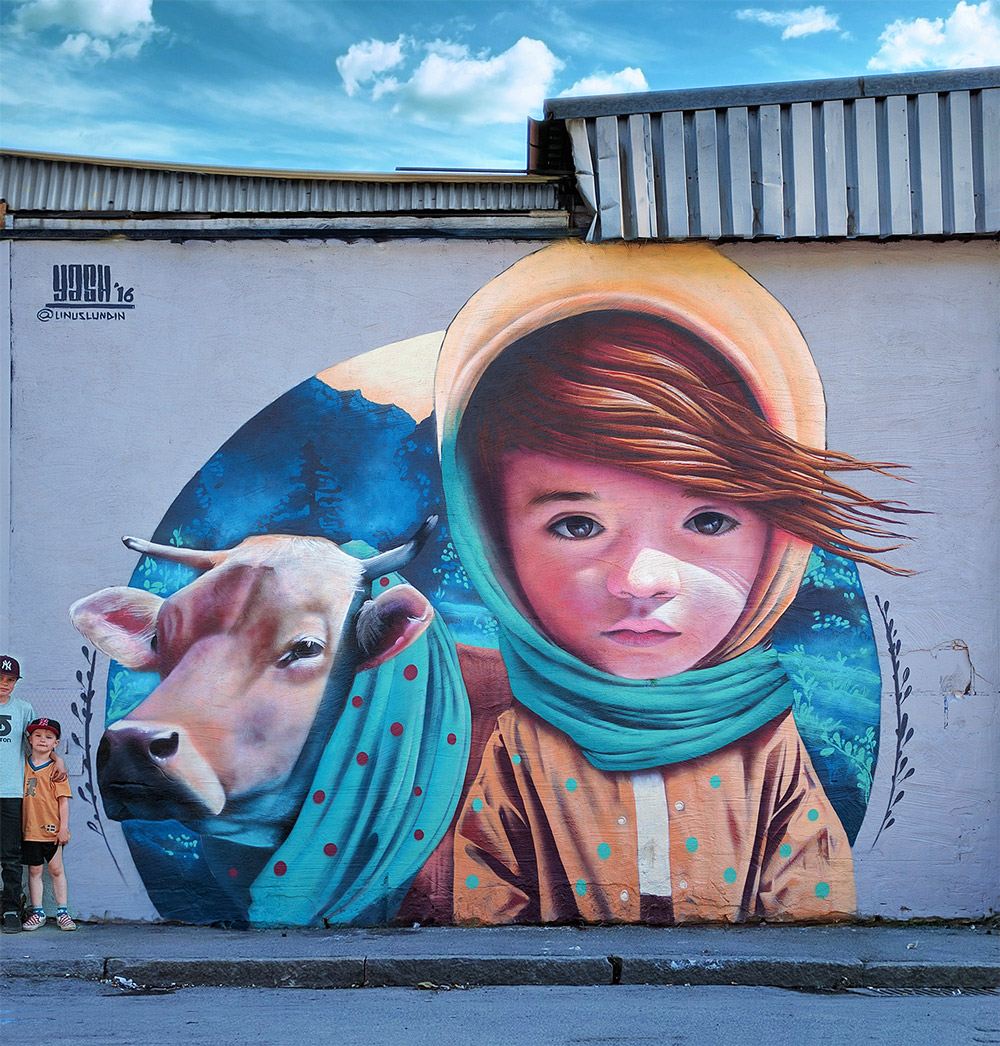 YASH is a street artist based in Stockholm, Sweden. He creates delicate portraits of people and animal in gigantic formats. 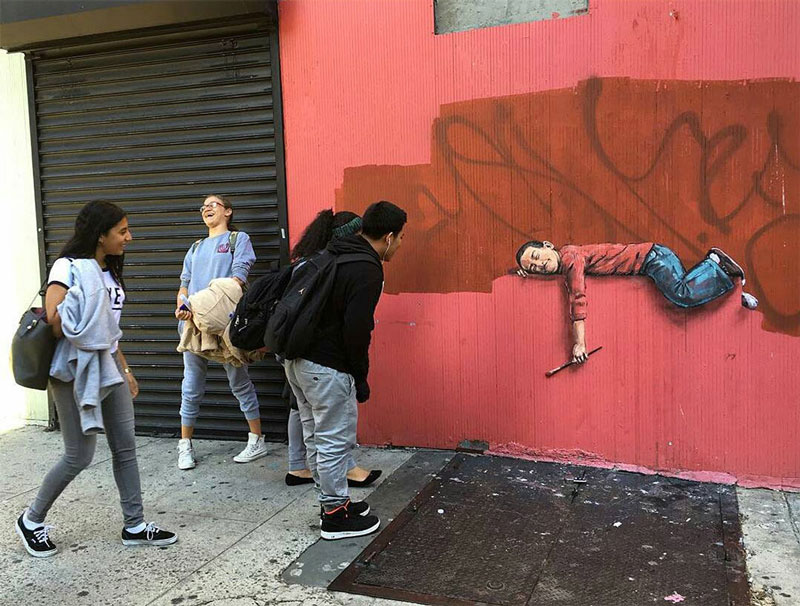 Ernest Zacharevic obviously thinks that being a great artist is not enough, it should be fun for him and for passer-bys. The street artist creates pieces that interact with their environment, and these are definitively entertaining. 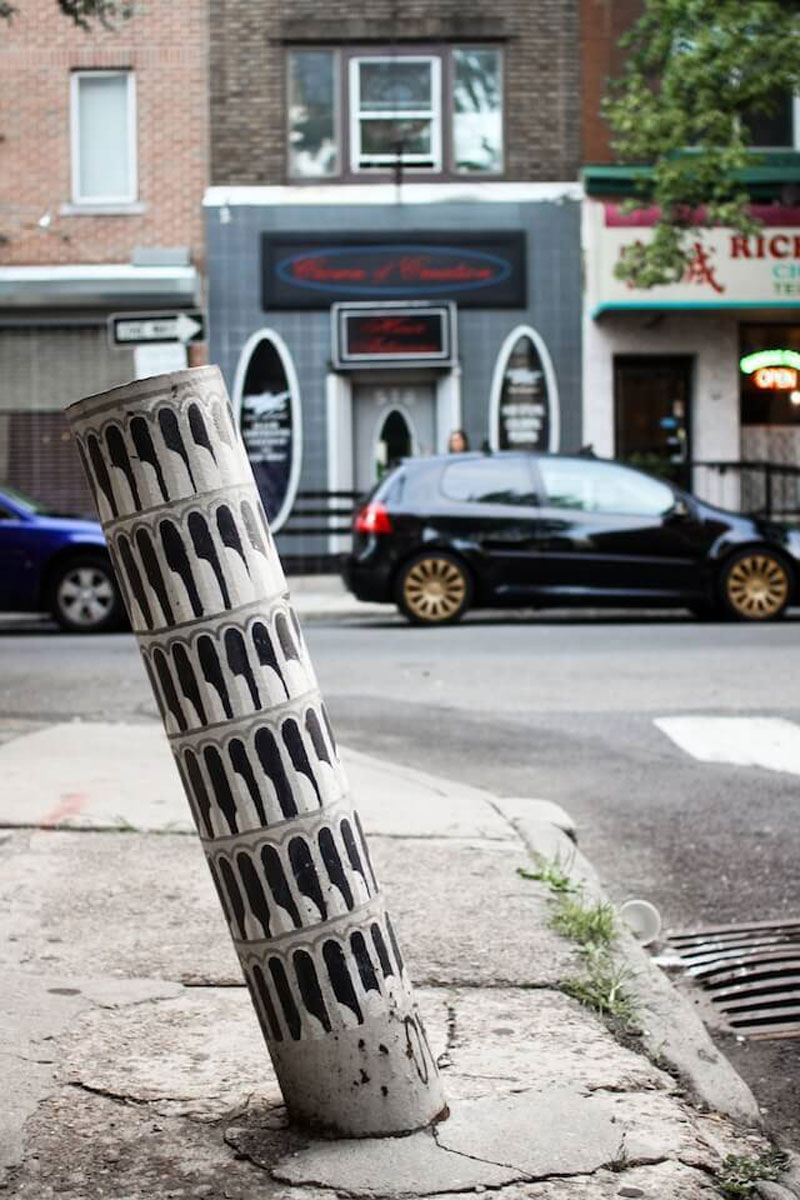 Art is everywhere, and street artists are making sure it stays in the streets. Sometimes it looks just amazing, like in the examples below. The Pisa tower in Philadelphia. History vs video games, St-Denis, France. Piano keys from Valparaiso, Chile. Lighting the tunnel, by Pavel Puhov. Commie blocks in London. The boat, by Eduardo Relero. […] 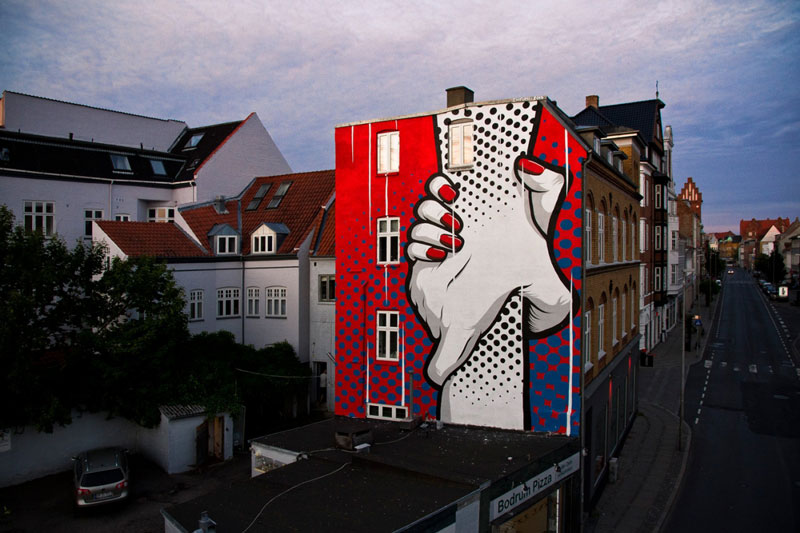 Based in Cambodia, Chifumi Krohom is a street artist whose work is easy to recognize. His work features a lot of hands drawn with a pop art style, with bold lines and bright colors. The visual effect is stunning in large scale works like his. You can see more of his street art and other works […] 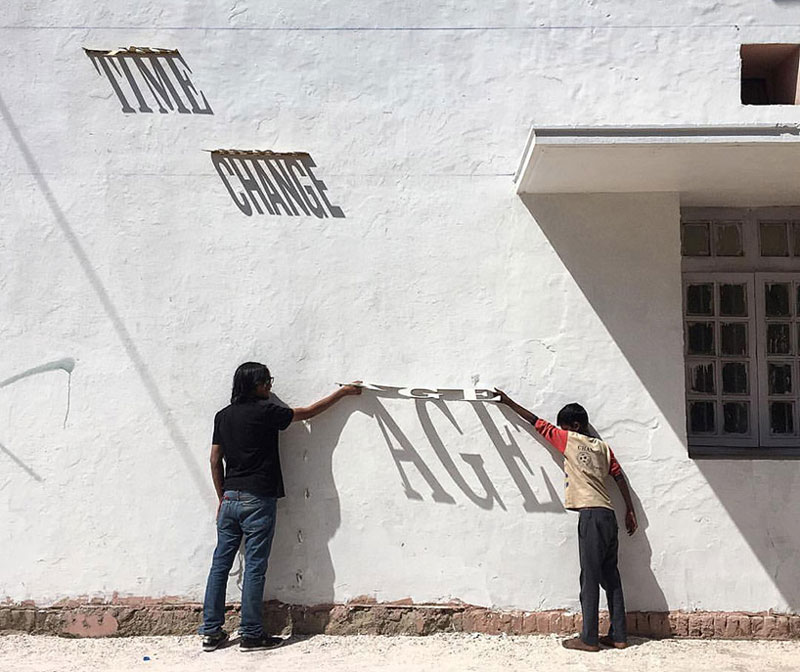 A typographic shadow graffiti that changes during the day
Tags: Street art, Typography

Appropriately titled “Time changes everything”, this project by graffiti artist DAKU uses the sun to write things on the wall with shadows. Throughout the day, the light comes from different places and changes the way the text is displayed. This innovative piece can be found in the Lodhi Colony of New Delhi. 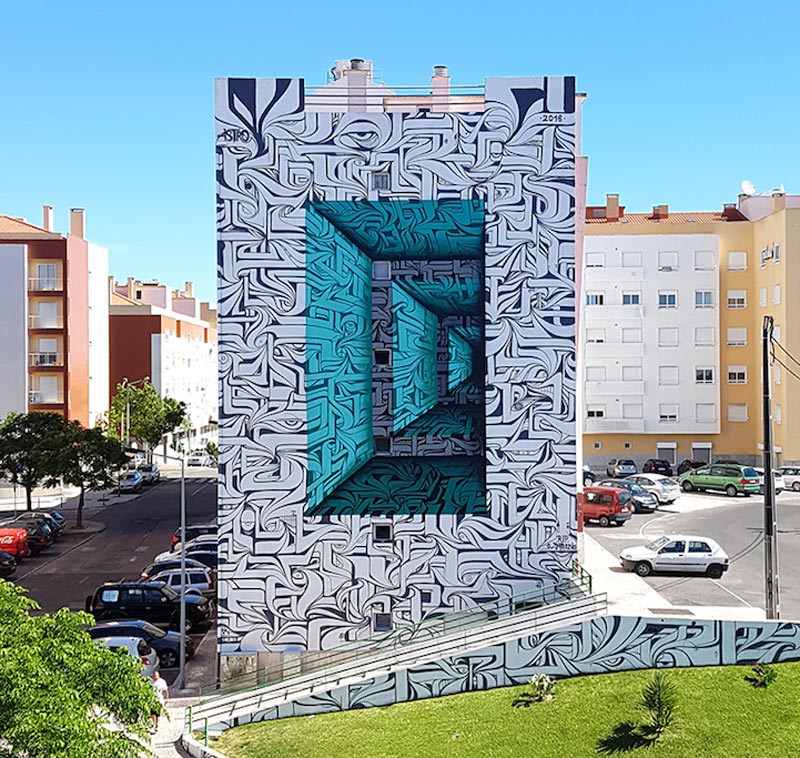 Astro‘s street art style is easy to recognize in the streets. He creates giant murals with complex patterns and optical illusions that make it look like the building is empty on the inside. The first picture you see in this post is a building wall designed by the French street artist in Loures, Portugal. The others […] 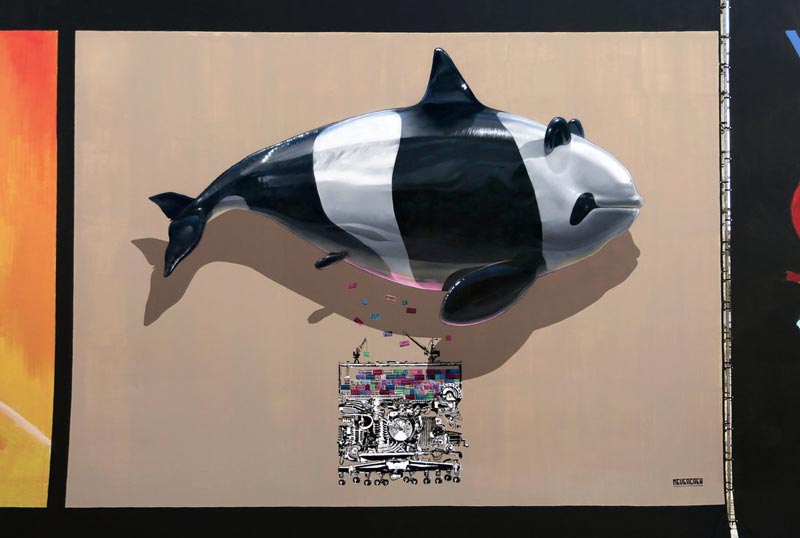 Nevercrew is a Swiss street artist that creates spectacular murals around the world. You can see more of his work on DeviantArt.

India will use 3D paintings to slow down drivers
Tags: Street art

India has a road safety problem, over 200’000 people are killed on the country’s roads every year. These alarming figures are urging the Indian government to do something about it. To try to fix one of the issues that cause this situation, drivers who are speeding in areas where pedestrians are crossing, they will try […] 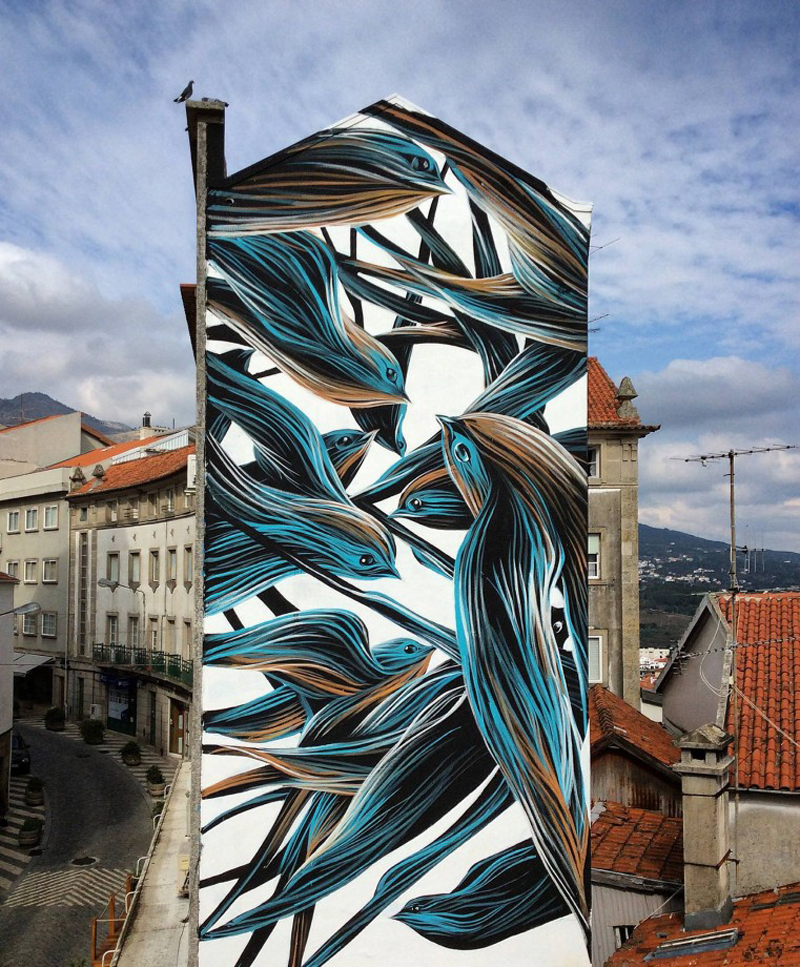 Swarms of animals on walls by Pantonio
Tags: Street art 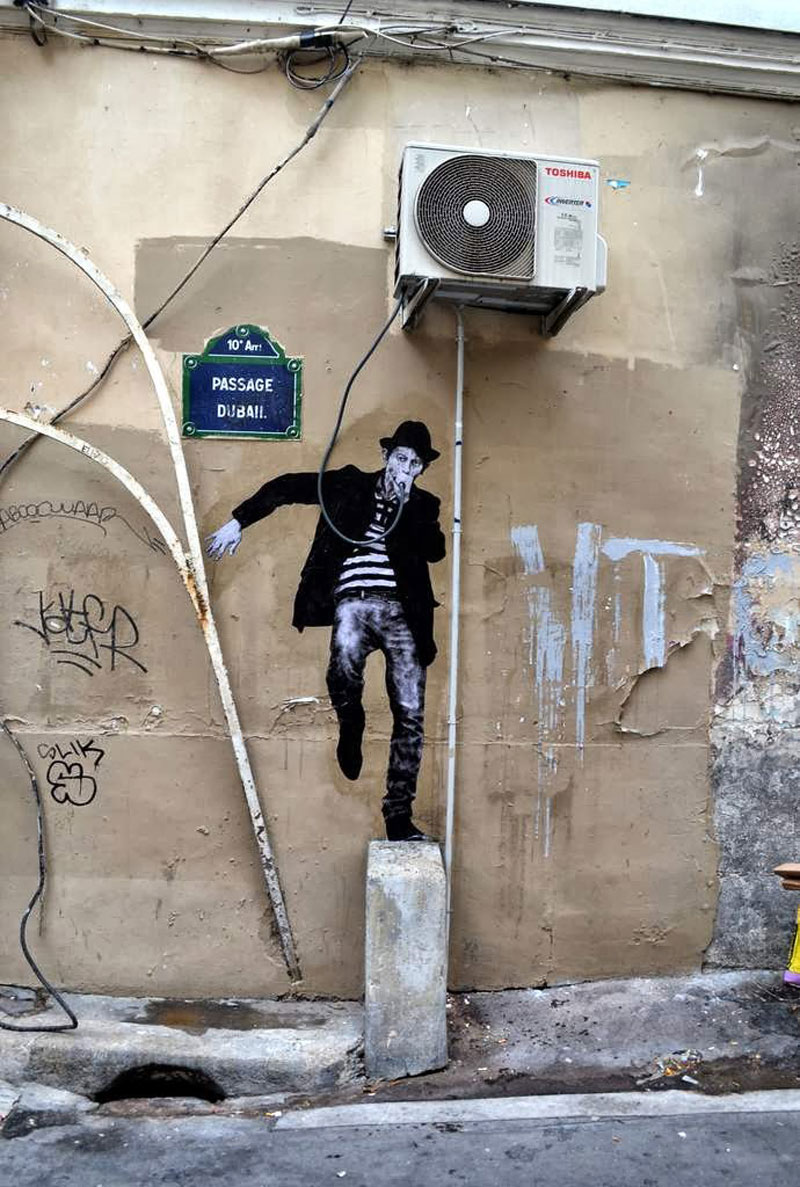 Street art at its best: a collection of 20 artworks you shouldn’t miss
Tags: Art, Street art

No need to go to the museum to see good art, just head out to the streets and you might get a chance to see some great street art. Here are a few examples. 1. Singing Levalet specializes in using what’s on site to create art, he succeeded once again. This piece can be seen […] 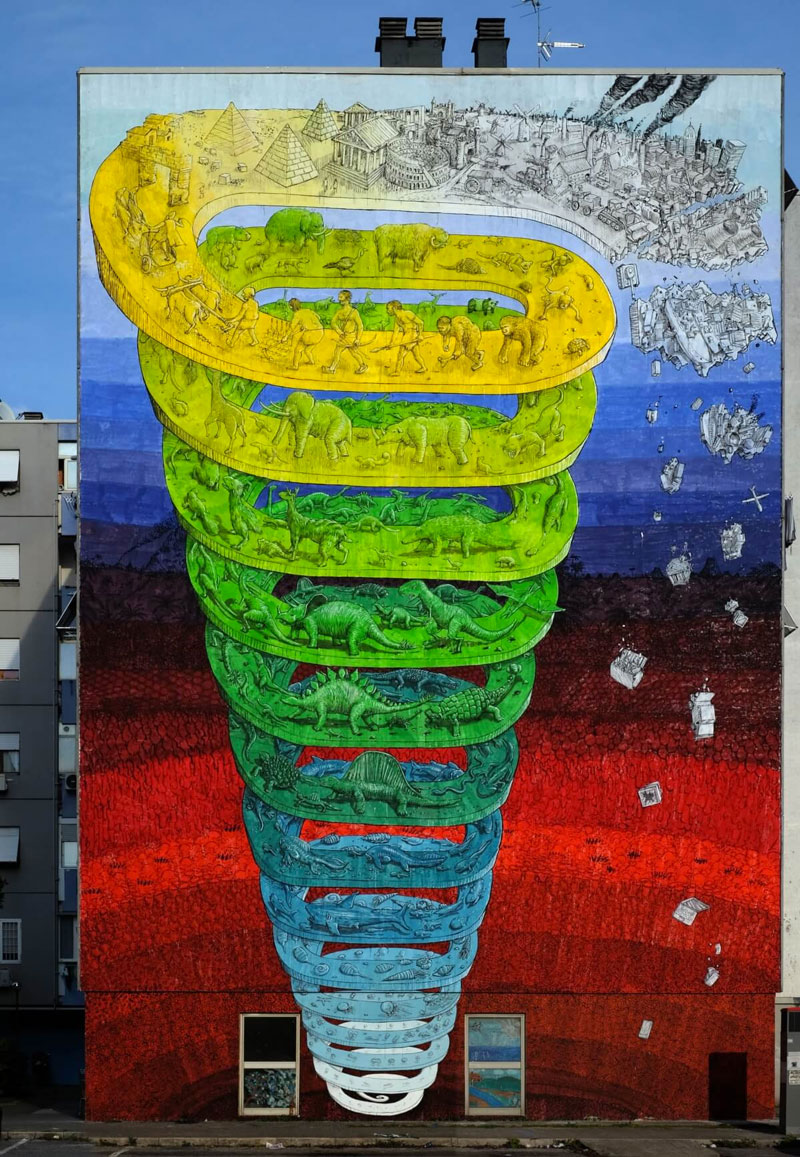 Blu is used to impress everybody with his street art pieces, but this one takes it one step further. At Designer Daily, we were already impressed by his bells and other work, but the spiral of evolution is just impressive. This long ribbon shows the known history of the world and the tiny place we […] 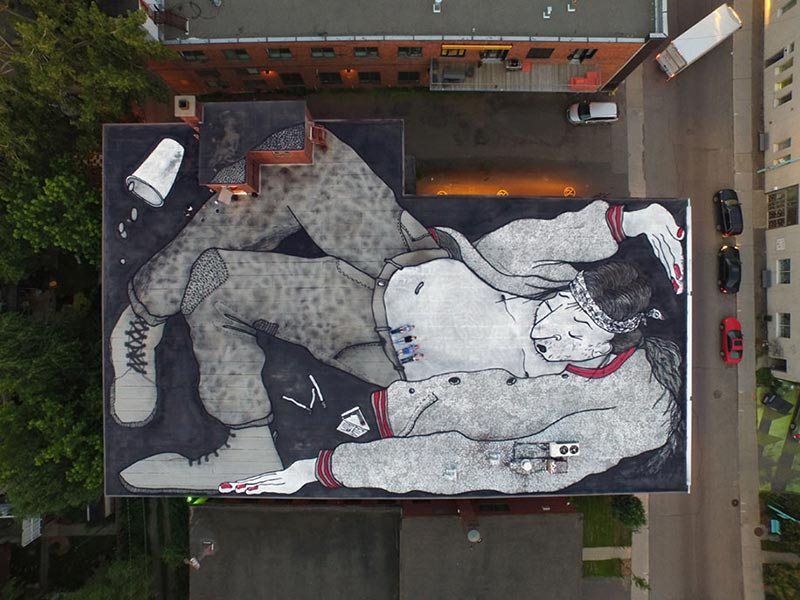 You probably already have seen huge street art before, but this sleeping giants project redefines “huge”. French street artists Ella & Pitr have been working on rooftops to create pieces that can only be seen from the sky. In various locations accross France, the street art couple painted gigantic giants that are sleeping and decorating […] 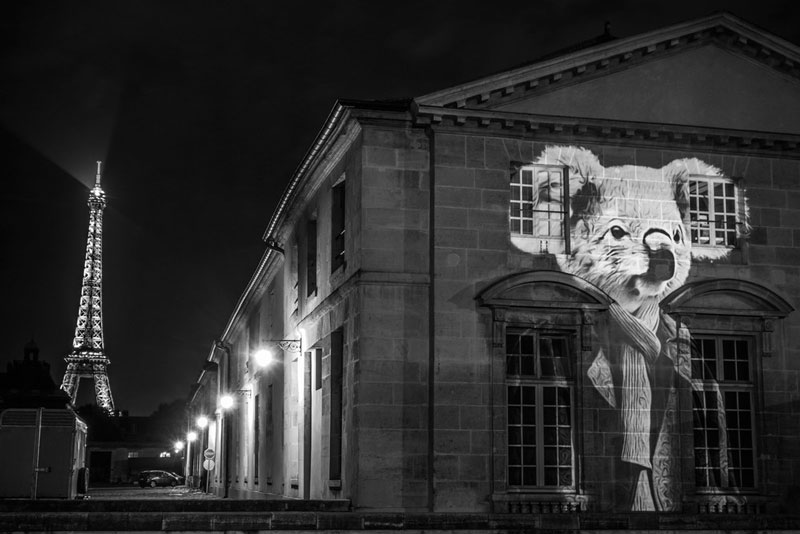 Julien Nonnon is a street artist with a rather special hobby, he likes to project well-dressed wild animals in the streets of Paris. Using video-mapping, the artist creates a new atmosphere and a surreal look-and-feel to the city. The project is titled Urban Safari and questions us on the dress-codes we conform to so easily.