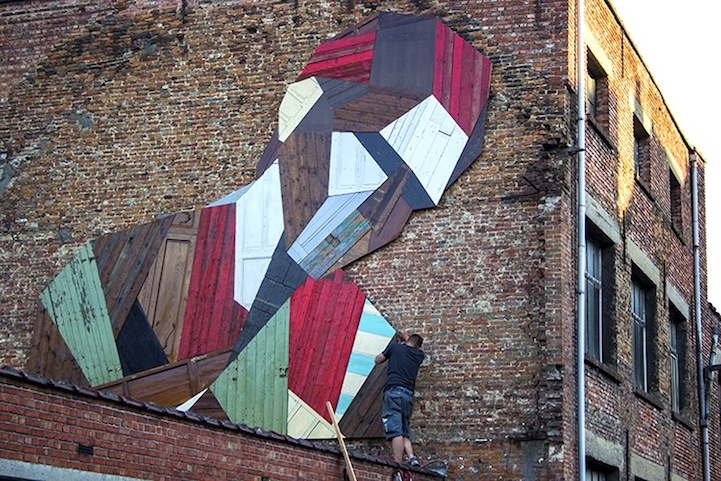 Stefaan de Crook, who goes by the street art name Strook, created a stunning and unusual piece of street art in the streets of Mechelen, Belgium. Instead of paint, the artist used old discarded doors to build the mural. 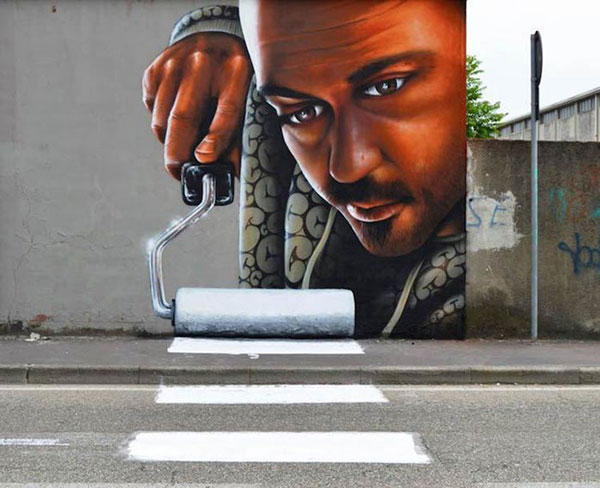 Based in Milan, Italy, street artist Caiffa Cosimo creates playful street art that is sure to amuse bypassers. Most of his pieces cleverly integrate with the surroundings in what looks like amusing scenes of life. 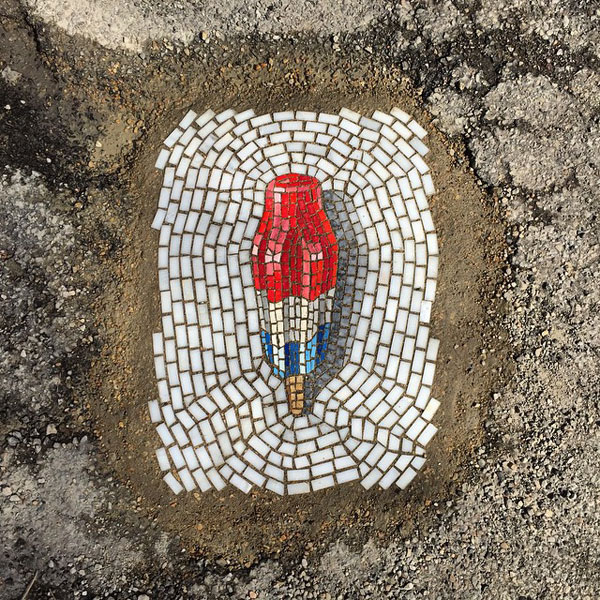 Jim Bachor is a Chicago-based artist whose work took an unusual path. He creates street art pieces that also serve a public purpose, he fixes potholes with mosaics. At first, his mosaics were filled with flowers, but now he add ice-creams in it. This project of his looks like peaceful protesting, but it’s much more […] 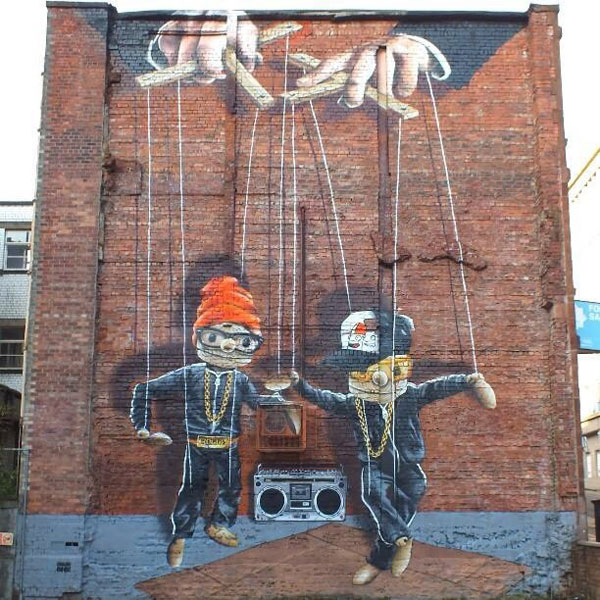 A collection of gorgeous street art from around the world
Tags: Street art

Street art can be amazing and make people’s day, but only for pieces that truly stand out. Unfortunatly, these a spread out around the world, so the only way to see several is to get it together on the internet. Enjoy! Puppetmaster Who is pulling the strings of the break dance puppets? A gorgeous, gigantic […] 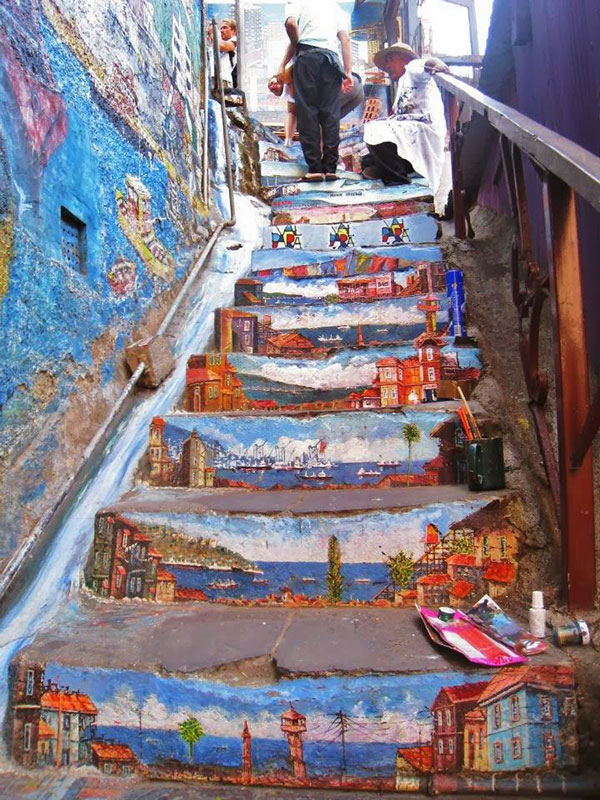 It’s really fascinating to view amazing street arts. When it’s the matter of stairs, the street art can go far beyond and make your eyes feel ‘WOW’. Below we have collected 15 such beautiful examples of street art on the stairs. Have a look at them below! 1. Creative Stair design This is a creative […] 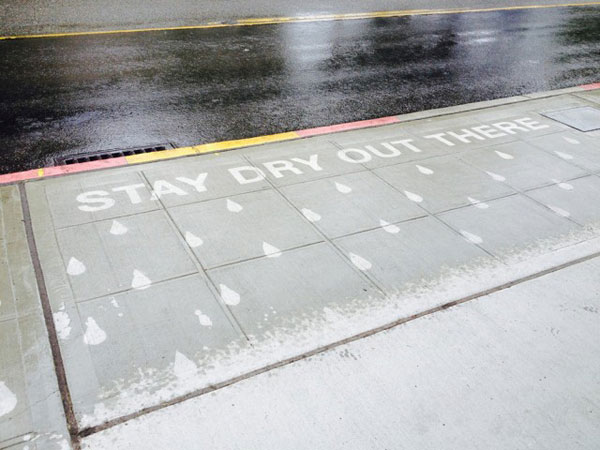 Some people feel down when it rains, and they need to be cheered up a bit. Seattle artist Peregrine Church had an idea to bring a smile to the face of rain-haters, he creates rainworks. Rainworks are positive street art messages that only reveal when it rains. To write down the message and create the drawings, the […] 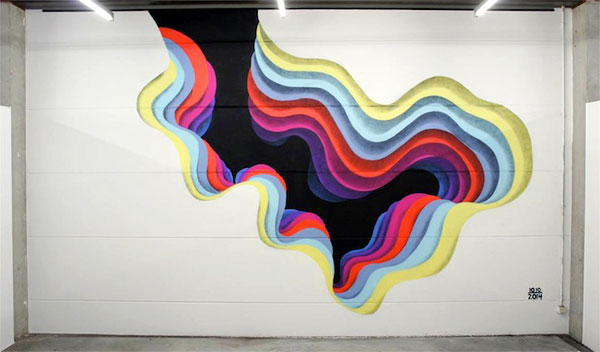 Using vibrant colored layers that get lost into an unknown dimension, street artist 1010 creates stunning pieces aroung the world. The German graffiti artist remains anonymous, but still managed to get his work shown in an art gallery in San Francisco or on the walls of Panama. His work is all done with paintbrush, but […] French street artist OakOak specializes in taking elements in the street to add his art and making it something funny. He did a recent series in which he pays a tribute to Sam Simon, the co-creator of the Simspons who just passed away. He did a few pieces that feature the star characters of the […] 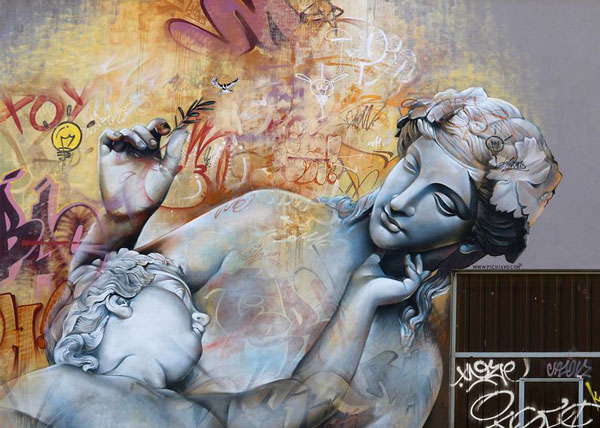 Pichi & Avo are the artistic duo that might finally reconciliate classic art lovers with graffiti afficionados. Their street art pieces use some classic figures and blend it into colorful graffiti texts and drawings. The results are spectacular, and often quite surreal. 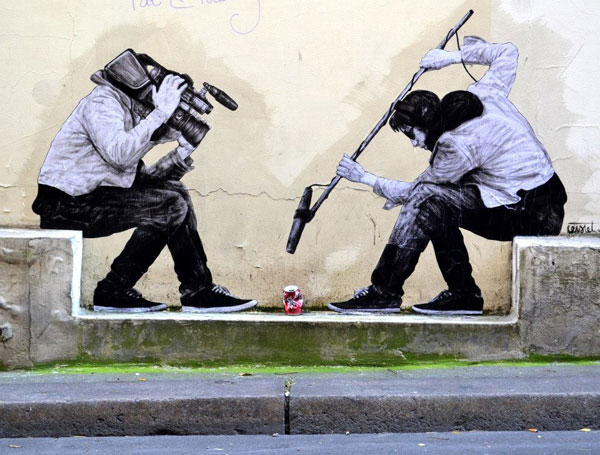 Humourous street art by Levalet in the street of the Paris
Tags: Street art

We already know that street art can be thought-provoking or beautiful, Levalet proves that in addition to these two qualities, it can also be funny. This street artist is a teacher by day, and creates tons of cool art pieces on walls by night. The context is often key to the humour bits, but not […] Lithuanian artist Ernest Zacharevic, also known as Zachas, creates some fascinating paintings in the street. He has a classical training in painting and fine arts, which is maybe the reason why he prefers to be referred as a fine artist who paints in the streets, rather than a street artist. Some of his work features […] 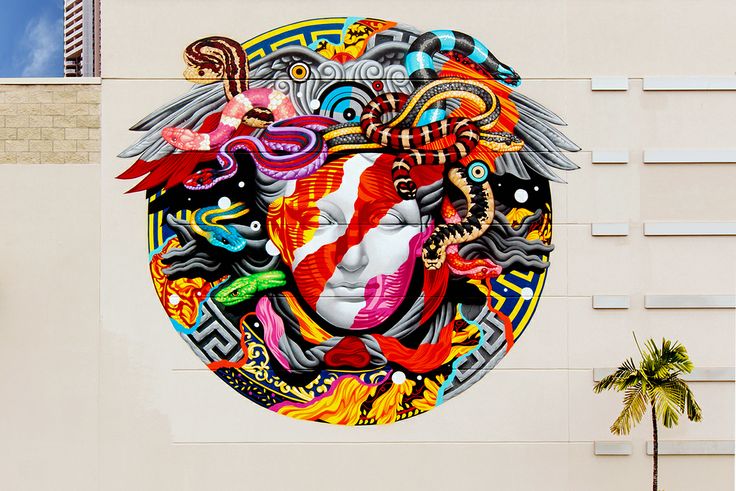 Whenever you walk down the street, seeing beautiful street art attract you and makes you feel great, isn’t it? There are several places in the world where streets are filled with amazing arts. Today, we have collected 20 gorgeous pieces of street art around the world just for you. Check it out below! 1. Hawaii […] 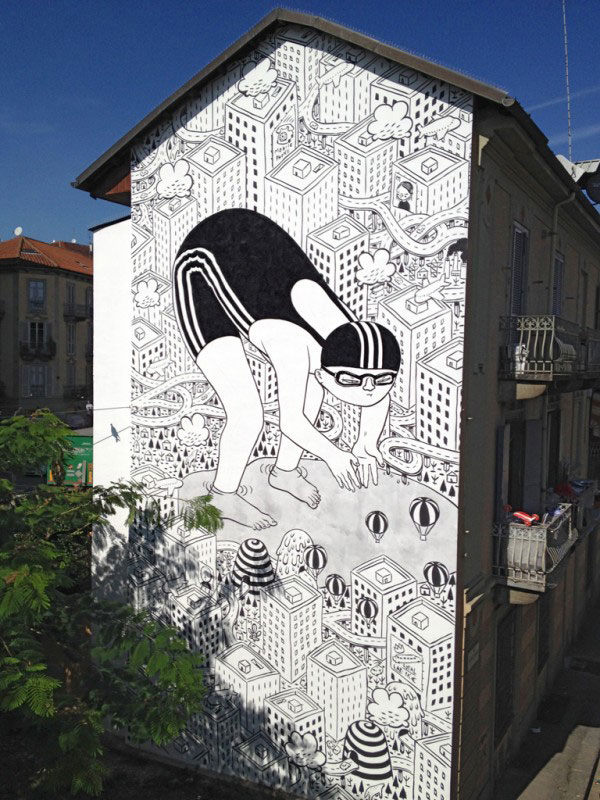 Gorgeous and very illustrative street art by Francesco Camillo Giorgino, an Italian artist who goes by the street name Millo. 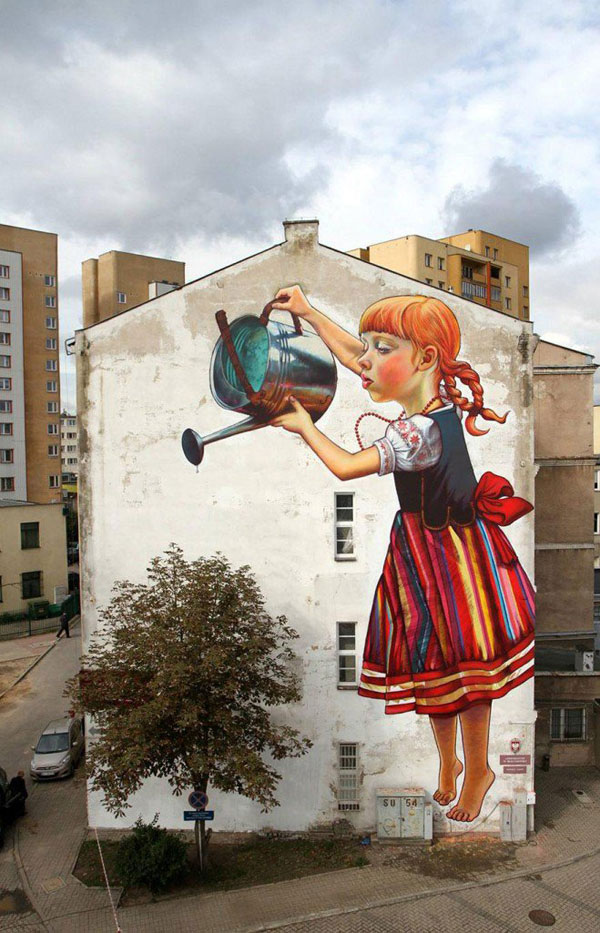 10 street artworks made at the right place
Tags: Street art

One of the main advantages street artists get, when compared to traditional artists, is that they can work pretty much anywhere they want. Of course, this comes with some risks as it is often illegal, but when they work at the right place and adapt their work to its environment, it becomes pure gold. 1. […] 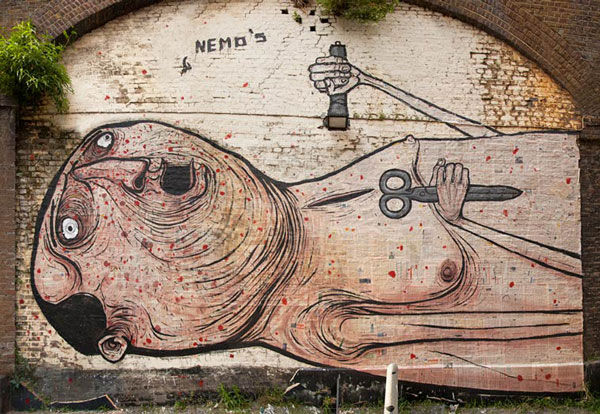 Nemos is an Italian street artist whose work can be seen mostly in Milan area. His work is often a bit creepy, but always well done and thought provoking.