Art is always one of the best sources of inspiration for designers. 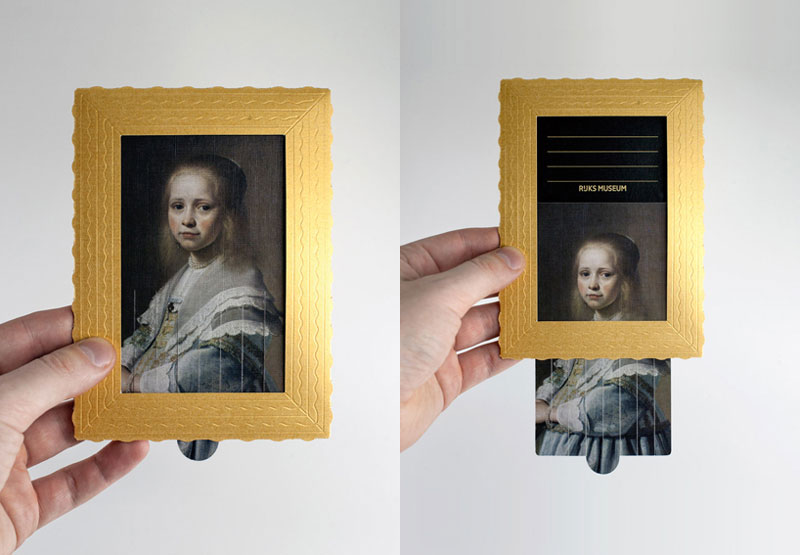 Brilliant art performance, marketing stunt, or sabotage? I’ll let you be the judge of Banksy’s recent actions when he planned and perfectly executed the destruction of one of his auctionned work. What is sure for now is that he made a very strong impression with this happening. Many memes were created on the Internet, products […] 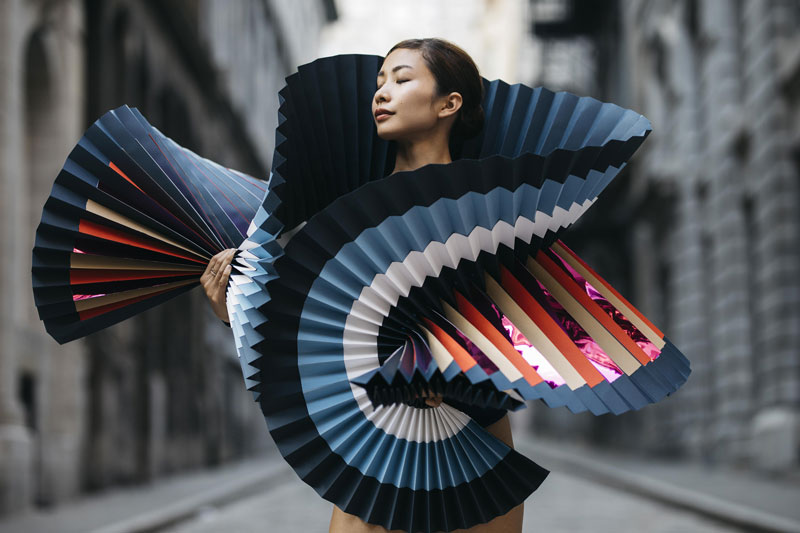 Pauline Loctin, aka Miss Cloudy, is a paper artist whose work is largely inspired by the Japanese art of origami. The movement she can create with folded paper seems to be a math in heaven for dancers. In this interdisciplinary project, the artist collaborated with photographer Melika Dez to create stunning visuals. Russia in the future: a preview by Evgeny Zubkov
Tags: Art, Illustration, Photoshop

What will Russia be like in the future? Evgeny Zubkov explored the topic in his own artistic way, trying to imagine scenes from the years 2046 and 2077. Apparently, Russian grannies will still be wearing headscarves, but they may very well have to feed a different kind of bird. More worrying are the scenes with […] 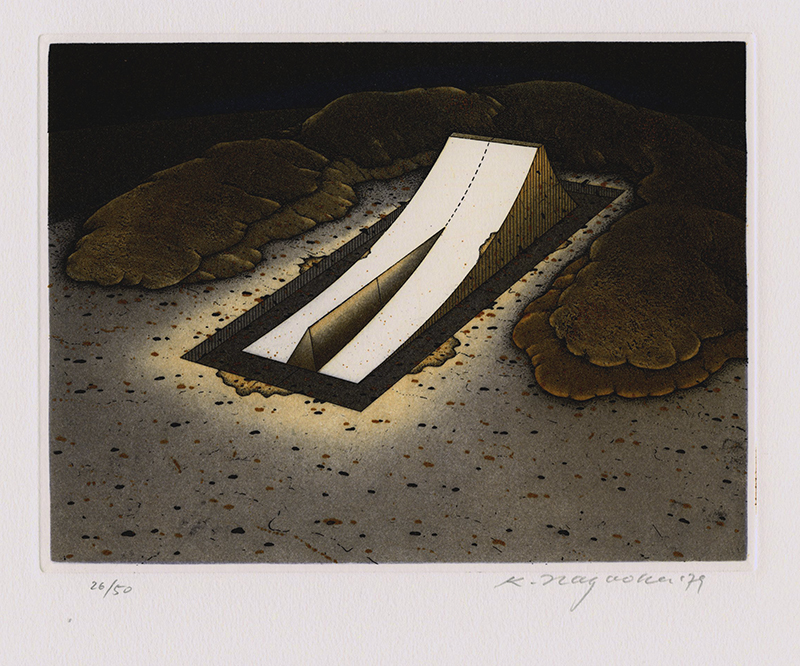 Kunito Nagaoka is a Japanese printmaker with a long career as an artist. Born in 1940, he grew up and studied art in his country, then lived in Berlin, Germany, for 20 years. Now, he teaches art in a Fine Art school in Kyoto. Nagaoka’s work is full of mystery, often involving landscape that include […] 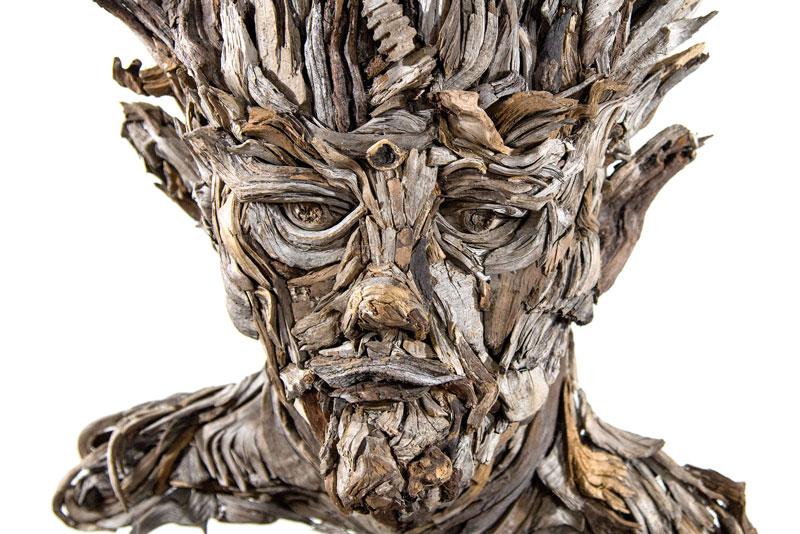 Eyevan Ewing, also know by his artist name “Eyevan Tumbleweed“, is an artist based in California. He creates wonderful and lively sculptures using wood he finds in his strolls in nature. Working using a trial-and-error method, he designs without a plan some sculptures are very expressive and seem to come straight out of the woods. 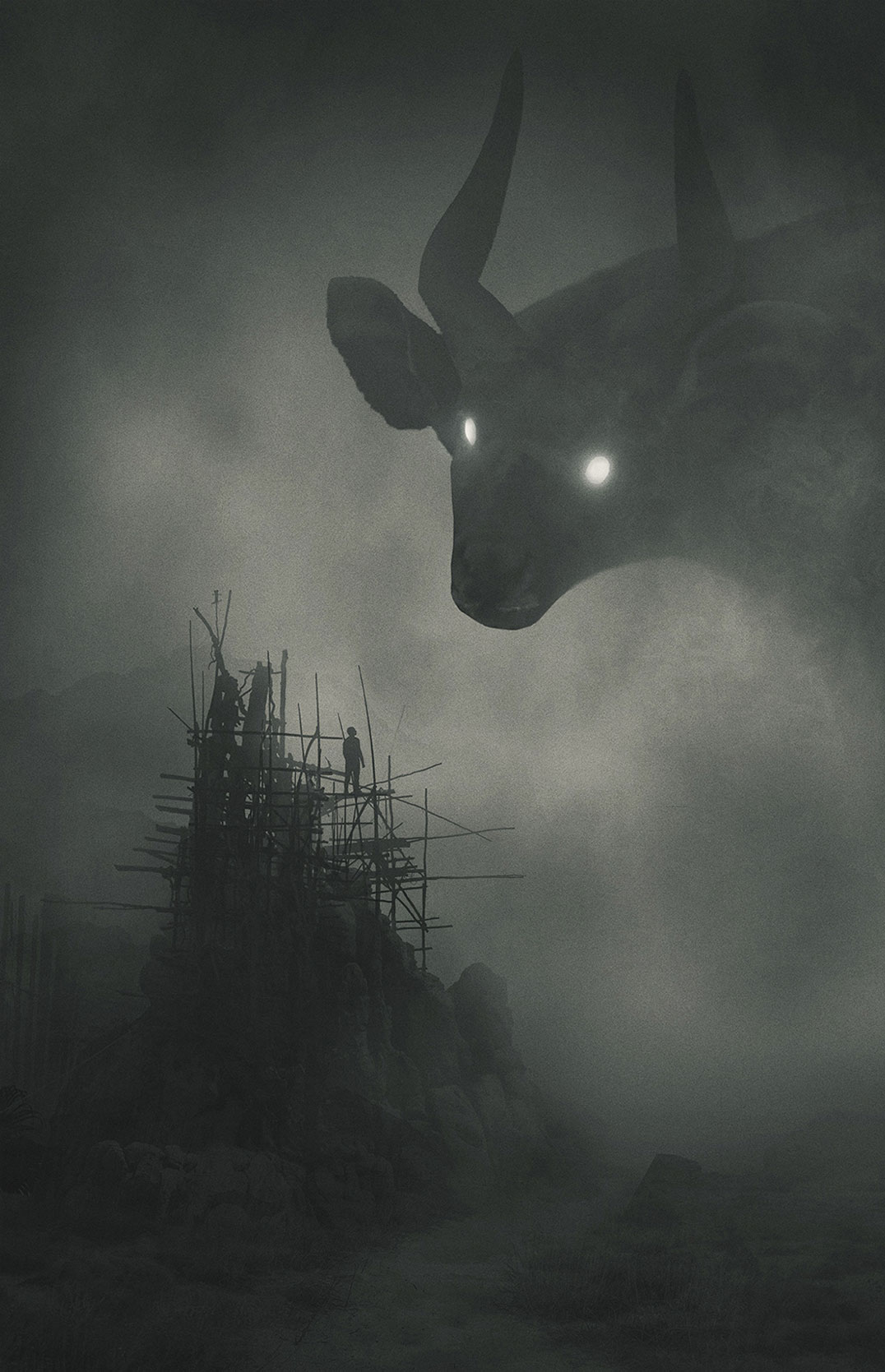 Dawid Planeta is a graphic design, illustrator, and artist from Poland. One of his most prominent work recently is his series of illustration titled “Mini People in the Jungle“. It features dark, colorless scenes with gigantic animals with glowing eyes. As one could have guessed, the artist’s inspiration comes from the dark side, from his […] 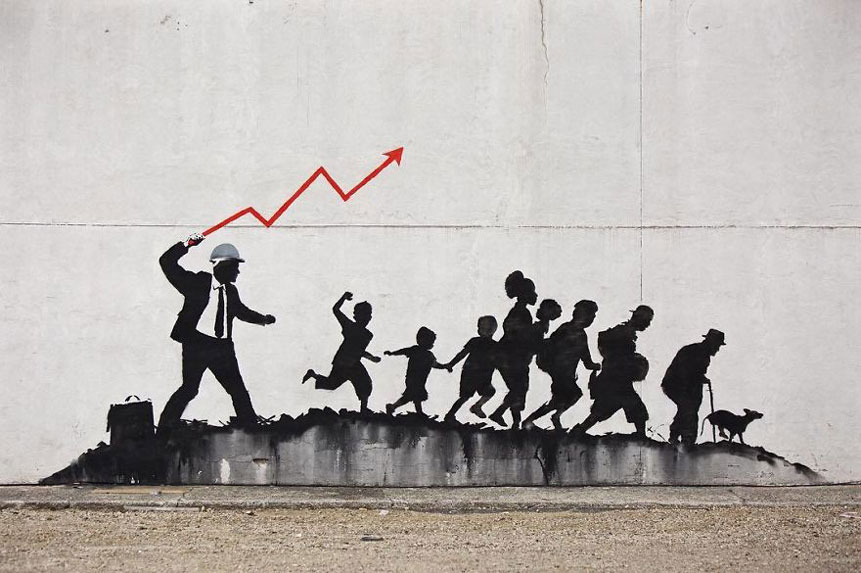 Banksy is in New York, take a look at his new work
Tags: Art, Street art

Banksy is back and apparently, he is in New York. The most famous street artist in the world didn’t lose what made him a celebrity: a strong sense of satire, powerful graphics, and great skills at spraying graffiti paint. In this post, you can discover a few of his recent New York work in the […] 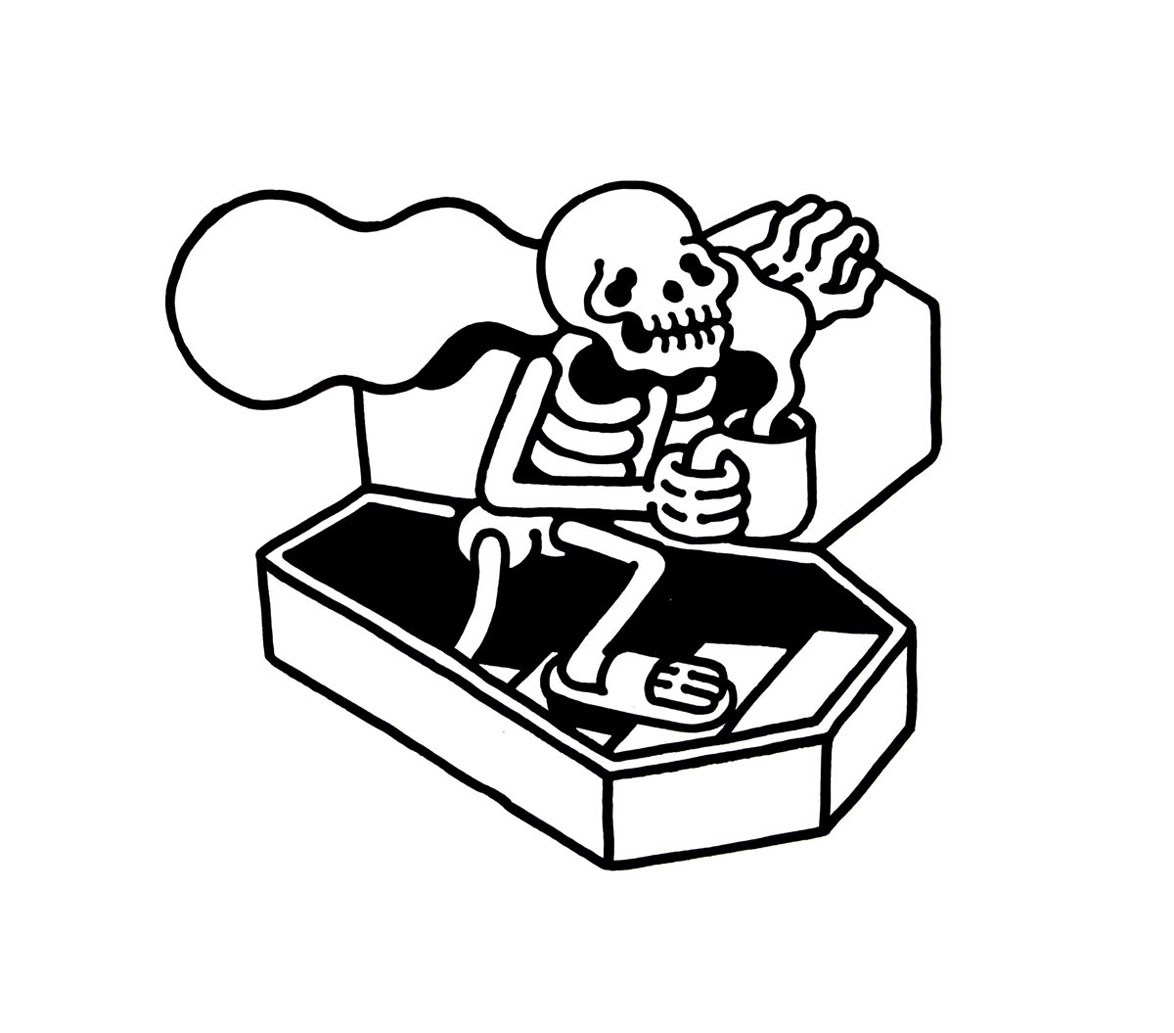 Brazilian artist Muretz is most famous for his street art in large format. In his work, you can meet a lot of skeletons, mostly sad ones. With a large exposure of his work in the streets and on social media, Muretz also made himself a name beyond the streets and his work was on display in art galleries […] 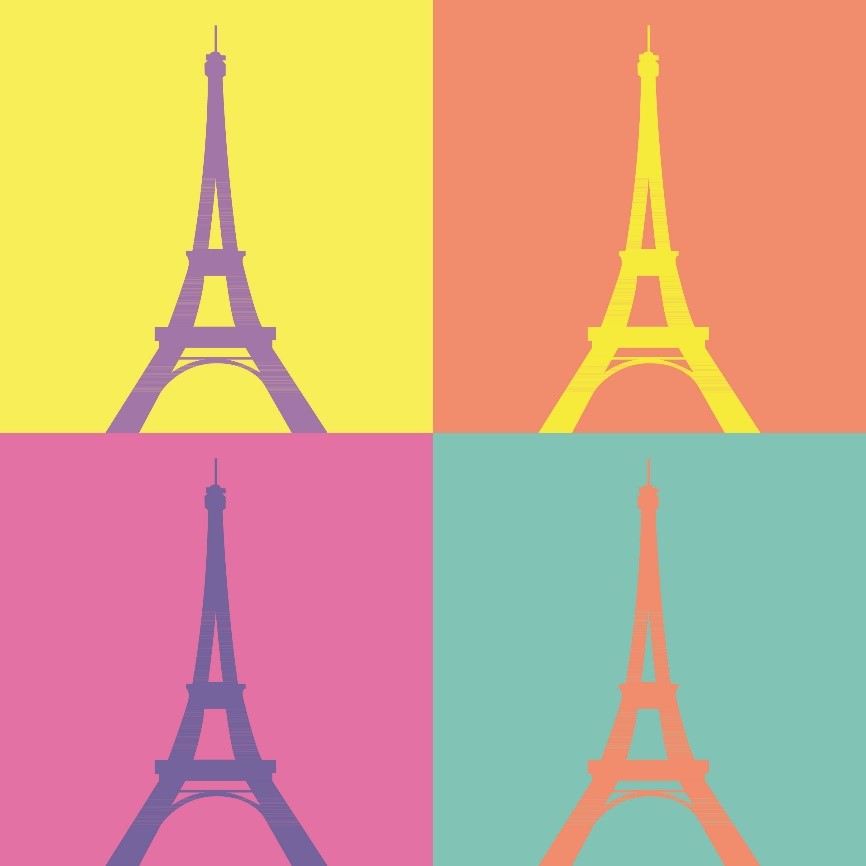 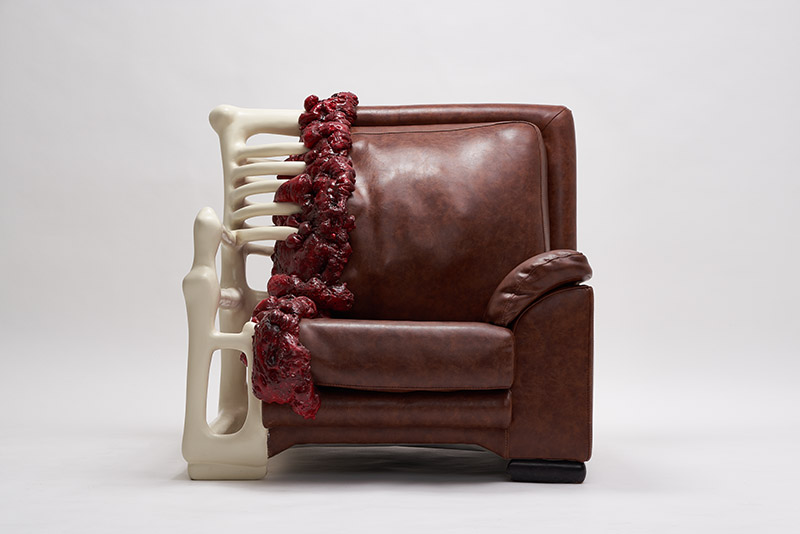 On Designer Daily, we have already featured the anatomy of gadgets or the evolution of type, two projects that revealed a supposed anatomy or evolution of objects and type. Obviously, we were delighted upon discovering the anatomic armchair by Jade T. Cho. The young designer from Korea took a vintage armchair and exposed some bones […] 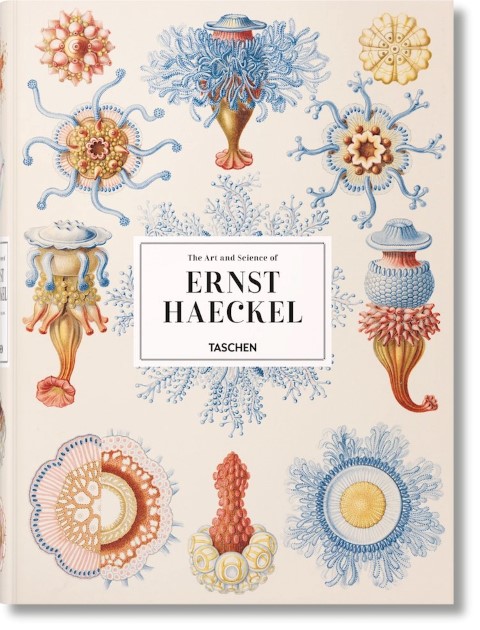 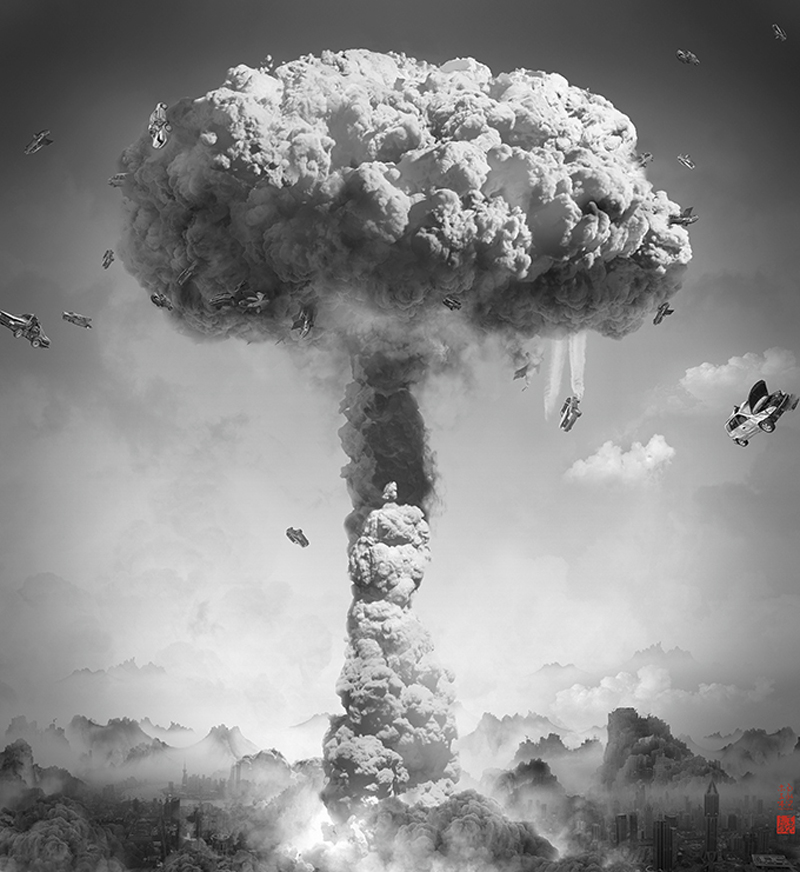 Yang Yongliang is a Chinese artist based in Shanghai. He has a background of traditional Chinese art, such as calligraphy or painting, that started from a very early age. He pursued further art education at Hong-Kong Chinese  and Shaghai Fine Arts Institute. He turned this knowledge into something new using modern digital art techniques. His work has […] 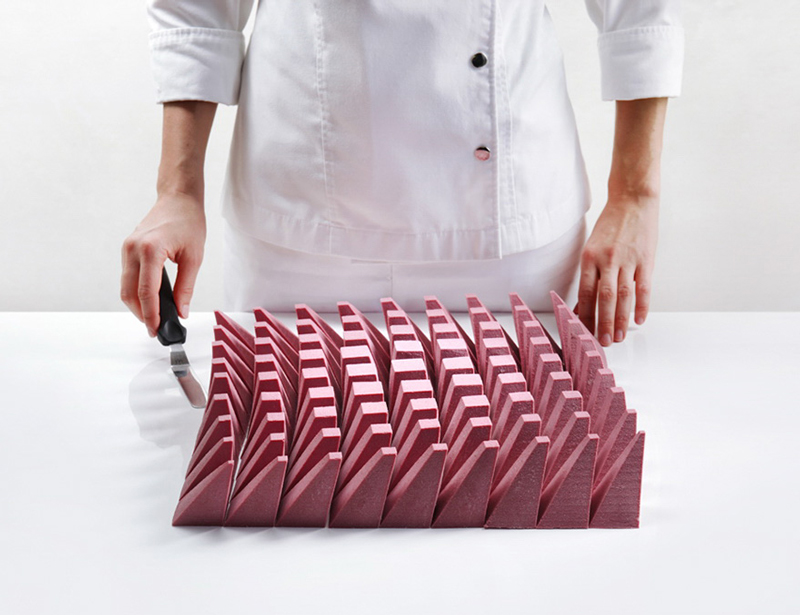 An impressive cake designed with the help of algorithms
Tags: Art, Food

What happens when a talented designer, architect, and 3D artist combines her passion for baking cakes with her professional skills? The answer is in pictures in this post, with one of the latest creations by Dinara Kasko, a designer gone pastry artist. Thanks to the power of the Internet, this Ukrainian housewife mashed up her […] 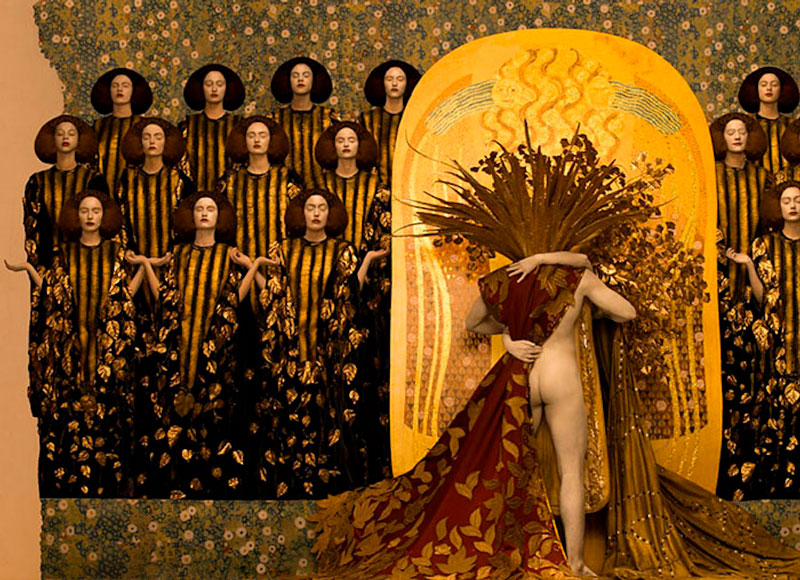 Inspired by famous Austrian painter, photographer Inge Prader took upon herself to recreate it by designing a scene and photographing it. The results are stunning, with more than just a copycat feeling, but a really new artistic perspective on Gustav Klimt’s most famous paintings. 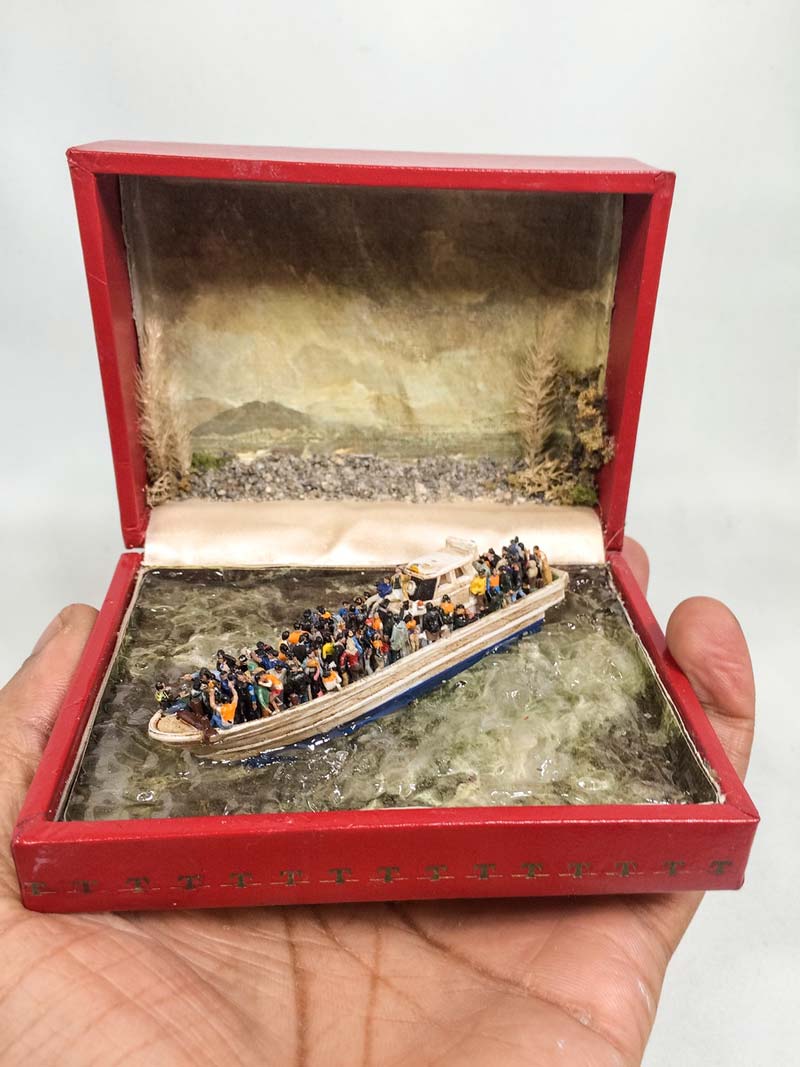 Curtis Talwst Santiago creates tiny worlds that fit inside jewelry boxes. If you are as clumsy as I can be when it comes to handycraft, you can only be in awe in front of this artist’s work.