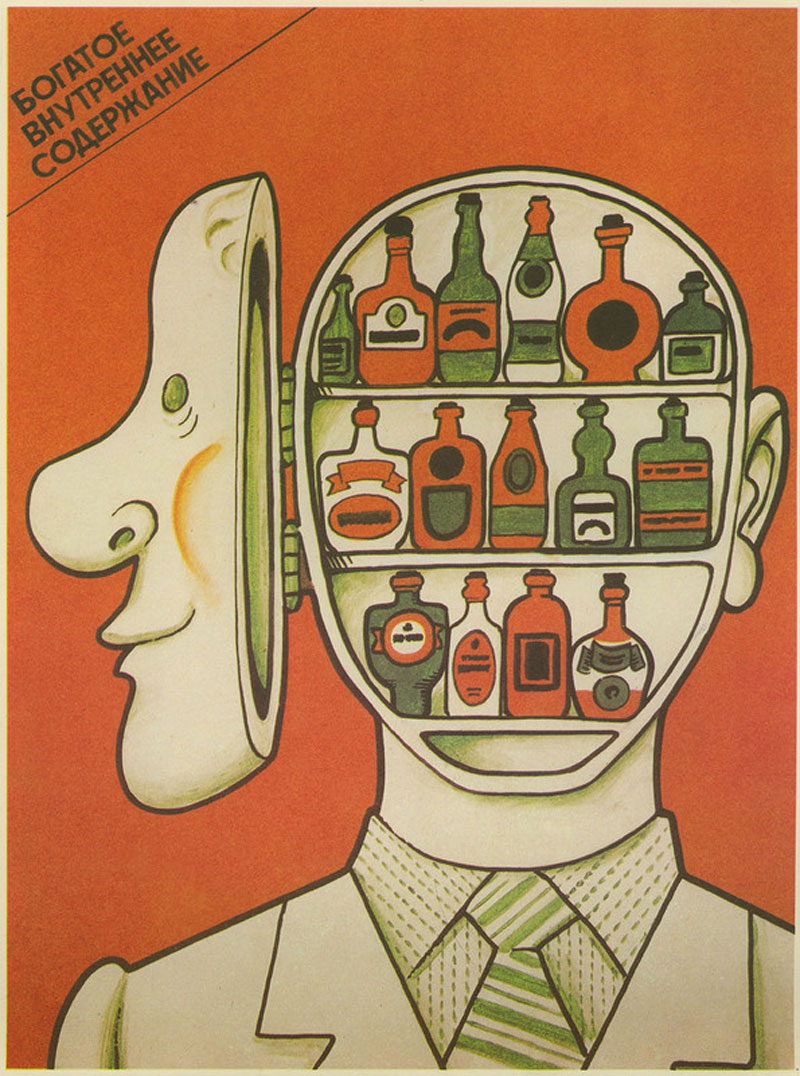 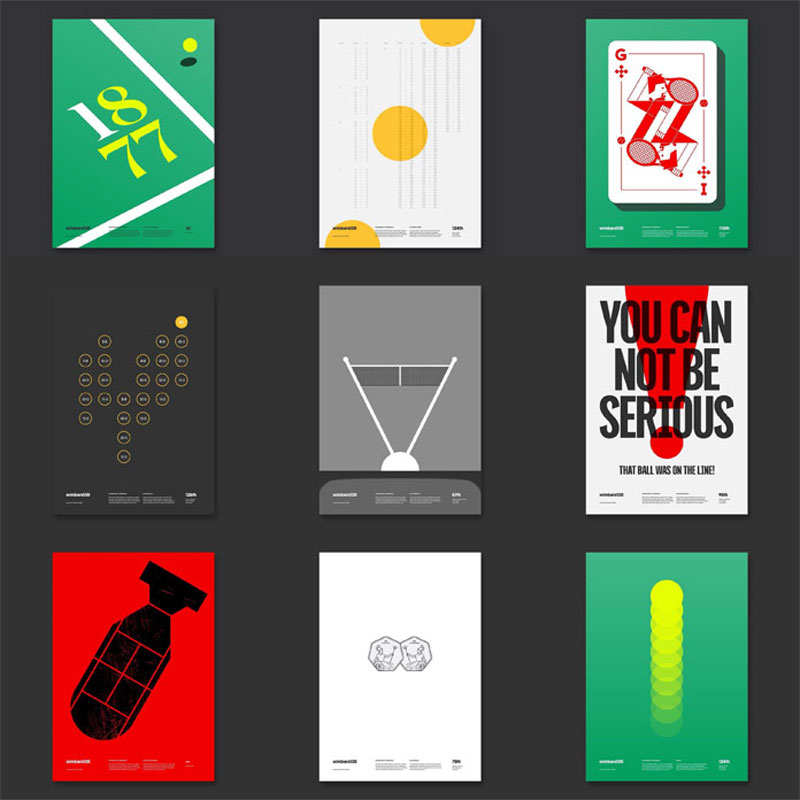 The 2016 edition of the Wimbledon tennis tournament is about to end, unfortunately without Roger Federer. This year’s edition marks the 130th anniversary of the tournament, which makes it the oldest in addition to being the most popular. To celebrate this anniversary, London based design studio Deuce has created a series of thirteen posters that […]

Michal Krasnopolski is a Polish designer who graduated from the Strzeminski Academy of Fine Arts in Lodz, he currently works in the design industry in his country, where his work in advertising was often featured. Being a fan of old thrillers, he decided to do a series of movie posters dedicated to Alfred Hitchcock. He […] 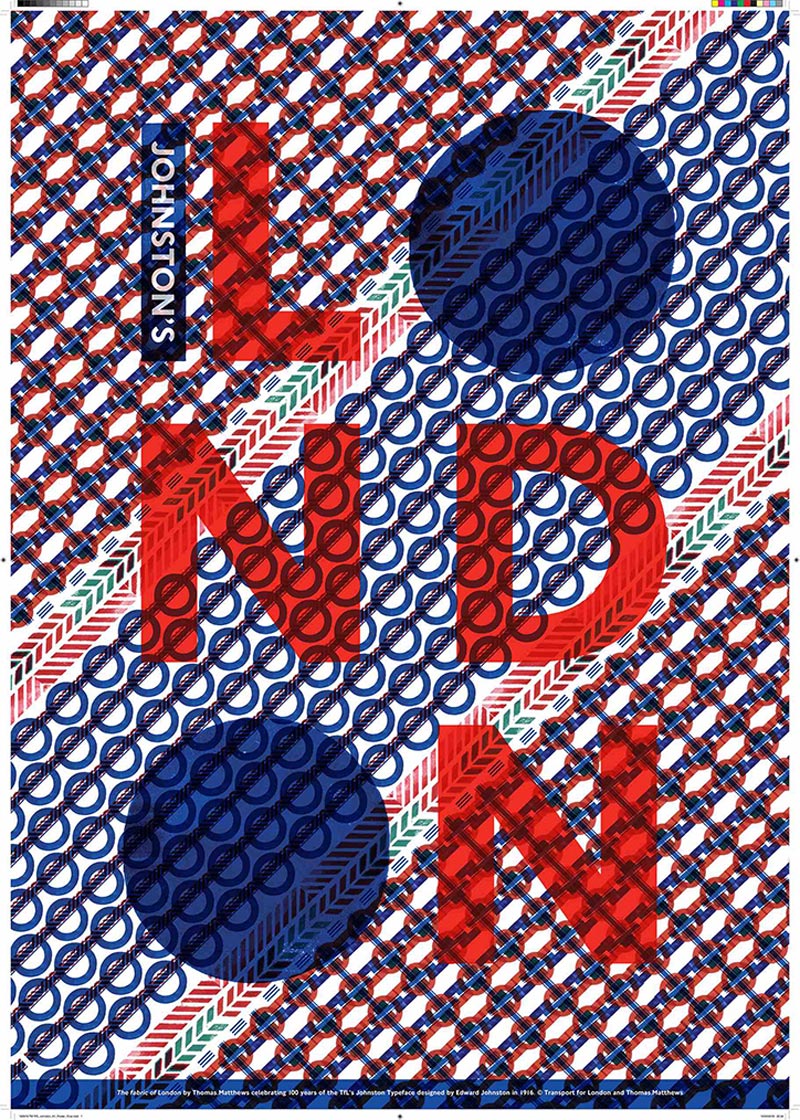 Patterns, by Thomas Matthews. On Designer Daily, we already shared Monotype’s redesign of the Johnston font: Johnston 100. However, there was another celebration of the typeface’s anniversary. Great designers and agencies designed a collection of great posters to celebrate. The result is a display of the variety of designs you can achieve with a single […] 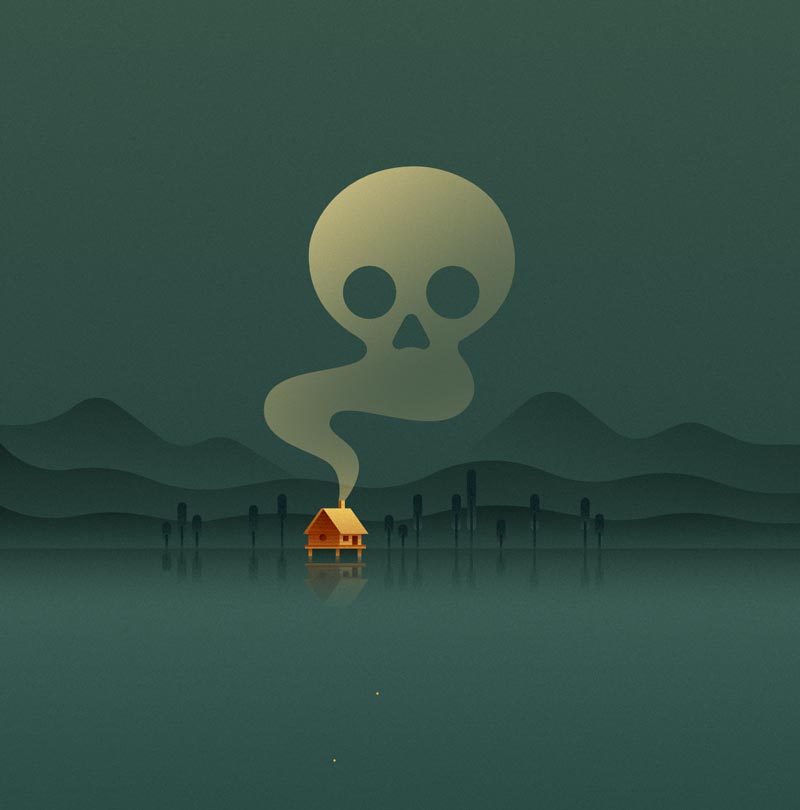 Based in Vilnius, Lithuania, Justina Leisyte is a talented illustrator who creates colorful artworks. Her work can be seen on her Behance page, where she goes by the name Julei. 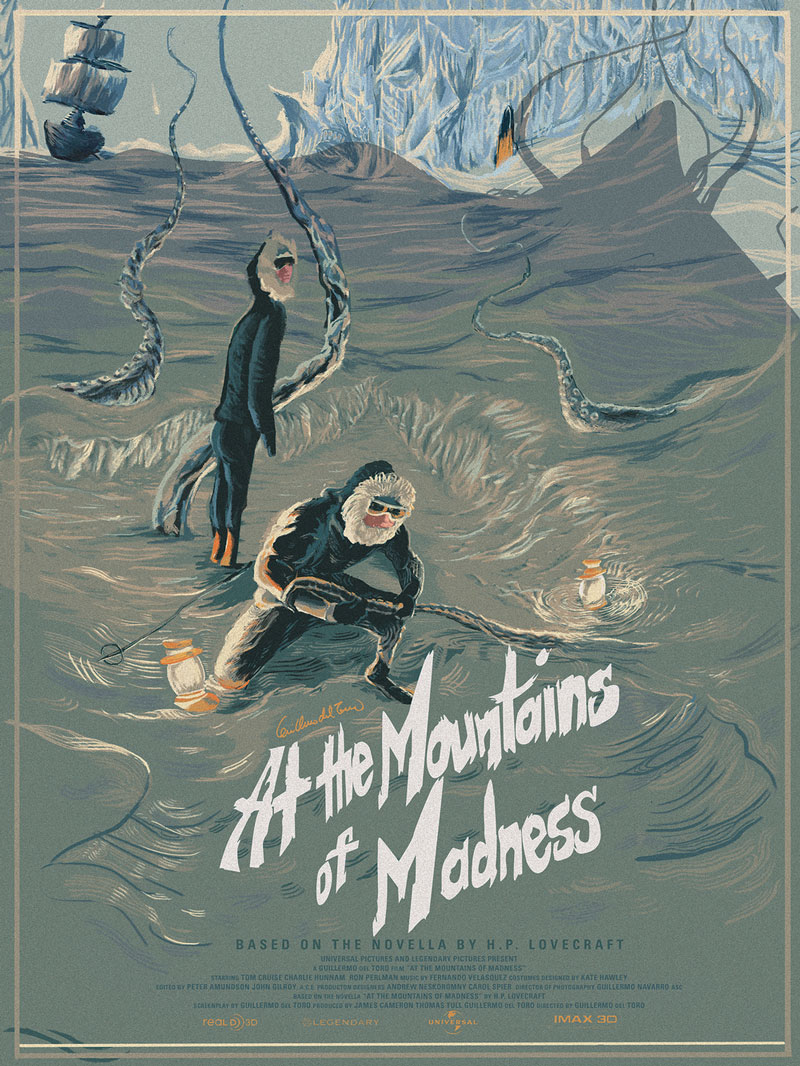 Unfortunately, not all great movies saw the light. Some movie projects with great film directors were predicted, but never happened for one reason or another. But what if these movies were filmed? What would the promotional posters look like? Illustrator and poster designer Fernando Reza tried to answer that question by taking on the project […] 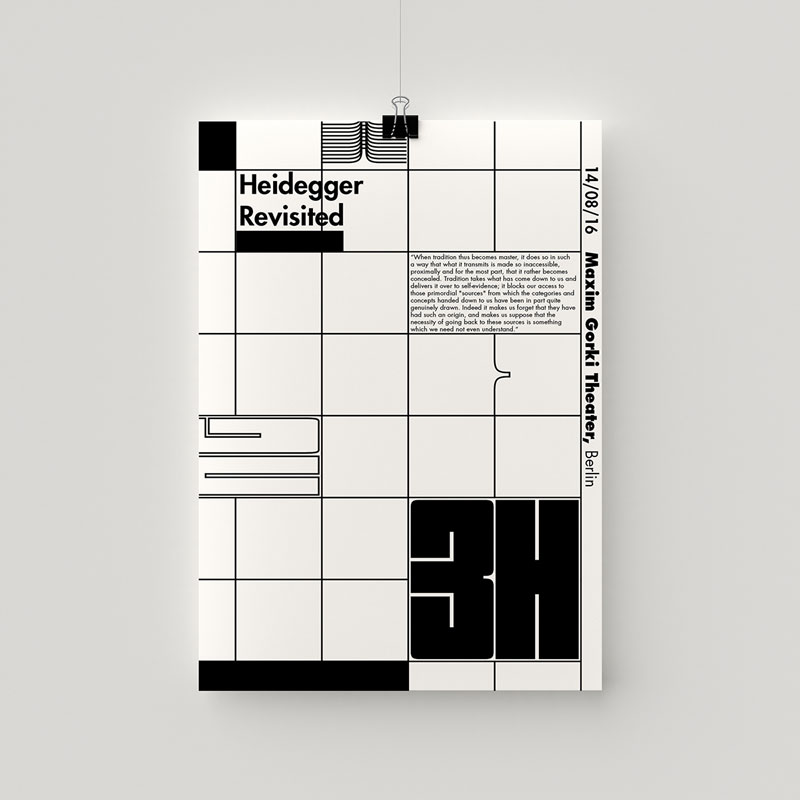 Based in Berlin, Devran Dogaroglu works as an art director and designer. In this project, he created posters for the Maxime Gorki Theater. Each poster communicates a lecture about a famous philosopher. The posters are grid-based and the grid is made apparent. The “3H” (name of the seminar) is featured as a big block in […] 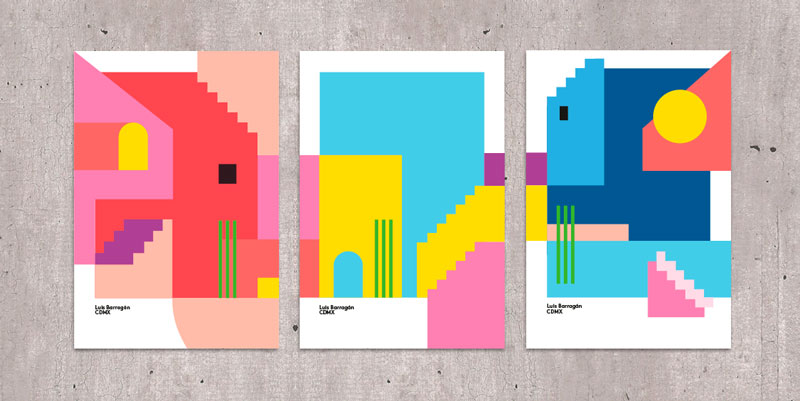 The work of Mexican architect Luis Barragan inspired this series of posters by Ingrid Picanyol. She found a way to visually represent the landscapes on paper, using geometric shapes and bright colors. 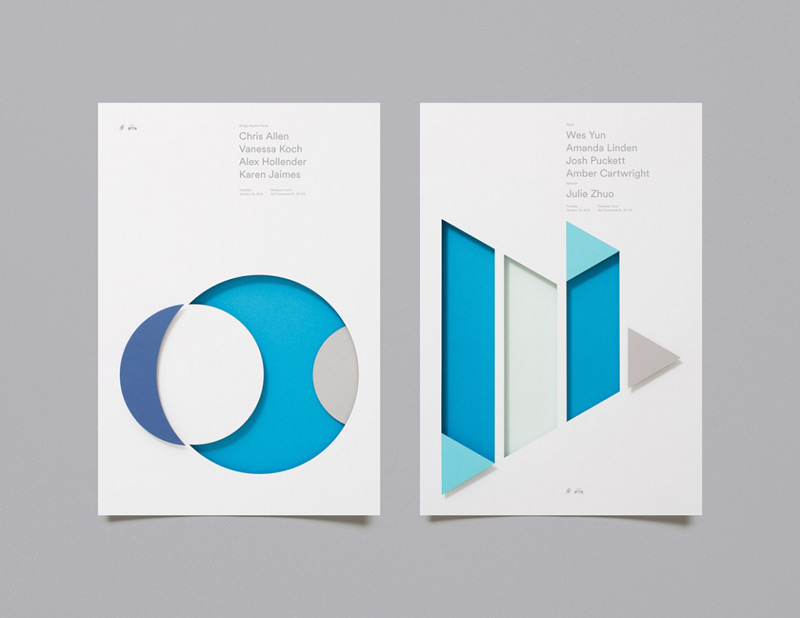 A set of posters designed by San-Francisco based agency Moniker for Designer Fund, an investment group dedicated to projects led by designers. Using abstract forms and paper cutting, Moniker created these posters for the Bridge speakers. 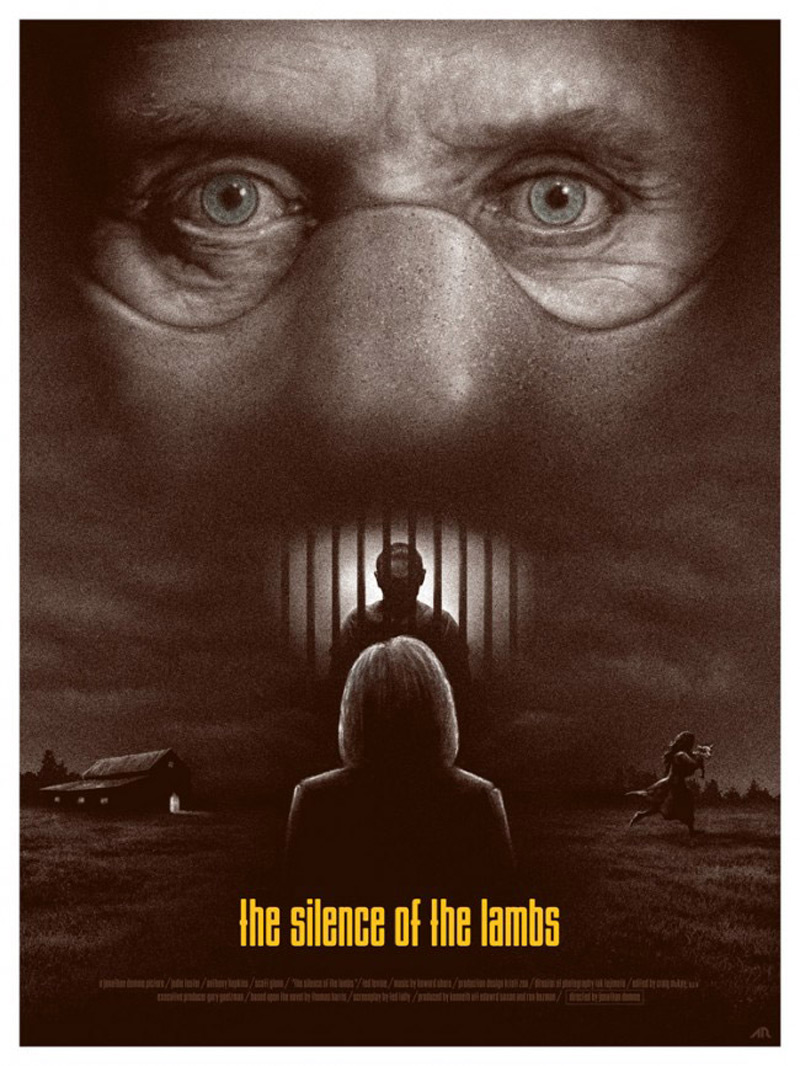 Adam Rabalais is a graphic designer based in the Los Angeles area. Being a film geek, he enjoys working on alternative movie posters. He creates powerful posters that would often be a perfect fit for the movies, giving him a portfolio that could land him some serious jobs in that industry. 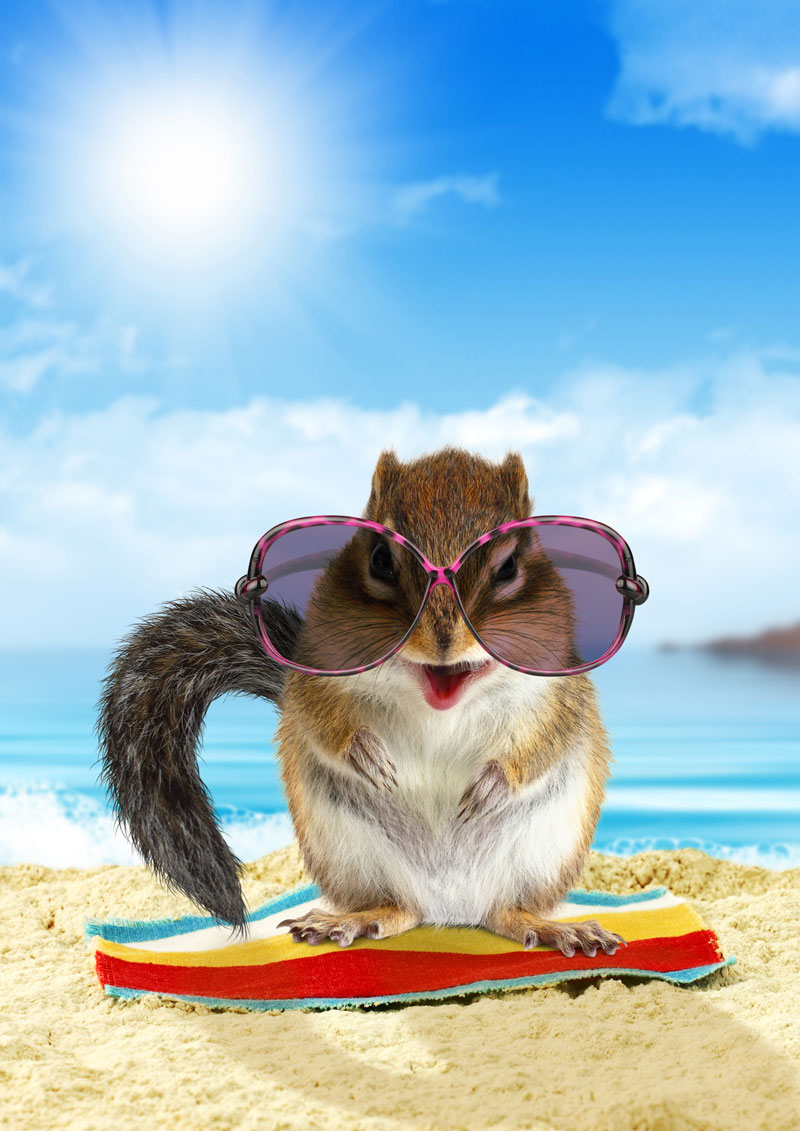 A collection of funny posters to cheer up your interior
Tags: Interior design, Poster design

Nowadays, humor is one of the trendiest tendencies in interior design. A positive design will certainly be well perceived by people of all ages and with various ways of life. The humor may be used in different ways: you may use funny accessories, furniture of interesting forms, bright posters and paintings etc. The elements of […] It’s somewhat reassuring that legendary designers like Saul Bass also had some designs rejected, it makes them a bit more like us. Obviously, having your designs rejected by Stanley Kubrick isn’t exactly like being rejected by your local garage for their newspaper ads. On this post you can see the five first designs submitted by […] The Force is with Russell Walks. The talented American illustrator seems to have some extra powers when it comes to create stunning illustrations and poster art. He can already be proud of an impressive list of prestigious clients that include Paramount, Time Warner, or Marvel, among others. For these clients, he specializes in creating alternative […] 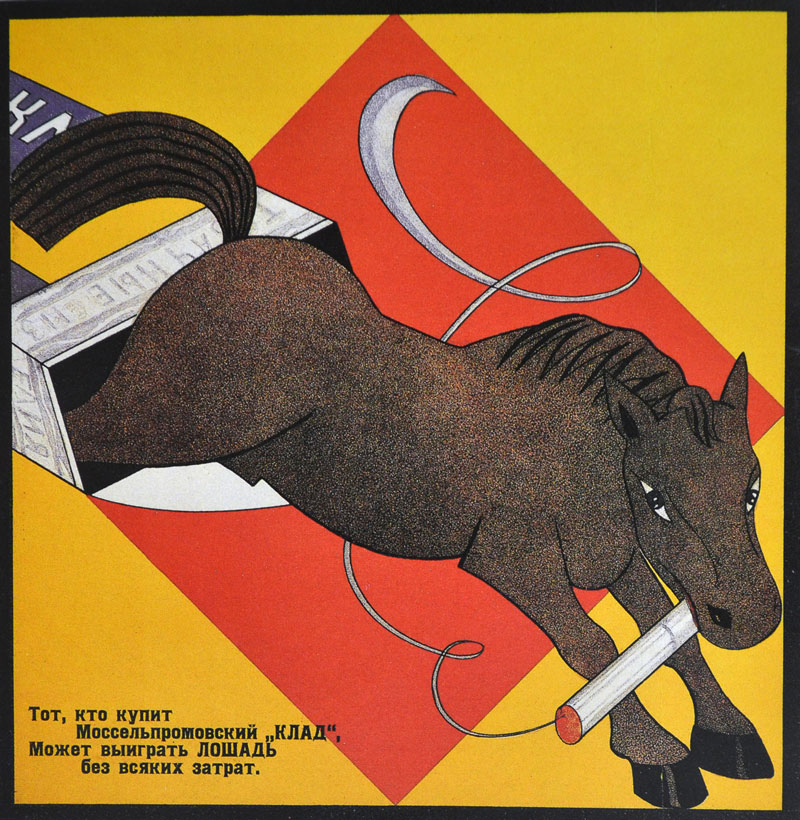 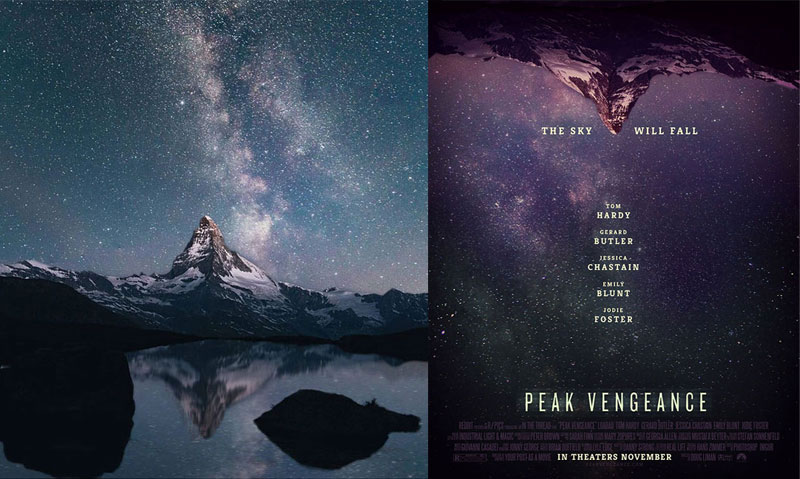 This designer takes random photos on the Internet and turns them into movie posters
Tags: Graphic design, Poster design

For their usernames, some Reddit users don’t look too far and just describe what they do, like shitty_watercolour for example. Another user has been playing with photos he find on Reddit, Your_Post_As_A_Movie. That user, who is probably a designer with a lot of time on his (or her) hands, takes photos on the social network and […]